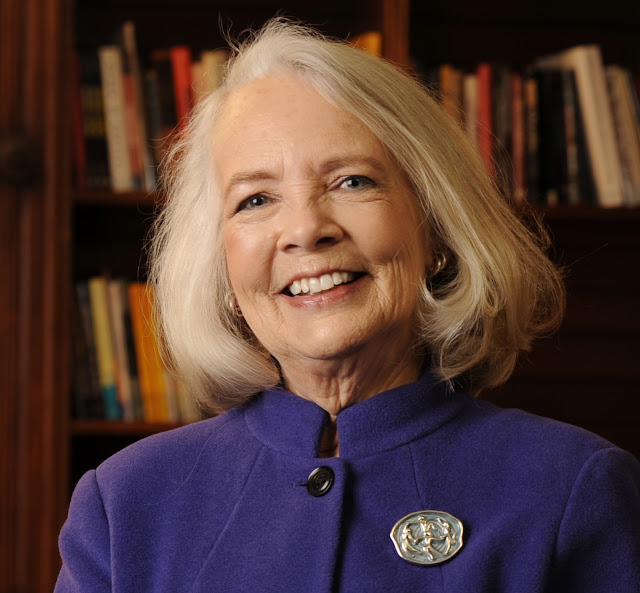 Susan McGee Bailey, PhD served as Executive Director of the Wellesley Centers for Women (WCW), and a Professor of Women’s & Gender Studies and Education at Wellesley College for 25 years.

Following college she taught in Asia, Latin America and the United States; experiencesthat fostered her commitment to gender equitable education as a cornerstone ofactive citizenship. As the principal author of the 1992 AAUW Report: How Schools Shortchange Girls, her insights fostered national public dialog on gender in K-12 education.

The years living abroad also strengthened her belief in the importance and power of women’s global connections. Currently she sits on the Board of the Institute for Women’s Studies in the Arab World at Lebanese American University in Beirut, Lebanon and is a member of the Advisory Council of Boston’s Ford Hall Forum. She has served on a variety of boards including the Board of the National Council for Research on Women, which she chaired.

Susan earned an M.A. and Ph.D. from the University of Michigan and held a postdoctoral fellowship in public health from Johns Hopkins University. Before joining the Wellesley Centers, she directed the Resource Center on Educational Equity at the Council of Chief State School Officers in Washington, DC, the Policy Research Office on Women’s Education at Harvard University and held various posts at the Connecticut State Department of Education.
Susan has received numerous awards for her research and public advocacy, is frequently quoted in the media and has appeared on a variety of radio and television programs. In 2011 the National Council for Research on Women spotlighted her as a feminist icon. As the single mother of a developmentally and physically challenged daughter, she has worked for more than 35 years with community organizations addressing the needs of disabled children.

A firm believer in the continuing reality of the feminist adages: that the personal is political and that there are no individual solutions, she is delighted to join Girl w/Pen and will be blogging once a month at SECOND LOOK with posts focusing on where we’ve been and where we need to go.

Introducing our newest blogger: Susan McGee Bailey, Ph.D. Susan served as Executive Director of the Wellesley Centers for Women (WCW) and as a Professor of Women’s & Gender Studies and Education at Wellesley College for 25 years. Welcome, Susan! -Girl w/Penners

“House Passes Gutted Version of  Violence Against Women Act”: the headline hits me like one more punch in an already bloody nose. But I am a 40 year veteran of the gender wars. For 25 of those years I directed the Wellesley Centers for Women (WCW), one of the nation’s largest and most influential gender focused research and action organizations. Despite the disheartening direction of current policy debates and the frequency of misogynist remarks, I have learned not to succumb to the paralysis of discouragement.

In the 1960s “careers” for young college women were in the “‘type, teach or ‘care for’” range.  Without a degree the options were even more restricted. Every summer I earned money for college by working as a waitress. I learned about things we had no name for then:

Dottie arriving in dark glasses that she kept on all day, “They cover the bruises, honey. It’s hard for Jack to be home with the kids. He gets upset with me.”  Linda, a single mom, calling in sick; we all knew it met she had no one to stay with baby Sammy. Both women were supporting their families.

In those days women’s employment options were limited, not by the economy, but by society.  Some of us insisted on a different path. We forced major changes. Female construction workers, TV newscasters, and corporate managers were a rarity five decades ago. Today’s graduates confront a dismal economy, but can take for granted a wide range of career choices.

In fact, choice is assumed not simply in employment and the ability to seek legal protection from gender violence, but in our right to control our own sexuality and reproductive health. At a time when birth control pills were newly invented, domestic violence invisible and abortion a crime, women lacked  control over our bodies in ways sometimes hard for today’s young women and men to grasp.

Suddenly this spring ignorant anti-woman statements, strident voices and proposals on contraception and reproductive health that would turn the clock back a half century again surround us. Some protest that talk of an anti-woman agenda is being promoted simply as a distraction from ‘truly important’ policy issues. Nothing reminds me more of the 1960s than this classic dismissal of women and our concerns.

But there is also widespread outrage, and nuanced rebuttal. The reality that women are individuals who make a range of different choices for themselves is widely proclaimed by tweeters and  bloggers from both left and right.

Ten years ago such analyses came almost exclusively from feminists struggling to be heard.

Not that the ‘war’ over. Each day brings new and outrageous policy proposes that threaten the well being of women and children.  Still, awareness has grown. There is a good chance that key issues related to women’s health, sexuality and employment will remain on the public agenda throughout the election cycle. This is positive. Keeping these concerns in the forefront of public debate where the absurdities can be exposed and countered, is the upside of the demeaning negativity. There is no time for anything but hope and the energy it provides.