The essentialist and dichotomizing battle over who is ideologically, morally, indeed humanly, more advanced (the West or the rest), has for centuries been fought over women’s bodies. A few hundred years ago the rationale for imperialism in the case of the British Raj included the idea of white men saving brown women from brown men. The post 9/11 invasion of Afghanistan was also partly justified as a war between good and evil, with the US representing all that is good in terms of democracy, human rights, and, significantly, women’s rights.

The same debate, boiling down to the ideologically simplistic question of “who is better?,” continues to be fought over Muslim women’s bodies. In recent months, this has been acutely evident with the Syrian refugee crisis raising pressing questions in Europe about whether “these” people can assimilate given the difference in cultural values; as well as with the alarming stories of seemingly “modern” young women’s recruitment to the decidedly fundamental ranks of ISIS on the promise of marrying a jihottie. 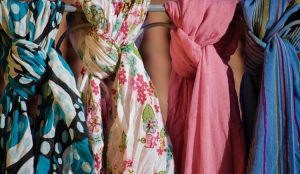 Perhaps the most visually potent symbol of this assumed backwardness of Islam is the headscarf that some Muslim women wear. How emancipated can Muslim women really be, the argument goes, when they have to cover themselves lest they sexually tempt men?

So it’s unsurprising that much feminist scholarship on Muslim women, especially in the US, has sought to illuminate and unpack the multi-layered meanings of the headscarf for women who wear them – meanings which extend beyond religious identities and injunctions. Scholars have shown that for some Muslim women, wearing the headscarf is a defiant way of embracing their besieged cultural and religious identity; for others, particularly African American Muslim women, the headscarf offers a way of transcending a national, cultural context where black female bodies are particularly hyper-sexualized. This research highlights the idea that what may seem to some an incomprehensible and even regressive practice, is actually a far more nuanced, and oftentimes times agentic, experience for women themselves.

In my ethnographic study of American coverts to Islam at a conservative Sunni mosque in the United States, these experiences rang true for my participants. But they also rang incomplete. By imagining veiling as a necessarily agentic act, as much recent sociological research on religion has done, we obfuscate how religious injunctions – including in the act of veiling – can, and do, normalize unequal gender relations within, and even outside of, religious institutions, as they push women toward accepting certain unequal practices as divinely ordained.

Much of the sociological research on veiling in the United States, amongst converts and born-Muslims alike, imagines veiling largely as an individual choice. My own data suggested a more complicated process. From the women I interviewed and in my observations at the mosque I found that women in the process of converting were constantly being taught – through religious classes that new converts attended – about the proper way to be a Muslim woman. This unequivocally included wearing, at the very least, a headscarf. Rather than being a choice, wearing a headscarf here was clearly presented as a woman’s religious obligation. In their interviews, women who had converted to Islam explained the fraught process of learning to veil. One explained how she resisted wearing the headscarf for a while after she converted because she thought she looked ugly in it. She described her eventual ability to don the headscarf despite her initial misgivings as a triumph of Islam over Satan. She proudly added how she has overcome her vanity to such an extent that now she even incorporated the full-length abaya in her everyday life.

I don’t doubt that for the women I interviewed and observed, wearing a veil and expressing themselves visually as a Muslim was, as sociological literature would suggest, agentic in some ways. These women were, after all, “self-authoring.” But, it’s important to note that these women were also institutionally compelled to view being a “good” Muslim woman as someone who wears, indeed cherishes wearing, a headscarf. Alternative, and perhaps more liberal, forms of “doing” Islam were not here presented as viable ways of being Muslim.

My in-depth data was collected at one mosque. So does this type of soft coercion also occur in other mosques and religious spaces? I think that my findings are part of a broader global trend, where certain forms of conservative Islam are becoming more visible and more mainstream. An example of these well-financed efforts could be the enormous amounts of money that Saudi Arabia provides for building madrassas in some South Asian countries, where particularly conservative forms of Islam are taught to those who will eventually become religious leaders. It would also be in prioritizing the headscarf as symbolizing Muslim women’s identity, as done through the World Hijab Day, as though the headscarf is necessarily the most potent symbol of women’s religious belief in, and practice of, Islam.

Muslim women’s bodies will doubtless remain the ideological battleground over which these contemporary debates about Islam will continue to unfold – particularly given the acutely troubling and anti-Muslim climate in the US and Europe, where all Muslims continue to bear the burden of being seen as responsible for the acts of the aberrant few. Muslims, in ways specific to their history of being in each nation, nevertheless remain the perennial Other who have to disprove their Otherness. At this time, we would do well not to succumb to simplifying complex phenomenon, and to consider the symbolic nuances of the headscarf, as sometimes reflecting agency and sometimes not. As history informs us, this religious and cultural issue is inherently bound up in larger social and economic forces, where some versions of culture/religion may be mobilized more readily at particular times and in specific spaces. 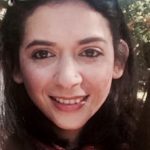 Aliya Hamid Rao is a Postdoctoral Research Fellow at the Clayman Institute for Gender Research at Stanford University. Her research interests are in gender, family, work, religion, and emotions.