Of the Unborn and Born Again: The Relationship Between Religion and Abortion Politics 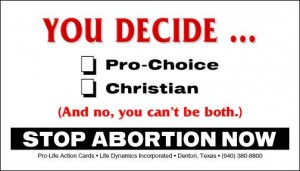 By now you’ve read that Robert Dear, accused of killing three people at a Colorado Planned Parenthood, is a religious zealot. Most likely, you were not surprised when he was described as “Christian” and “extremely evangelistic.” News coverage of anti-abortion terrorists like Dear often cites religious motivations for violence. This coverage implies an automatic link between extreme religious beliefs and anti-abortion terrorism. But read beyond the headlines and the relationship between religiosity and pro-life attitude and action becomes much more complicated. 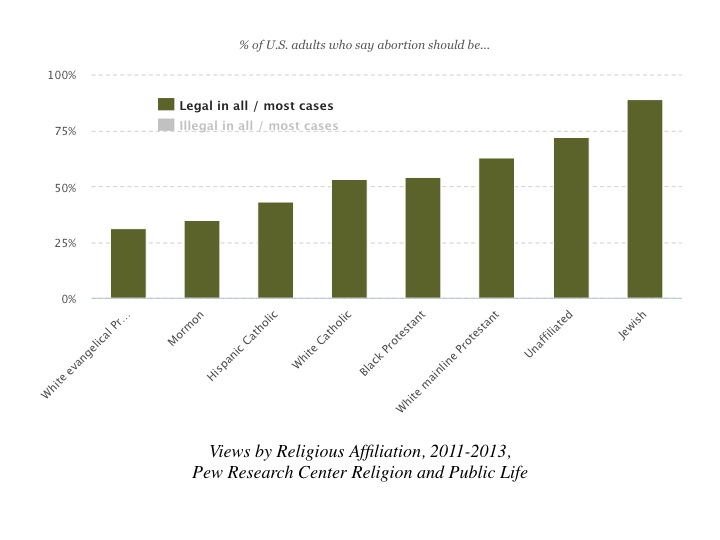 When it comes to anti-abortion activism, sociologist Ziad Munson finds that religion permeates the rhetoric of the pro-life movement, but that many activists do not claim religion as the reason for their activism, nor are they significantly more religious than their non-activist pro-life counterparts. Through in-depth interviews with activists, he learns that many develop a religious framing of the abortion issue after they become involved in the movement, not before.

There is not a simple connection between pro-life convictions, religious beliefs, and protest. There is, however, a much more straightforward link between abortion attitudes and religious “nones,” or those who claim no religion. According to the Pew Research Center poll, 72% of those unaffiliated with a religion support legalized abortion. Another survey finds 80% of Americans who profess no religious identity are pro-choice. In other words, our assumptions about who is likely to be pro-life or pro-choice may be reflective of the strong relationship between lack of religion and pro-choice attitudes.

Yet media stories consistently portray religion as the driving force behind pro-life activism. Take the example of Norma McCorvey, better known as Jane Roe in Roe vs. Wade. In 1995, McCorvey converted to Christianity after being baptized by Philip “Flip” Benham, an evangelical preacher and the national director of the militant pro-life organization Operation Rescue/Operation Save America. McCorvey quit her job in a Texas woman’s clinic, started working at Operation Rescue, and committed to “serving the Lord and helping women save babies.” Stories of anti-abortion conversion can be constructed to progress according to a conventional morality tale: “Pro-choice. Born-again. Pro-life. Peace.” These accounts suggest that the way to make even the most committed pro-choice advocate into a darling for the pro-life cause is to add religion and stir.

One of the most infamous examples of anti-abortion violence in recent years is perhaps the best illustration of the puzzling relationship between religion and abortion attitudes. In 2009, George Tiller, a Kansas physician who provided late term abortions, was murdered by Scott Roeder, at middle-aged,“born-again Christian who believes abortion is a sin.” What you may not remember: Tiller was killed while volunteering as an usher at his church. A doctor we associate with providing access to late term abortions was also a devout member of the Reformation Lutheran Church.

Though less visible, religious pro-choice groups and activists fought to maintain access to abortion since Roe’s inception and remain active today. From the Religious Coalition for Reproductive Choice to Pastors For Moral Choices (a South Dakota group that opposed a 2006 state bill banning most abortions), religious leaders have risked their reputations and sometimes their jobs in order to advocate abortion rights. The stories of pro-life activists and terrorists oversimplify the connection between religion and anti-abortion attitudes. Pro-life religious voices are the loudest and most often heard in American debates. Yet they do not encompass the totality of religious positions on abortion rights and the fight to preserve and expand reproductive health care.

Dr. Alexa Trumpy is an Assistant Professor of Sociology at St. Norbert College. She is currently researching the role converts play in social movements and protest.

Dr. Kelsy Burke is an Assistant Professor of Sociology at St. Norbert College and regular contributor to Girl w/ Pen.

Not sure exactly if this article proved the point it set out to or if I just missed the point. The research cited points to the reality that the large majority of those who claim the position of "pro-choice" are "nones" or not religiously affiliated and the majority of those who claim to be "pro-choice" tend to largely claim a religious affiliation, though a minority of those religiously affiliated claim a "pro-choice" stance. Then there are those who claim a "pro-life" stance and a religious affiliation while denying and destroying the human dignity of others by violent acts. There is no clear argument here, nor is there anything new claimed here. Obviously I am missing something so if folks would like to comment on my lack of understanding, that would be appreciated.