Reddit is a website for sharing links and commenting on them.  You may not have heard of it, but it’s might be more popular than you think.  In November of 2015, Reddit received just shy of 200,000,000 unique visitors from 215 countries viewing a total of more than 7 billion pages on the site.  In the U.S., it ranks as 1 of the top 10 visited sites.  So, it’s a massive undertaking and the site receives an incredible amount of online traffic.  And users don’t comment on every link shared and some certainly just view conversation threads without commenting.  But there are close to 2 billion comments on the site as well.  And those comments are chock full of internet slang, and all manner of online vernacular.  Recently, Randal S. Olson partnered with FiveThirtyEight.com to produce a n-gram viewer for Reddit comments similar to the Google n-gram viewer introduced in 2010. The tool allows you to search for 1, 2, or 3-word phrases and to see their prevalence among all n-grams between 2007 and August of 2015.

But, it’s important to note that although Reddit has an extremely large audience and readership, the tool does not provide a representation of how all people communicate online.  Rather, it represents how Reddit users communicate with each other online.  So, who, you might ask, are Reddit users.  According to Google Display Planner and FiveThirtyEight, Reddit users are almost entirely 35 or younger and around 80% are men.  And Reddit has a reputation for being a racist, sexist, homophobic, and generally anti-woman online space.  So, it does give us an interesting peek at trends within one popular online hangout.

For instance, below you can see the prevalence of “dude” and “bro” among Reddit comments.  Both have become more popular over time.  I don’t know what it means that they’re more common, but it’s interesting to see. 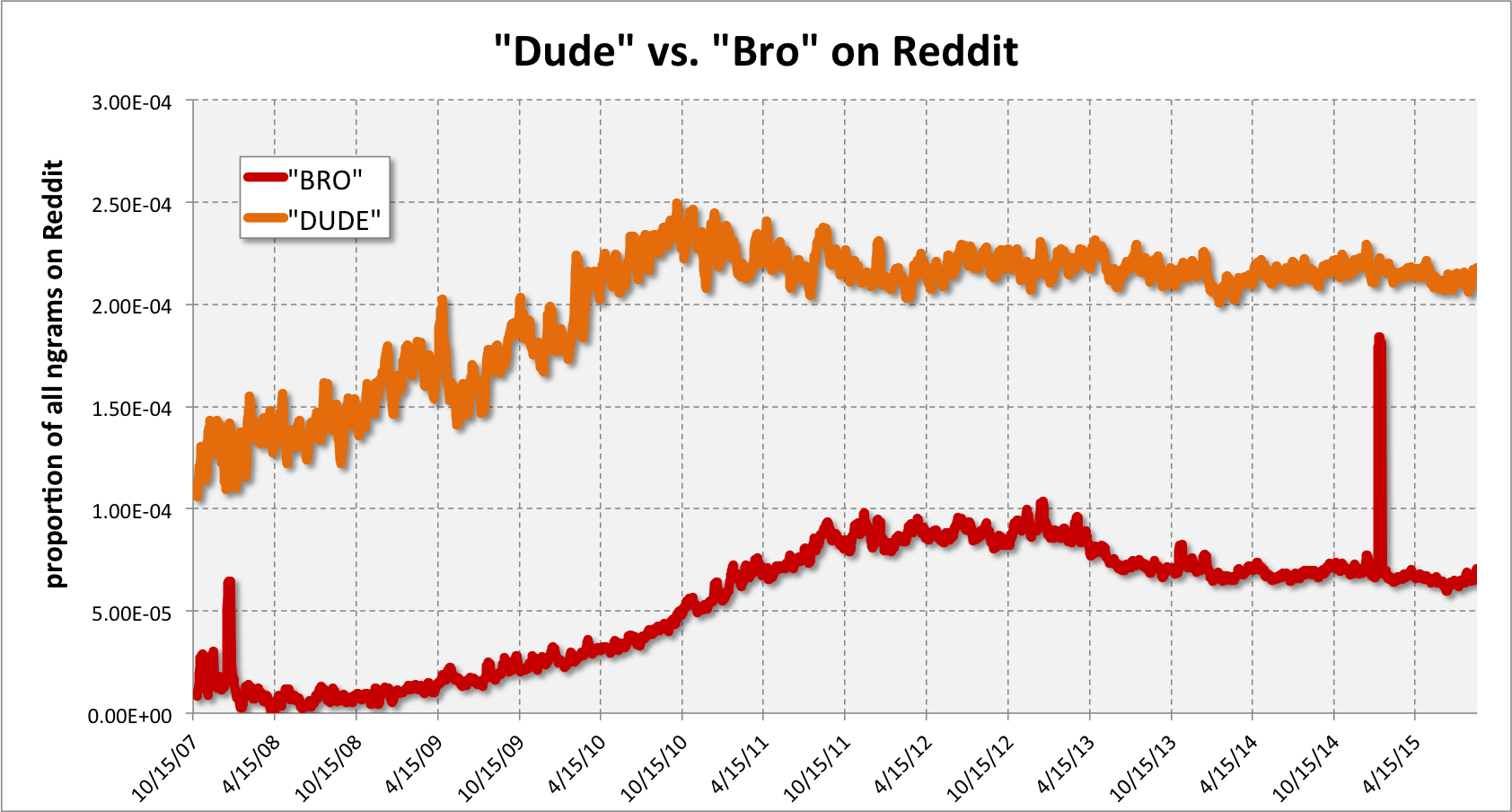 Similarly, “no homo,” “fag” and “faggot” enjoy a healthy portion of Reddit comments. And we can track trends in the recent spate of masculinity-related portmanteaus connecting masculinity with all manner of socially undesirable behavior–like “mansplaining” and “manspreading” (below). 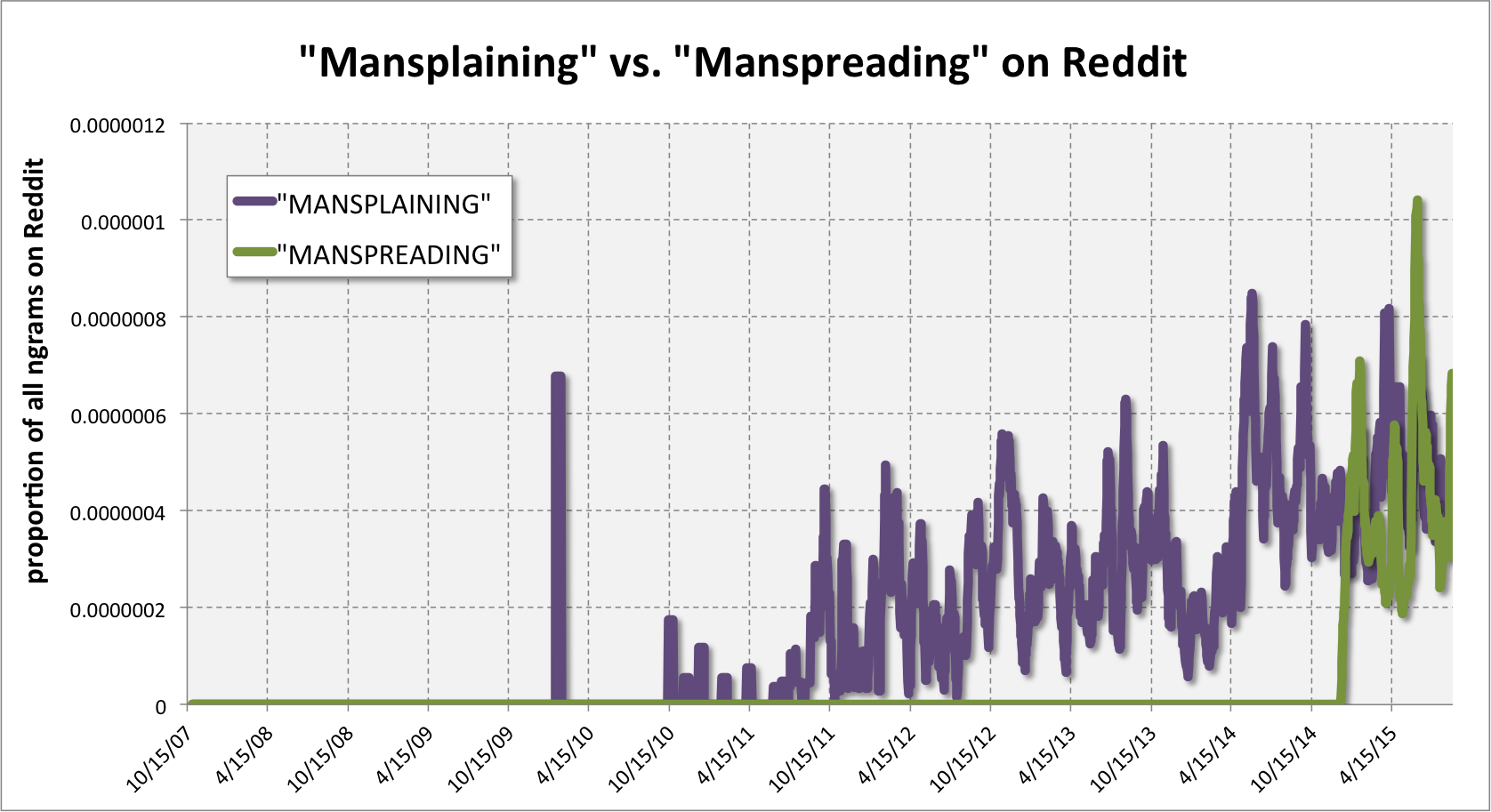 What these trends mean is a different question and not one these data can answer.  But it is an interesting way of tracking trends among this group of primarily young men online.

My absolute favourite thing to come out of that ngram viewer is when you look at 'Black lives matter' versus 'all lives matter'. The two terms have mostly the same peaks and valleys. To me this strengthens the hypothesis that 'all lives matter', despite the protests of its proponents, is an extremely reactionary response to Black Lives Matter, and not its own movement with its own goals.