Book Smarts: Not That Kind of Girl

Guest blogger Rebecca Hoffman asks: Is Lena Dunham’s new memoir feminism for a new generation? Or something else?

It has been said by women’s historian Laurel Thatcher that “well-behaved women seldom make history”.  Lena Dunham’s new book, Not That Kind of Girl, depicts early womanhood as a time fraught with adventures that dance with danger, emotional upheavals that rival any that a woman could imagine and an overwhelming immaturity that is perplexing to the central character of the book – Lena Dunham herself.

As I wrote this review, Dunham was ensnared in a media frenzy regarding the question of whether she had engaged in sexual misconduct with her younger sister.  The public and media were reacting to passages from this book in which Dunham describes interactions with her sister that struck the public as being unusual or inappropriate.

In case you may have missed it, a few links to current coverage to help give a context to the brouhaha here, here, and here.

It would be easy to say Dunham is badly behaved but it is more like she is filled with a self-loathing that allows her to get plunged into various circumstances which imperil and injure her emotionally and sometimes physically.  It’s almost as if she finds herself so unattractive and unimportant that the world just acts upon her and her role as a writer and thinker is to process these experiences without ever demanding something better for herself.

Dunham may or may not be making history but she is creating a highly readable, relatable story of her life that is often hard to read – especially the passages where she is interacting with her sister in ways that are generally deemed socially inappropriate. She’s like a tall glass of water spilling over its edges and puddling on the fine wood table below it.   The same cringe we have for the water on wood we have for Dunham as she recounts her various misadventures to the reader.

If this is feminism of the 2014 era, then I am scared for young women everywhere.  How will they survive their younger years, gain insight and correct their life courses to make a strong mark without destroying everything around them?  How does a strong woman emerge from such a variety of traumas?  Or are we confusing strong women from damaged, hurt women who have a capacity to endure any unpleasant circumstance that life throws her way. I’m not sure which way the text is pointing.

Had I merely picked up this book without knowing about Dunham’s successful show, “Girls”, I might have stopped reading partway through as her narrative, while very easy to read and very well written, traces the path of a person who simply does not seem to ever gain insight from her actions nor of their repercussions.  What’s particularly fascinating to me is how the show so closely mirrors the passages in the book and I wonder how much is truth and how much is fiction both on television and in the book.  Perhaps it does not matter but it is hard to separate an artist from her art and not wonder at least a little about truth versus creative license.

Curiously, this volume is a good read.  I found myself reading it with a hopefulness that Dunham would finally turn an emotional corner, find true love, contentment and settle enough to enjoy a life she deserves and gain all the power, credit and fame she is so hungry for.  Yet the narrative bumps along from one uneasy story to another tracing her emergent sexuality, her confusion about the world of work and how to build herself a good career and her “art” which could roughly be defined as her dogged determination to remain her “authentic self” while presenting her life without any filter to the audience.  What lays exposed are her tales of family, her relationship with her parents, her sister, her friends and with men who often treat her so badly one wonders how she manages to remain upbeat about each subsequent relationship.

Dunham is a good writer.  She writes in a beautiful, plain language that completely brings a reader close.  But would she lose more audience than other authors would were she to write about other topics besides sex, family dysfunction and her inner psyche?  I bet not.

What she is providing, I fear, is a perspective on early womanhood today and the true confusion many young women feel when they are trying to define themselves, make it in the big city, hone their skills, present themselves in the workforce and more.  What appears is a person who seems sort of half-baked, she seems like a terrific person who would benefit from a trusted mentor who could guide her to make choices that will not injure her and help her find the types of success and adoration she so deeply craves.

What insights did I gain from this book?  More than anything I am reminded that early womanhood is filled with conflicting societal expectations:  that women can be highly educated but a biological clock ticks louder and louder as years go on for many, that women and men are equal yet men often get the better of women when emotional or physical abuse enter the equation, that family often does not protect and boost a young woman into a position of power for her life to come, and that friends often will encourage each other to do outrageously stupid things.  Dunham shares so much with the reader, without filter, and I’m grateful to her for her viewpoints. However I am not certain her intimates will be equally delighted with her book.

Reading this book galvanized my thinking about girlhood to womanhood.  As a working mom with a daughter and a son, I see a real need to imbue each of them with a sense of personal self-respect and respect for others so that when they start to head toward adulthood they do it with heads up and awareness of the troubles they could encounter along the way.

I give Dunham credit for taking big chances by writing this book. Yet I do wonder by writing this what she has gained.  Perhaps it is relief from unbearable memories—memories that may resonate with more women than we can even imagine. 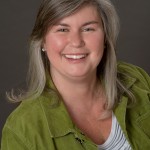 She’s passionate about fostering creativity wherever in every aspect of life.  In her spare time Rebecca loves fine art and low culture, sketch comedy and travel to anyplace with better weather than Chicago. Follow her on Facebook.

There is no question of whether she had engaged in sexual misconduct with her younger sister. She admitted that she did. Over and over. She even likened herself to a sexual predator.