In Search of Belugas at Soldier Field (Or, Notes for a Panel on Monday!)

Here I sit contemplating equality, the topic of a panel I’m on tomorrow, surrounded by jubilant Bears fans streaming out from Soldier Field. My partner and twins are busy visiting penguins, dolphins, and whales, while I’m illegally parked, waiting in my car. Who else but a non-jock family (and recent Midwest transplants) would head for the Shedd Aquarium on a day when the Bears were playing on home turf next door? For my New York friends, this is equivalent to shopping at Macy’s during the Thanksgiving Day Parade, hoping for a place to park. 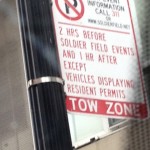 Pondering the question, “Is what you do about equality, liberation, or both?” in such an atmosphere feels a bit like being teleported to the 50 yard line and declaring to the crowd, “Which way to the fish?”

And in truth, that’s also what it feels like to be concerned about women’s “equal” or even “equitable” representation on the page, in the media, or online at a moment when the media conversation about women is focused on whether Lena Dunham is a child molester, whether Kim Kardashian is a feminist icon, and whether the word “feminist” itself should be banned. The noise from the crowd threatens to drown out everything else.

And yet. I’ve been caught up with the question of women’s representation for a few decades, and with the question of women’s “equal” representation on the page now for a while, through my work with two initiatives—one focused, for starters, on changing the gender ratio of bylines at the world’s opinion forums (The OpEd Project) and the other on disrupting publishing by creating supportive community and, later, “a third way” (She Writes / She Writes Press). Tomorrow’s panel is asking me to interrogate, with precision, what all that effort means.

So allow me, while Bears fans leap over my car and my family enjoys the fish, to think about these and some related ventures together, and out loud.

The OpEd Project (founded in 2008), She Writes (2009), and VIDA, also known as Women in Literary Arts (2009), emerged in the wake of the creation of the Women’s Media Center (2005), an organization that “makes women visible and powerful in the media” and works with the media “to ensure that women’s stories are told and women’s voices are heard,” and in the wake of the earlier Women in Media and News (2001). All these initiatives assume that, in VIDA’s phrasing, “voices change worldviews, and those voices should be multiple and varied.” My OpEd Project sisters and I, in the words of our mission statement and our founder Katie Orenstein, “envision a world in which the best ideas—regardless of where or whom they come from—will have a chance to be heard and shape society and the world.” Kamy Wicoff and I, in our She Writes credo, believe in “empower[ing] and amplify[ing] the voices of women and girls who have not otherwise have been heard” and “in building a platform upon which all of us can stand.”

How do these ventures seek to accomplish these goals? They “increase critical attention to contemporary women’s writing” and “further transparency around gender equality issues in contemporary literary culture” (VIDA). They protest the omission of women’s writing from the pages of career-making journals (VIDA) and from the front-door forums that feed other expressions of thought leadership, punditry, and public influence (OEP). They forge relationships with editors and media institutions that share the mission of changing who narrates the world (OEP). They disrupt the very system they believe excludes women (and others more traditionally without ‘connections’) by creating an alternative press (SWP, led by Kamy and the indomitable Brooke Warner).