Do Fathers Matter? An Exchange with Paul Raeburn 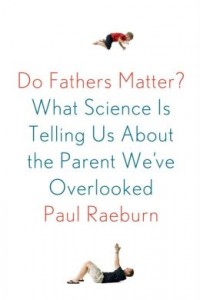 If you’re still looking for that perfect, think-y Father’s Day gift for the dads in your life, or a beach read for those who (like me) crave research packaged in narrative, science journalist Paul Raeburn’s Do Fathers Matter? What Science Is Telling Us About the Parent We’ve Overlooked is the book to get this year. No father’s rights stuff here. Instead, it’s a heavily researched and highly readable story of scientific discovery–an overview of what psychologists, geneticists, neuroscientists, anthropologists, and sociologists are finding about the role of fathers in their children’s and families’ lives. Raeburn writes for The New York Times, Discovery, and Scientific American and pens the About Fathers blog over at Psychology Today. He’s the chief media critic for the Knight Science Journalism Tracker at MIT and a father of five.

I’ve watched Paul painstakingly compile the research and craft the narrative for this book over many years. His aim in writing it is not merely to publicize and popularize the new science of fatherhood, itself a worthy goal; he’s also invested in helping fathers—and their families—understand how fathers can be better at what they do. Here’s how our exchange went down. (In the spirit of full disclosure, Paul and I are both members of The Invisible Institute, a NYC-based authors group.)

DS: Moving beyond understanding fathers as sources of authority and economic stability in their lives of their children, you look at how new studies of the unexpected physiological links between fathers and children, from conception into adulthood, are forcing us to reconsider our assumptions and ask new questions. What are the key takeaways here?

PR: I was surprised to find so many biological links between fathers and their children, beginning during pregnancy, before fathers have even met their children. 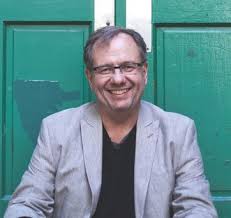 One example of the profound connection between fathers and their fetuses is that fathers’ hormones do a dramatic turnaround when fathers’ partners become pregnant. Testosterone falls, and prolactin–yes, men have this nursing-related hormone–rises. The thinking is that this profound biological change changes men from competitive mate-seekers into more nurturing fathers.

And the connections between fathers and their children continue. Brain scans of fathers during their infants’ first four months have found striking increases in activity in the prefrontal cortex in response to looking at pictures of their infants or hearing them cry. The brain regions that changed seem to be associated with fathers’ motivations and moods and their involvement with their babies. Infants are sculpting their fathers’ brains to make fathers better able to respond and take care of them.

And as children grow, similar connections continue to exist.

DS: You’re a father of five. Is this book personal in any way?

PR: In this book, I wanted to collect the research on what is known about fathers and their contributions to their children. I mostly avoided personal recollections, because I think it’s important that we distinguish the facts–the scientific findings–from our personal feelings and impressions. I did, however, break from this rule on occasion, when I found I couldn’t resist saying something about my father or my children.

DS: What was the most interesting finding you unearthed from looking at the research on dads in the animal kingdom? 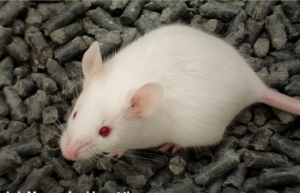 PR: I was surprised to learn how much humans and laboratory animals–even mice–resemble one another. Neuroscientists are using mice to find the circuits that govern fathers’ behavior, and they are doing it with mice for two reasons. One is that most human research subjects take a dim view of being sacrificed at the end of an experiment and have their brains dissected. Another is that mice’s brains are remarkably similar to humans’ brains. Both have the same structures and similar circuitry. If a discover is made in the brains of mice, it’s highly likely that the same thing is going on in humans.

DS: Research on mothers and mothering abounds. Why, do you think, we still know so little, relatively speaking, about the role of fathers in children’s and families’ lives?

PR: It’s hard to say for sure, but I think one reason is that psychologists in the 20th century became fond of a theory that excluded fathers from child development. Developed by John Bowlby, a British psychologist, this theory–known as the attachment theory–held that the bonding in the first days and weeks of life between mothers and children was essential for healthy child development. Fathers did not appear anywhere in this scenario.

If fathers were not important–which is what most psychologists believed–why bother studying them? I think this must have changed when a psychologist-father was nuzzling one of his kids, or rolling around on the floor, and caught sight of himself in a mirror. In that eureka moment, he might have said, “My child seems to be enjoying my company. Perhaps I matter after all!” And the rest was history.

DS: If you could suggest a research study, from any field, to continue what you acknowledge as the incomplete investigation of fatherhood writ large, what unanswered questions or quandaries would you most wish to resolve?

PR: I would like to know more about single-father families, and families with stay-at-home dads. On June 5, 2014, the Pew Research Center reported that the number of fathers who do not work outside the home rose to a high of 2 million in 2012. “High unemployment rates around the time of the Great Recession contributed to the recent increases, but the biggest contributor to long-term growth in these “stay-at-home fathers” is the rising number of fathers who are at home primarily to care for their family,” Pew wrote.

I’m eager to see what we can learn from those families about fatherhood more broadly.

I also think gay and lesbian families have a lot to teach us. They are not as constrained by gender stereotypes as some of us, and they are inventing parenting roles anew. A recent study, for example, provided the first evidence that gay men’s brains change in ways similar to the ways mothers’ brains change when they have a baby.

Although he is no MRA or Brad Wilcox, he still relies on some dubious research, such as David Popenoe's agenda driven essentialist garbage from the 90s. Also, he comes across as quite patronizing to women and gays, like when he complains about his friend that is a single mother who resents the implication she is somehow damaging her child. The suggestion that she find makes sure her kid is exposed to an uncle or another male figure assumes she is somehow a man hater who is going to isolate the kid from the rest of society.

Finally, the title begs the question - what makes a father? biology, such as penis? genetics? or culturally prescribed gender roles, such as the masculine, stoic, sports loving father or the feminine, nurturing, emotional mother? What about gays and lesbians? Besides a mild disclaimer in his book that he isn't anti-gay, the fact that they are forming successful families without both a mother and father undercuts the entire premise of his book. Are they required to find a "real" man or woman to expose their children to? Or can one of them "role play" the "missing" gender role? We wouldn't want their kids to end up damaged for life like those irresponsible single mothers.

This guy is a journalist who has picked out a few published studies that support his thesis that men and women are somehow essentially different and that they play complimentary roles which are necessary for proper child development. All of these studies rely on dubious correlations, multiple confounding variables, and pseudoscience/pop theoretical foundations, such as evolutionary psychology or attachment theory.

His book is already being hailed by the likes of Brad Wilcox and various right wing websites and he has been retweeting their plugs for his book on twitter.