We are not damsels in distress; let’s not wait for the prince to save us

This week we are happy to feature a guest post from Jocelyn Hollander. Jocelyn Hollander is a professor of sociology at the University of Oregon whose work focuses on gender and women’s resistance to violence. 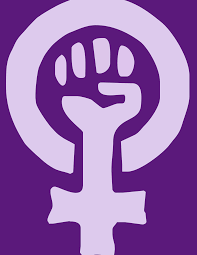 The new Miss USA, Nia Sanchez, has been roundly criticized this week for daring to advocate that women learn to defend themselves against violence. As this argument goes, any anti-violence strategy that focuses on what women can do to keep themselves safe is women-blaming. Instead, we should focus all our resources on preventing perpetrators from assaulting women. As one Twitter user wrote, “Hey Miss Nevada- how about instead of woman learning to protect themselves, men learn to not rape women?” (@CaitCremeens, June 09, 2014)

In an ideal world, this would be the right strategy. We would teach perpetrators not to commit violence, they would see the error of their ways, and poof! Violence against women disappears. And if a few perpetrators remain unconvinced, well, we’ll teach bystanders to intervene, and they’ll step in to stop these assaults.

But we do not live in that world. Feminists have been trying to convince perpetrators not to assault women for more than 30 years now, and these problems are still with us. Perpetrators frequently isolate their targets before assaulting them, making bystander intervention dicey, at best. Research on frequently-used prevention strategies finds that most of them either haven’t been systematically evaluated or simply don’t work. While the focus on perpetrators is long overdue, we can’t rely on it as our only strategy for preventing violence.

Moreover, even if perpetrator-focused prevention strategies did work, they would take time to be effective. Many of these strategies rely on major changes in social and interactional norms, and this kind of change is a slow (and usually incomplete) process. If those are our only strategies, what are we asking women to do in the meantime? Suffer through sexual assault while we wait for the knights in shining armor to save them? On my college campus of 25,000, even if we were to implement a prevention program that would be completely effective at the end of one year, 625 women would be sexually assaulted in the meantime. Is that really acceptable?

Women have been told for years that they are weak, that they are vulnerable, and that they need to look to someone else (fathers, boyfriends, husbands, the police, the state) to protect them from violence. When we say that perpetrator-focused strategies are the only legitimate approach, we inadvertently reinforce these stereotypes. What if instead we acknowledge that women are strong and smart enough to protect themselves, rather than waiting for someone else to rescue them?

In the 1970s, women who were tired of waiting for the social system to change took matters into their own hands, developed feminist programs of self-defense, and taught them to thousands of other women. These same programs have recently been shown to be highly effective in preventing sexual assault. Self-defense training is effective, it is immediate, and it is empowering to women.

These programs have been widely misunderstood. Empowering self-defense classes do not simply repeat the tired old advice (don’t walk alone, don’t drink too much, carry your keys in your hand) that reinforces women’s fear and vulnerability and constrains women’s lives. Rather, they help women develop the awareness and verbal skills to stop assaults before they begin – and if that fails, to powerfully resist. They give women more choices, not fewer. Yes, ending sexual assault is not women’s responsibility. But advocating self-defense training is not victim-blaming; it is a realistic strategy for a world in which sexual violence is very much still with us, and will be for the foreseeable future.

I have a young daughter who will soon be growing into adolescence. I am not willing to wait for the day that perpetrators to stop attacking, or that bystanders intervene. I will work tirelessly toward those goals, but in the meantime, I will teach her the skills she needs to protect herself, so that she can act on her own behalf, rather than waiting for some savior-prince who may or may not arrive – and if he does, may or may not be willing or able to save her. I will hope for that ideal world, but in the meantime, I will teach her to save herself, and her sisters. That, to me, is real feminism.

"Women have been told for years that they are weak, that they are vulnerable, and that they need to look to someone else (fathers, boyfriends, husbands, the police, the state) to protect them from violence. When we say that perpetrator-focused strategies are the only legitimate approach, we inadvertently reinforce these stereotypes. What if instead we acknowledge that women are strong and smart enough to protect themselves, rather than waiting for someone else to rescue them?"

Here's a problem with this argument, not all women are framed as weak, vulnerable or deserving of protection AND for some women, self-defense puts them at risk of criminalization. In fact, "powerful resistance" has been known to put women of color behind bars, such as in the case of the New Jersey 7. I agree that advocating self-defense training is not victim-blaming. However, arguing that it's a realistic strategy for women seems a particularly narrow view of women's experiences - a white middle-class view of womanhood. Self-defense for women of color and other women who live in the margins may be as risky as the violence they are trying resist.

@ Laura Logan, I agree that the criminal justice system remains incredibly racist. But, would you go so far as to tell women of color that they should NOT defend themselves from attack because it is (or "may be") as risky as the violence they would be resisting? I would not go that far. In fact, a broader social acceptance of women's self-defense could potentially help society see ALL women's self-defensive violence as legitimate because we would have shed the ideology of idealized feminine weakness.

@Mojo Martini: I would not advise women of color one way or the other. And I'm suggesting that the advice they follow on this issue should be informed by their own life experiences not mine or other white women's. Mostly what I'm suggesting is that when we write about these things we leave room for a range of outcomes and experiences and strategies that I don't believe this post reflects as well as it could. The either/or damsel in distress/princess who saves herself doesn't seem reflective of how women of color are treated or framed. Basically, I think there's some privilege to being able to use self-defense - or even consider it - and I wish that element of the issue was at least mentioned.

Thanks for this comment, and for bringing up these important issues. I have a couple of thoughts in response.

First, SD is a toolbox, not a prescription, and not all of the tools will work for everyone in every situation. Using physical SD (which is what I think you are talking about here) may not be the right choice in a particular assault situation, based on many factors – who you are, who the assailant is, how far away help may be, your own physical limitations, your own structural circumstances, and so on. One’s own race and class may, as you note, make physical self-defense more risky in its consequences – but it doesn’t mean that it shouldn’t be in the toolbox.

Empowerment-based self-defense includes many other strategies besides physical resistance in its toolbox: verbal self-defense, awareness, de-escalation, etc., and some of these other tools may be more helpful for women at high risk of criminalization. These tools can help deter assault before it even gets to the point of physical confrontation.

The self-defense research literature has not (yet) gone far beyond studying college students, who are more likely to be white and/or middle class. There’s one article that was just published in Violence Against Women that interviewed five African American college students and has some interesting discussion about the intersections of race and gender (including stereotypes about strength), but clearly there’s more work to do. I have a research project currently in progress that is looking at the effectiveness of self-defense training among a much more diverse community population of women (in terms of age, race, and social class), and I hope that project will bring out some of the issues you mention.

These are the kinds of nuances that are difficult to convey in a 700 word blog post, but I do appreciate them (and do talk about them in longer writings on this topic).

Finally, thanks for the link to the “No Selves to Defend” exhibit. I am going to be in Chicago later this summer and I’ll make a point of going to see it.

@Jocelyn Hollander: I appreciate your thoughtful reply. I'm familiar with your work. I used to live in Chicago - wish I could see No Selves to Defend, as well. I agree that we have more work to do in the area of research and activism about self-defense but I do appreciate the limitations of a brief blog post. I'll be eager to read the results of your current project.

Thanks, @Laura Logan. And thanks again for the excellent comment -- it will influence my future work and writing on this topic.