In honor of Mother’s Day, I ask readers to consider the ramifications of a new law about pregnant women which has dangerous implications for the health of mothers and babies. The author of this guest post, Chelsea Carmona, is a writer and drug treatment activist whose writing has been featured in major media outlets like Time, The Washington Post, The Guardian, and Al Jazeera English. She works for The OpEd Project, a social venture founded to increase the range and quality of voices we hear in the world. 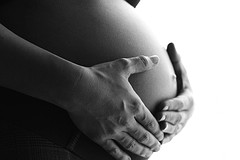 Can you imagine being prosecuted and potentially incarcerated for taking an FDA-approved, legally prescribed medication – a medication both the World Health Organization and the Institute of Medicine agree is the most effective treatment for your affliction?

Starting July 1st, this is a real possibility for pregnant women in Tennessee undergoing methadone maintenance, an evidence-based pharmaceutical therapy known among experts as the “gold standard” of treatment for opioid addiction.

The bill, signed into law on Tuesday — despite avid opposition from addiction experts, reproductive health advocates, and virtually every major medical association — authorizes the arrest and incarceration of women who use illegal drugs while pregnant.

The law does nothing to expand treatment options for addicted women, but proponents maintain the intention is to help pregnant women struggling with substance abuse get into programs. Considering only 19 of Tennessee’s 177 addiction treatment facilities provide any form of care to pregnant women, this is going to be a challenge.

Advocates for pregnant women share concerns that the widespread ignorance of maintenance treatment could leave pregnant women on methadone vulnerable to prosecution, even though such treatment is widely considered the standard of care for opioid-dependent, pregnant women. The language of the new law does not specifically exempt these women from prosecution, making following doctors’ orders a potential crime.

Sadly, this can’t be surprising to anyone familiar with maintenance treatment. Although advances in science have helped us to establish a more comprehensive understanding of the disease, we have a deeply entrenched narrative of drug addiction in our culture. This new law, which will only scare women away from seeking the prenatal and addiction care they so desperately need, is the result of this misguided and moralistic view.

Opponents of the law also worry that it will result in disproportionate jailing of poor pregnant women and pregnant women of color, particularly those living in rural districts where there is significantly less access to treatment. And they are right to be concerned.

According to The National Center on Addiction and Substance Abuse at Columbia University, even though women fare just as well in treatment as men, 92% of those in need do not receive it. This is in large part due to practical reasons: Women are more likely to live under the poverty line and therefore less likely to be able to afford costly inpatient programs and the childcare services that may be necessary for them to attend.

Women were actually mobilizing to advocate for feminist-based solutions to the problem of addiction as early as the late 1960s, but locating and gaining access to effective treatment is still infuriatingly difficult. Few treatment programs have separate women-only programs, and even fewer offer programs for pregnant or post-partum women.

With the shrinking gender gap in addiction, it’s time we take into account the gendered experiences that occur throughout addiction and cultivate a more compassionate, comprehensive perspective, one that is actually conducive to helping women achieve sobriety.

For example, detailed, individual aftercare is a critical service for all addicts, but it is particularly important for women in using relationships. Women are often introduced to drugs and drug using rituals by a significant other, and rather than causing conflict, the use becomes a way to strengthen the bond. Although treatment stresses the importance of social networks, the loss of a using companion is always difficult — sometimes much more difficult than the loss of the addictive substance itself. By providing feminist-based aftercare — like housing-assistance, vocational counseling, and community development programs — recovering female addicts are much more likely to sustain sobriety and achieve autonomy.

No one supports the use of illegal drugs among pregnant women, nor does anyone wish to see a newborn show signs of neonatal abstinence syndrome, but incarceration isn’t the answer. Instead, politicians should be forming natural alliances with feminist scholars and health advocates so we can collectively address the basic needs of newly sober women. These are the ways to truly celebrate Mother’s Day.

This new law is a typical "Oh, that's easy!" fix to a complex problem. Thank you, Chelsea Carmona, for calling the Tennessee State Legislature down on their ignorance and callousness. Given that Tennessee ranks second nationally in prescription painkiller abuse, clearly these Conservative Christians have not succeeded in rectifying what has become an epidemic, and with this latest action, have just made it worse.