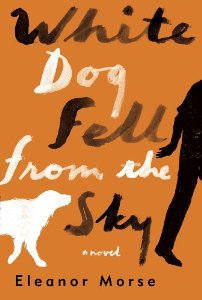 While I liked many parts of Morse’s novel, I gave it a mixed review. I’m really grateful for the story it tells and the issues it raises, but perhaps most of all, for the author’s courage in writing about Botswana and South Africa during apartheid—places and experiences that (at least judging from her online bio) are mostly removed from the places and experiences of her own life. But in my opinion, at times the novel fails to accomplish what it sets out to do: tell the stories of both of its characters.

More broadly, I’ve been thinking a lot about the courage it takes to write across differences—in this case, race, class, gender, culture, nation, citizenship status, and education. I’ve also been thinking about the perils of this journey—specifically, the way that stereotypes and myths can sometimes surface in the writerly imagination. Even when we are trying to write past them to get to the human truth.

I don’t think the answer is to retreat to that old adage, “write what you know,” and I don’t think the answer is to clamp down on the imagination. On other hand, I think we need to talk about the power of all the stuff swirling around in our heads—with compassion and understanding, but also with an eye towards how we can create a truly diverse range of truthful, honest, and relevant stories.

"I’ve been thinking a lot about the courage it takes to write across differences—in this case, race, class, gender, culture, nation, citizenship status, and education." <--What an important sort of courage to recognize in social scientists, who work so hard to study and understand people and situations with which they are not familiar and then translate that into a truthful research account! It's very, very hard, daring work.