GLOBAL EXCHANGE: Talking about a Revolution 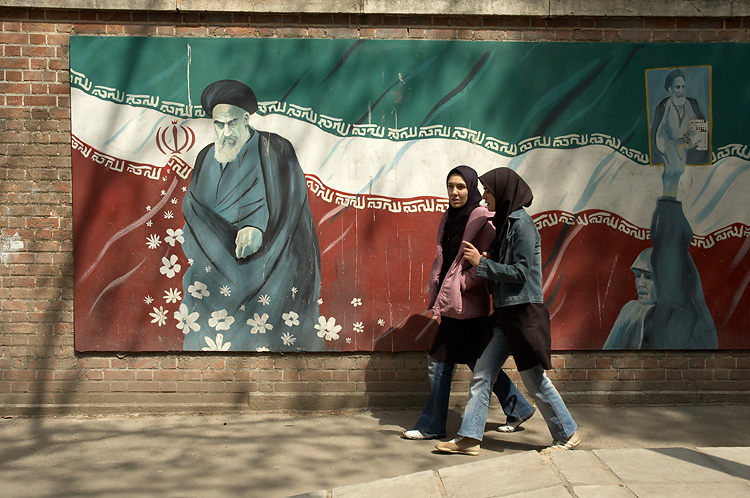 A few years ago (ok may more than a few) Gil Scott Heron said the revolution would not be televised and Tracey Chapman, when talking about the revolution, thought it would whisper, not â€˜tweetâ€™. Iranian women and men are risking their lives to protest for their rights and their voices will be heard, televised, and â€˜tweetedâ€™.

If youâ€™re like us, youâ€™ve spent the past couple of weeks glued to your computer, watching the historic Iranian election â€“ and its aftermath â€“ unfold. For us, whatâ€™s been important are not only the changes in Iranian society that the post-election protests signal, but womenâ€™s role in these protests (dare we say revolution) and what this election means for Iranian women.

On June 20th a young woman and her father took to the streets demanding to be heard, not knowing that hers would echo across the globe. When they named their daughter, her parents probably could not fathom how well her name suited her; Neda in Farsi means the voice or the call. Neda and thousands of women are taking to the streets and demanding equal rights. Dana Goldstein, of the Daily Beast, stresses that the underreported part of what is unfolding in Iran is womenâ€™s involvement in the protests.

Feminist politics are not new to Iran. According to Manilee Bagheritari, an independent gender consultant of Iranian descent, the feminist movement, or rather the ongoing three-decades old wave, is divided by two different approaches; the secular feminists (e.g. Shirin Ebadi) and Islamic feminists (though they might not prefer the label). What is important is that the two groups both demand that the state first ratify and second harmonize its laws with those of the international human rights instruments, namely the international Convention on the Elimination of All Forms of Discrimination Against Women, or CEDAW.

According to Haideh Moghissi, Professor of Sociology and Womenâ€™s Studies at York University and founder of the Iranian National Union of Women (and author of one of my favorite books, Feminism and Islamic Fundamentalism: The Limits of Postmodern Analysis), although the Iranian womenâ€™s movement has a robust and long history, â€œat no time has the political influence of women and womenâ€™s issues been so profoundly visible as at present.â€ Prior to the election and womenâ€™s visible presence in the post-election demonstrations, womenâ€™s organizations came together to demand change from presidential candidates. The coalition, which included 35 womenâ€™s and social justice groups and 600 activists and intellectuals made two major demands

â€œunder the banner of â€˜womenâ€™s coalition movementâ€™ (jonbesh-e Hamgeraiâ€™i)â€¦
1) Joining the United Nations Convention on the Elimination of All Forms of Discrimination Against Women (CEDAW); 2) A constitutional amendment to eliminate discriminatory articles that deprive women of equal rights with men.â€

The blog Vital Voices has the following breakdown of the positions taken on these issues by Ahmadinejad and opposition candidate Mousavi:

* Ahmadinejad changed the name of the government organization the â€œCentre for Womenâ€™s Participationâ€ to the â€œCentre for Women and Family Affairsâ€.
* Ahmadinejad proposed a new law that would reintroduce a manâ€™s right to divorce his wife without informing her. In addition, men would no longer be required to pay alimony. In response, womenâ€™s groups have initiated the Million Signatures campaign against these measures.
* Ahmadinejadâ€™s administration opposes the ratification of CEDAWâ€¦
* Ahmadinejad implemented the Social Safety program, which monitors womenâ€™s clothing, requires the permission from a father or husband for a woman to attend school, and applies quotas limiting the number of women allowed to attend universities.

* Mousavi pledged to disband the â€œMorality Policeâ€ that monitor womenâ€™s clothing in accordance with traditional Islamic dress.
* Mousavi vowed to support legal measures to end violence and discrimination against women.
* Mousavi has sounded support for the ratification of CEDAW.
* Mousavi promised to appoint female ministries and other high offices, if elected.

What is truly beautiful about these protests is that men and women are protesting for human rights, which most seem to realize are incomplete without womenâ€™s rights. These protests feel like the modern day Middle Eastern manifestation of the French Revolutionâ€™s call for LibertÃ©, Egalite and FraternitÃ©â€¦in this case a FraternitÃ© that encompasses both brotherhood and sisterhood.

Quick round-up of links on womenâ€™s involvement in the post-election protests and demonstrations. Please feel free to add more in comments:

Iran and the Women Question

In Iran, â€œPrettyâ€ is Sometimes the Protest

Who was really cheated in Iranâ€™s vote? Women.

Protests in the Wake of Iranâ€™s Election

The Women Protesting in Iran

[...] participant and WMC friend Deborah Siegel’s site, girlwpen.com, has a great piece from authors Gwendolyn Beetham and Tonni Brodber on women and revolution in [...]

I don't know what is happening in Iran, because i'm to far from it but i can say that humanrights are much more being crushed in the world by US and NATO forces but no body says any thing against them, the Iranian Govt. is the only Muslim Govt. that has stood firm against their unmerciful acts. As far as Ahmadinejad's policies are concerned he is doing what a Muslim father must do, he is doing what a Muslim Head of a country must do. But Iranian Nation is going towards a loss which results to demolish the cause of Khumeeni's Revolution. For the name of Allah don't get separated O Iranian Nation you are our hope, you are the hope of all Muslims in the world.

I think it would be smarter to stick with Iran than against them... Although we don't have similar religious beliefs, they have things that we need.
-Sylvia