GENERATION NEXT: The Big, Complicated Easy 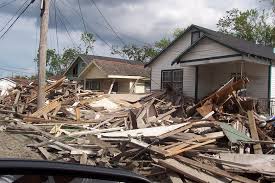 New Orleans has become a pilgrimage of sorts for the nationâ€™s youth. Itâ€™s something Iâ€™ve come to realize in a big way while researching my new book, Do Greaters: The Kids These Days and How Theyâ€™re Changing the World. Turns out that for Americans, in general, but especially for folks under 35, New Orleans has become the new rite of passage in our understanding of good works.

Itâ€™s generally great for the folks who head there. They learn about the complexity of infrastructure, maybe gain a few construction or landscaping skills, meet some new friends, maybe even get a tan. But what is the effect on the native residents of New Orleans?

This is a question I asked in a column over at The American Prospect not too long ago: “Like Juan Ponce DeLeon’s mythological fountain of youth, the Lower 9th Ward has become upper-middle-class America’s source of feel-good absolution….But the darker side of all of this well-intentioned activism is that it has created a revolving door of services and support in a parish that is in dire need of a strategic plan.”

And itâ€™s now being answered by a series of homegrown activists. Some of their answers are chilling, like this one, from Timolynn Sams, executive director of Neighborhoods Partnership Network (NPN), New Orleans native: â€œWe’ve become this laboratory, but we are not guinea pigs. We want to be part of the science, but as the scientists, not the experiment.â€

It brings up all sorts of difficult ethical questions. When are our well-intentioned attempts to help more selfish than selfless? What can folks with big hearts, a little extra money, and a lot of energy do to help rebuild New Orleans? Should we urge all the eager post-college grads to head to Detroit and Cincinnati instead? Or will that just engender the same problems?

Food for thought. Would love to hear your ideasâ€¦

Thanks for writing about this! I've written about this before, both in my newspaper column and in my blog. Having grown up in a developing country and visited others, I've seen the aftermath of do-gooders who swoop in for a week or two to salve their conscience and get a few photos of themselves taken with the "natives." Nothing wrong with philanthropic efforts, of course, and I applaud the motivation behind them, but without proper planning and strategy, they can end up benefiting the volunteer/donor far more than the recipient. Indeed, I think of some ill-fated USAID projects in the Philippines that ended up being total money- and timewasters for both the American taxpayer and the local communities that hosted them.

You know, Mother Teresa's organization in India generally does not allow short-term volunteers, especially those who do not have specific skills to offer (e.g., nursing). They rightly point out that while they respect would-be volunteer's good intentions, their community would be better-served by those who can make a long-term commitment and who have useful, specific skills that will directly address their mission. It is not a place to fulfill one's personal soul searching ambitions or to "discover the true India." People are not tools for our personal enlightenment, and I understand why some countries resent when we Westerners treat them that way.

We certainly don't want to discourage people from trying to offer genuine, useful assistance, but organizations on the ground should definitely be more assertive as to who and what kind of assistance they can accept. Otherwise, too much energy, money and time will be wasted, and the region will be no better off than it was before.

The idea that outside volunteers may do more harm than good in rebuilding New Orleans is one that I have not before considered. A native New Yorker, I will be spending the next 2 years teaching HS biology in New Orleans as part of Teach for America. I have been looking forward to the next two years and anticipating that they will be act in the lives of students less advantaged than me. a time of both personal growth and of having a positive impact in the lives of students less advantaged than me. After reading this column, I realize that I will have to interrogate how these two goals may conflict with each other. However, at the same time, I believe that it is when we believe that through helping others we also grow as individuals that we have the greatest potential to create positive change.

Thanks for such thoughtful responses Marjorie and Emily. Marjorie--I hadn't fully thought through some of the internationals parallels, although I just got a copy of Dead Aid by Dambisa Moya. Have you heard of it? I'm excited to learn about Moya's perspective.

And Emily, I hope you won't read my analysis as discouragement for taking a risk and doing well-intentioned work. I just think that all of us "do gooders" have to stay conscious about the ways in which we are at risk of getting in the way of sustainable solutions sometimes. There is a lot of interesting discussion, which I'm sure you're aware of, about Teach for America. In some ways, it is the most effective intervention in education in the last few decades. In other ways, it seems to have a real sustainability problem (recruiting and preparing teachers who are truly ready for the classroom and the unique culture within which it is situated, retaining teachers etc.) One of the people I'm profiling for my book is a TFA alumna, so I'm looking at some of this right now. Good luck!

It's always helpful to read articles from other writers and use a little something from their sites.