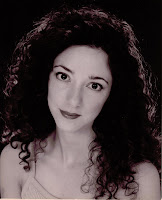 As we all know, by the end of National Teen Dating Violence Awareness and Prevention Week, Rihanna and Chris Brown made national attention with their violent altercation that had media moguls drooling, dropping the ethical bar, and sensationalizing a human health crisis. Is she pregnant?Â  Are they married? Whoopi tried to quell the hype on The View stating she doesnâ€™t even know if itâ€™s realâ€”a girl may have hit Rihanna.Â  Oprah warned on Friday that â€œHe will hit you again!â€ No intro could keep up with this media carousel.

My go round? Chris Brown is still a teenager! You may recall Deborahâ€™s call for research on Teen Dating Violence (TDV) in Quick Stats: Teen Dating Abuse at the yearâ€™s start.Â Â  People may be getting the message that 1 out of 3 women around the world has been beaten, coerced into sex or otherwise abused, but what is not as widely known is that 1 in 5 teens in a relationship report being hit, slapped, or pushed by a partner.

TDV is a pattern of violent behavior that someone uses against a girlfriend or boyfriend. Abuse can cause injury or even death, but doesnâ€™t have to be physical.Â  In can include verbal and emotional abuseâ€”constant insults, isolation from friends and family, name-calling, controlling what someone wears or with whom they socialize. For an in depth update on domestic violence check out GWPenners Gwen and Tonni’s post, Global Exchange: The Face of Violence. The early articles on the Huffington Post–before the photos, hype and hay–address the cyclical nature of abusive relationships, Kevin Powellâ€™s remix on ending violence against women, and an open letter to Rihanna written by a former adult dating violence survivor.

Liz Claiborneâ€™s 2008 Tweens and Teen Dating Abuse Survey reports that nearly half of girls in relationships have been victims of verbal, physical, or sexual abuse by their boyfriends.Â  Alarmingly, the percentage increased to 69% in relationships where tweens had sex by age 14.

Did Chris Brown receive a â€œbooty callâ€ text leading to the altercation?Â  My thoughts segued to teens, technology and abuse. As technology evolves forms of abuse follow. When is texting unhealthy? According to the Liz Claiborne Inc., Technology Relationship Abuse Survey cell calls and texts are keepings teens in relationships under constant control and surveillance.Â  Stats update: From 10 pm to midnight: 30% teens communicate with their partner via cell or text 10 to 30 times hourly. Ouch!
Midnight to 5:00 a.m.: 24% communicated with their partner hourly.Â  Teens need food for thought. No oneâ€™s brain waves can function properly under that type of sleep deprivation.

What often precedes physical abuse is control and jealously. This type of texting is certainly over the top control. In the Liz Claiborne Survey, 72% teens report being checked on 10 times hourly by email or text.Â  A survey commissioned by the National Campaign to Prevent Teen and Unplanned Pregnancy found that 20% of teens report having sent/posted nude pictures or videos of themselves. And 39% of teens are sending or posting sexually suggestive messages. The obvious play on words: sending sexual or suggestive material via computer, Blackberry, cell phone etc., â€œsexting.â€Â  This form of communication can be illegal if the images are of minors and donâ€™t forget phone images can be downloaded and posted to the Internet, which is often monitored by employers and colleges.Â  Recently in Falmouth, Massachusetts middle school students ages 12 to 14 were summoned to court after allegedly circulating a nude photo of a 13-year-old female classmate via cell.

In addition â€œtextual harassmentâ€ is on the rise. Forty-six states have anti-stalking laws that refer to electronic forms of communication.Â  In Palmer, MA–my back of the barnyard–a guidance counselor was recently fired for having a relationship with a 17-year old student sharing 1397 text messages in one month.

On the activism side, Ann and Chris Burke, parents of Lindsay Ann Burke, who was murdered by her abusive ex-boyfriend, combined forces with Redbook and Liz Claiborne to launch a national coalition in December 2008, Moms and Dads for Education to Stop Teen Dating Abuse (MADE).Â  The group advocates for every high school and middle school to teach a curriculum about preventing dating relationship violence. This isnâ€™t just something to chew on; education is the solution to long-term relationship violence prevention. Check the link to find out how to communicate with your legislators, get resources, and sign their petition.

The "sexting" trend is disturbing. Recently, the issue has received a lot of media attention. Underage boys and girls are being convicted of the same crimes as child molesters and child pornographers--in essence, the distribution of these photos is child pornography. Many people have raised concerns over this current felony status and whether or not it should be dropped to a lesser crime. I watched an interesting summary video on all of this at newsy.com. Take a look:

Dear Kt D,
Thank you for taking time to comment. I will check out the link you suggested.
My comments for the teens and parents was meant as a heads-up--to avoid future problems. It may seem harmless or in some cases a form of flirtation, but as technology grows crime blossoms. Sex and technology is a huge problem...consider this...little cards that look like credit cards and smaller (ie. tiny Nintendo DS cartridges) can carry hundreds of images of child pornograpy...a police officer may not even be able to recognize one unless well trained on Internet Crimes Against Children (ICAC). These images can be sold/downloaded right over our new tech phones! News to some, but not news to the child predators in the U.S. or abroad.

Will comment again after I check your link.
Thank you again.
Madeline

I am Very happy to read your blogs. It is so important to get the word out to all teens about TDV. I look forward to your next blog

Thank you for your comment DT.
Keep looking for inspiring stories and
news from Girl With Pen! My favorite
blog site!

So glad I saw a link to your article. Will be sharing it with others.