GENERATION NEXT: Stereotyping the Stereotype? 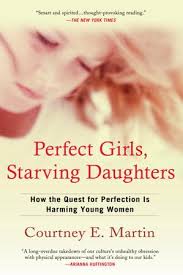 Richard E. Nisbett, a psychology professor from the University of Michigan, wrote an op-ed that appeared in the New York Times last weekend about the importance of funding educational programs that really work. All this stimulus package talk has breathed new life into an old conversation: how do we measure the effectiveness of educational interventions?

Nisbett insists that we not overlook the little things, namely boosting childrenâ€™s self-esteem through high expectations. He writes:

Consider, for example, what the social psychologists Claude Steele and Joshua Aronson have described as â€œstereotype threat,â€ which hampers the performance of African-American students. Simply reminding blacks of their race before they take an exam leads them to perform worse, their research shows.

Fortunately, stereotype threat for blacks and other minorities can be reduced in many ways. Just telling students that their intelligence is under their own control improves their effort on school work and performance. In two separate studies, Mr. Aronson and others taught black and Hispanic junior high school students how the brain works, explaining that the students possessed the ability, if they worked hard, to make themselves smarter. This erased up to half of the difference between minority and white achievement levels.

In the age of Barack and Hillary, this is exciting news. The days of â€œyou canâ€™t be what you canâ€™t seeâ€ are over for little girls or black kids destined for positions of powerful leadership.

But itâ€™s also got me thinking of other implications for the â€œstereotype threat.â€ Is part of why young women are so plagued by eating and anxiety disorders that we are constantly reminded of a stereotypical version of ourselves (emotional, overwhelmed, perfectionist)? Would we be healthier if we were told that our quality of life was, indeed, under our control? How can we pull apart the cultural associations of femaleness and self-sacrifice/internalized anger/stress?

I struggle with this because I wrote a book that traces some of the contemporary causes of perfectionism behavior and disordered eating and exercise. Is Perfect Girls, Starving Daughters: How the Quest for Perfection is Harming Young Women

inherently reinforcing an unhealthy perfect girl paradigm just by exploring it? Itâ€™s a pretty paralyzing thought, especially for aÂ  feminist and cultural critic. Iâ€™ve always believed strongly in the importance of speaking tough truths, naming things, giving voice to pain. But what if, by mirroring the most painful aspects of my generationâ€™s struggle, Iâ€™ve inflamed it?

Where is the balance?

[...] But Iâ€™m writing to offer some suggestions for reinventing womenâ€™s history month, not to complain about it. In fact, Iâ€™ve been thinking a lot about the balance between identifying problems versus creating solutions within feminism ever since I read Courtney Martinâ€™s provocative analysis of a New York Times op-ed here. [...]