NICE WORK: If You Mess With Her Cubsâ€¦ 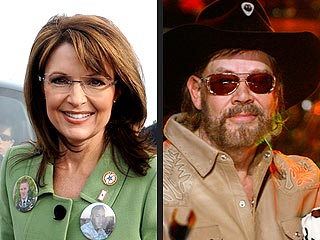 Perhaps someone forwarded you this wacky protest song in support of McCain-Palin by Hank Williams, Jr., that’s going around. Here’s a favorite line from this Palin anthem:

“If you mess with her cubs, she’s gonna take off the gloves. It’s an American female tradition.”

My friend who forwarded me the lyrics quipped: “For me, this really hit the sweet spot of country music and radical feminist politics.” As another friend said, “Hey! It’s McFeminism!”

McFeminism, Red State feminism, call it what you will, but that sweet spot is exactly the point where gender politics and social class politics intersect.

Gender politics for working-class families often play out differently than do gender politics for middle-class families. Stephanie Coontz’s recent column goes into excellent detail, illustrating that, “how women address gender-based reproductive, sexual, and family interests varies by their class position and their personal options outside the family.”

So, for example, working-class folks, historically, are somewhat more likely to endorse traditional gender roles. In working-class families, according to this example, there’s a more traditional division of household labor. And as researchers show, working-class versus middle-class families even do sex differently. (Check out Coontz’s article “The Romantic Life of Brainiacs” for an analysis of sex and social class; page through to stuff on oral sex just for fun.)Â  Remember, of course, these are only statistical tendencies, not rigid patterns. They give us clues about how to sort out different feminisms.

So Sarah Palin has the promise to appeal to those who admire traditional feminine resourcefulness. In the traditional gender roles universe, the strong mama who does what it takes to defend her cubs (like a pitbull with lipstick) is a feminist heroine.

That’s powerful: I think of my mother who kept a gorgeously clean and attractive house, worked full time (sometimes at more than one job), finished college and went to graduate school, took care of four kids, tolerated an underemployed spouse, and seated the whole crew for breakfast and dinner every single day. This is an American Hero that we all can revereâ€”maybe not as much as a prisoner of war, but certainly as much as Mom and apple pie. SP has qualities that remind us of our old fashioned, wage-earning, home-making, second-shift working momsâ€”the very moms who gave many of us younger feminists greater courage to break the mold.

Luckily (for intergenerational harmony) my own Annie-get-your-gun kind of mom sees Sarah Palin as someone who, in the end, simply isn’t qualified for the job. In truth, my mom really thinks SP is pretty selfish, willing to do or say anything to get what she wants for herselfâ€”not that different from her running mate.

That might just be my mom. But it sure does make me thinkâ€¦.

I can recognize and honor diversity among feminisms, but that doesn’t mean I–or my mom–can’t judge quality.

Va,
I agree with every word you have written here describing your mom and motherhood and how to align things to honor that motherhood thing and not voting for Palin. I hope she goes back to Palinograd where she can see Russia for a very long time. But being go ernor, I think she'll appoint herself to the corrupt old guy Senator's seat. (You know-Ted Stevens)