Bringing theatre into the sociology classroom… 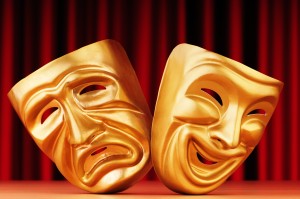 I am not an actor or a playwright, although, full disclosure, I have been surrounded by artists throughout my life. My father was a playwright and an actor; my mother was a painter; and my partner is also a playwright. My sister and I were both plunked into dance classes and piano lessons at an early age. Dance was what “stuck” for me, a necessary outlet in a household too full of struggle.  By the time I was 13, I was in a college performing troupe, and in my 20s, I was performing regularly, teaching dance classes and working as a dance therapist. I was taught by my father to find a “real job” where I could make a living, that the arts were something to do “on the side”. And anyway, he told me, artists needed “material” to inspire our creativity. I could write this entire blog just on that topic and how artists in this country are NOT supported, but that’s not where I’m headed. Instead, I write about the value in bringing the arts – specifically theatre – into the sociology classroom.

Getting started in connecting teaching with the arts

When I began working as an applied sociologist about twenty years ago, my focus was on work and family research. As I explored new areas of research, I yearned to figure out a way to incorporate the arts into my work once again. One day, while riding a subway car, I happened to overhear a conversation between a seasoned professional and a younger woman. The professional was an incredible guide, listening well to the younger woman talk about some work they were doing together, and then re-framing it in a helpful and respectful way.

I leaned over to her and commented that she was a great mentor. This brief encounter turned into a four-year working relationship, starting with acting as a coach and support to my new friend who worked for the national organization, VSA arts, an international organization* that focuses on arts and disability. My initial role as coach broadened into helping the organization with strategic planning and eventually studying the impact of a VSA arts’ artist-in-residence program which was taking place in “inclusive” classrooms, classrooms including children of all abilities. Later, I became a trainer for VSA arts, travelling to a number of their state affiliate organizations around the country and teaching evaluation research, as well as how to build strategic partnerships. The training we did always incorporated arts activities, and I could see that teaching “in and through” the arts was a powerful medium. 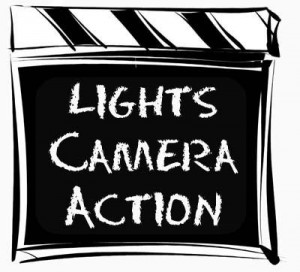 When I started teaching sociology courses, I wanted to build on what I had learned doing training for VSA arts. I started experimenting with using theatre as a tool to teach gender theory in a feminist theory class. While there are, no doubt, many activities one can do with theatre, including taking students on field trips to a local playhouse or supporting their research on plays that deal with gender issues, I have chosen a more hands-on method. When I have used theatre in the classroom, students take on acting out several scenes of a play and use their understanding of the characters as a means to apply gender theory.

In this post, I describe a few of the plays and methods I have used.  While my teaching goal is to help students develop a deeper understanding of gender theories, I have also used this technique in a Sociology of Aging class, which was very effective, and I believe that many areas of analyses can be explored through the use of theatre.

Teaching gender theory through the arts 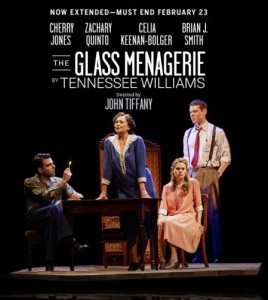 I first considered the idea of using theatre as a means to teach gender theory when I was teaching Sociology of Sex and Gender.  Having taught feminist theory in a fairly traditional way, I wanted to experiment with finding a way to make gender theory come alive. I called my dad and asked him what plays he thought would work, and he immediately suggested “The Glass Menagerie,” by Tennessee Williams.  As you may know, this play focuses on the frail character of Laura who collects glass objects (her “menagerie”). Her mother, driven by fears that her Laura will become a spinster, pressures her son to bring home a coworker as a possible suitor. With an exaggerated Southern etiquette, the mother welcomes this “gentleman caller,” hoping that he will woo Laura and save her from a life of loneliness. The visitor is very kind and somewhat pitying, but finds Laura’s quirky obsession with glass objects intriguing. There is plenty of gender food for thought in this play, and it is truly a classic.

The second play that I have used is “Gut Girls,” a contemporary play written by British author, Sarah Daniels. I used this play for a course called “Gender, Work and Public Policy.” In this case, I wanted a play that centered on the experience of work, and which also had a lot to say about gender and class. The gut girls in Daniels’ play are slaughterhouse workers in late 19th century England. They are feisty, funny and irreverent working-class women who, in their own ways, understand their oppression and exploitation. We meet these women in their messy workplace, and find out how “gutsy” they are, as they exchange banter while doing their jobs. The “plot thickens” when an upper-class woman visits the gut girls at their workplace, deigning to enter their world of blood and entrails. She is appalled at their working conditions, and also takes pity on them, and decides to sets up a social club to teach them manners. 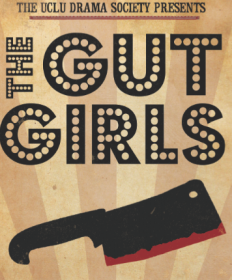 Ultimately, we discover that the upper-class woman’s motives are twisted, as she gets them to work as domestics, considered more “refined” work, or more appropriate for women. Among the gut girls is a woman trying to unionize the group, another who lives in a home for wayward girls, and so on. Students take on the various roles of these gut girls with great gusto! They love to struggle with the working class British accents, and swear and cajole one another about offal (or guts). It is, at the very least, a heck of an icebreaker for any class.

Some suggestions for how to use theatre in the classroom

Here are some more specifics regarding how I approached getting started and implementing this methodology of using theatre with students.

First of all, I select a play that deals with gender issues. (One could argue that all plays could be construed as dealing with gender issues.) Short of having a family member who can act as a resource, there are many ways to research options. For example, a store called Baker’s Plays has a website (www.bakersplays.com), which allows you to search for plays by type or title, and then you can purchase the plays from them at a very reasonable price. Or you could contact a local theatre or even a theatre department in your university/college, for advice. Also, the Drama Book Shop in New York has a website (www.dramabookshop.com), with up-to-date information about plays and more. To find “Gut Girls,” I emailed chairs of theatre departments around the country, explaining the kind of play I needed and why, and was pleasantly surprised that they took my request seriously. Interestingly, a number of them suggested this play. I had no problem finding the play on the web, but finding a physical copy was not easy. This is how I discovered Baker’s Plays, and they had the play. (Some plays, including “Gut Girls,” cannot be found in your average bookstore. More popular plays are easier to track down at a chain or independent bookstore.)

2. Finding a scene from the play

So far, I have not used the entire play; rather, I select several scenes that capture the essence of the play and also include the number of characters needed to include students in the “production.” I try to keep the reading to about 30-45 minutes, so doing a rehearsal reading on your own may be useful.

3. Introducing the idea to your class

On the first day of class, part of my introduction to the course involves handing out the script and asking students to volunteer to “play” whatever character they choose. This achieves two purposes:  I find it facilitates student bonding early on in the semester, and it also solicits commitment to the course.

4.  Students prepare for their mini-production

When I use this method in a small class, everyone can have a part in the play. When the class is larger, I get volunteers, who will then “perform” it for their peers. In my experience, being in the play is very exciting (and perhaps preferable), but observing a play reading is still a great experience for students.  In one larger class where I used this method, it turned out that the volunteers were extremely talented drama students and the rest of the class was treated to a professional performance! After students have been introduced to the play and have selected their character (that is, if they have a character), I encourage them to go through their script and highlight their lines before the next class when they do the play reading. The class is also assigned readings on gender theory, which they must also complete by the next class.

I find that students take the production very seriously. They come prepared, even if they stumble over some of their lines. When it really clicks, they work at relating to each other as characters, rather than just reading their lines. At the same time, because this isn’t a professional production, I find that students will laugh at a funny part or groan or comment at something particularly sad or difficult. At the end, we applaud! Often students want to continue reading beyond the selected scene, which I figure is a good sign, but I do stop them so we can get on to the analysis.  It’s mainly a time issue.

First, I ask students how they felt to be the characters they played. I also ask them their general observations about the other characters. Then, students break into small groups for 15-20 minutes, and work on applying a theoretical perspective (e.g., biological determinism, gender as social construction) to the characters and their actions. I ask them to focus on one theory, because the task of thinking about the play in the context of doing a theoretical analysis can be fairly complex. While presumably they have done assigned readings on gender theories, I hand out a one-page description of several theories, which they use as a guide.

When small groups have finished talking, they come back to the larger group and a representative from the group presents their group’s analysis. We then open it up for discussion, comparing and contrasting the gender theories, in the context of the play.

If using theatre in the classroom moves you, but you have some questions about how to make it happen, feel free to ask them in the comments section, and I promise that I’ll respond!

I enjoyed this! I no doubt will consider using theatre for students to role play aspects of community health and the various social tensions that play out in underserved communities.

Thanks, Gail and Joya! Gail - would love to hear how it goes, if/when you use theatre in your classes!
Mindy