Five work-family policies that should be a no-brainer… 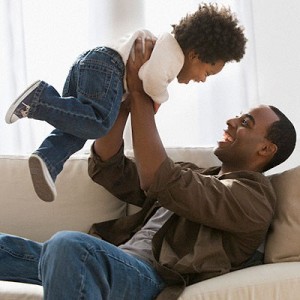 Enough is enough! It is way past time to pass a paid parental leave law in the US. Nearly every other country in the world has this policy, including countries in Europe, Asia, Africa, and the Americas. Bill Clinton approved the passage of an UNPAID parental leave law in 1993, called the Family and Medical Leave Act (FMLA), after then-President Bush had vetoed an unpaid leave bill a couple of times. The business community went bonkers about the FMLA, claiming that it would cut into profit and slow down business, but guess what? Life went on with no serious consequences. The only problem is that nearly half of the work force isn’t eligible to use the policy (e.g., workers in small businesses). And while the policy was designed to be gender-neutral – meaning that women and men could take time off from paid work to care for a young child – women are the primary users. There are a few reasons why:

When I first moved to Boston in 1980, I worked for a Massachusetts Senator named Jack Backman, who filed a universal child care bill. People laughed at him because the notion of “universal child care for all” seemed pie-in-the-sky. “There goes Jack”, was the banter at the time. But he was a radical visionary for his time, and believed that all children deserved the option of early education and care. At the time, I worked with a band of child care teachers/activists who supported Jack’s bill. The then-Governor, Ed King, called child care a “Cadillac service”, in other words, something superfluous – because women were expected to be primary caregivers for their children. But even then, 35 years ago, this view was way out of sync with the reality of women in the labor force, and especially the rise of mothers – about ½ of all mothers with infants and around ¾ of mothers with children under 5 – who continued to work for pay after their babies were born.

Fast forward a few decades and we are STILL in a quagmire about providing universal pre-kindergarten services. The problem is not in the research. There are enough studies to prove the point to a toddler.

Alas, all the research about the benefits of early education and care falls on deaf ears in many states and localities. In my own state of Massachusetts, low income families are eligible for pre-kindergarten (or pre-k) subsidies from the state, but there aren’t enough “slots” to go around. Over 16,000 kids are on the state’s waiting list. Governor Charlie Baker supports a “targeted investment” on early childhood education programs, focusing on low-income communities. 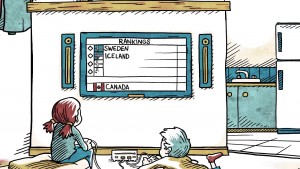 But he misses the point of universal programs – that when everyone is eligible, there is broad support for a program. When only poor people are eligible, support is more limited. Instead of supporting pre-k, Baker, who sits on the board of the Phoenix Charter Academy Network, wants to prioritize funding more charter schools, which some argue undercuts funding for public schools and doesn’t result in “better performing” students anyway. But pitting early childhood education funding against K-12 funding is getting away from the point! High quality early childhood education has proven benefits for kids, and it allows parents to work, so it’s good for the economy. 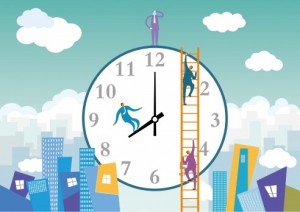 These policies include flexibility WHEN we work and WHERE we work. They range from part-time work to flextime to telecommuting to job-sharing. Parents coming back from leave-time often appreciate being able to phase back into a full-time schedule (or even come back to part-time work), and workers with elder parents appreciate flexibility in scheduling, allowing them to juggle their care with work demands so that they can maintain their work productivity while attending to personal demands. But flexible work arrangements benefit all workers, regardless of caregiving responsibilities. While a number of companies have flexible work policies, they are not universally offered benefits. When a workplace doesn’t offer flexible work policies, the act of requesting to work flexibly is framed as a personal need and up to the discretion of a manager. In a study I directed at Boston College Center for Work & Family on flexible work policies, we learned that they increase employee satisfaction, and they have a positive effect on worker productivity. We need policies at the federal and local levels that encourage flexibility in the workplace. 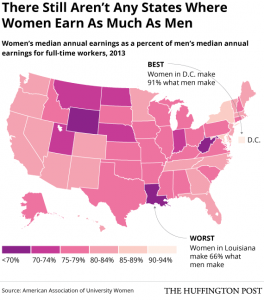 In 2014, U.S. women working full time in the paid labor force were paid on average 79 percent of what men were paid, a gap of 21 percent. For people of color, the wage gap is even worse: African-American women earn 69 cents for every dollar paid men, and Latinas earn just 58 cents on the dollar compared to Latino men. The disparity grows wider when these women are compared to non-Hispanic white men. 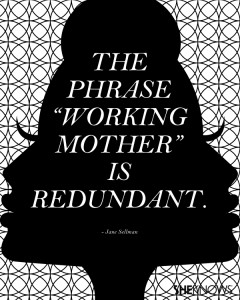 Seventy percent of mothers with children under 18 of age are in the paid labor force. Becoming a parent often has different outcomes for women and men. Taking time away from the workforce or working fewer hours, both of which are more common for mothers than fathers, hurts earnings. A report by the American Association of University Women (AAUW), called Behind the Pay Gap, found that 10 years after college graduation, “23 percent of mothers were out of the workforce, and 17 percent worked part time. Among fathers, only 1 percent were out of the workforce, and only 2 percent worked part time”. While many mothers who leave the paid labor force do return full-time, they may encounter a “motherhood penalty”, in which they are perceived as less competent; and they are offered a lower salary compared to women without children. In contrast, fathers rarely take parental leave time; if they do, it’s roughly two weeks, and they do not suffer a penalty compared with other men. In fact, some research demonstrates that fathers actually receive a wage premium after having a child! While being a mother in the paid labor force doesn’t fully explain the gendered wage gap, it does have a measurable impact.

So in a sense, pay equity and paid parental leave are inherently connected. Even if taking time for parenting were the norm for women and men, it still makes more economic sense for the “lesser” earner to take advantage of an unpaid parental leave policy. If we had paid leave AND pay equity, the decision to take a parental leave wouldn’t be driven by economics.

The Lilly Ledbetter Fair Pay Act, signed into law by President Obama in 2009, states that the 180-day statute of limitations for filing an equal-pay lawsuit regarding pay discrimination resets with each new paycheck affected by that discriminatory action, which creates more opportunity for employees who experience gendered wage discrimination to file lawsuits. According to the National Women’s Law Center, the Lilly Ledbetter Fair Pay Act has made a difference in “keeping the courthouse doors open so victims of discrimination have the opportunity to challenge unfair pay.” 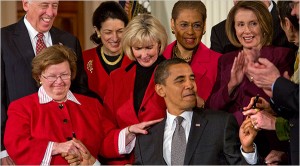 But in recent years, progress has stalled, and it is clear that the pay gap will not disappear without policy intervention. The National Women’s Law Center says that the laws are weakened by a number of factors, including “a series of other court decisions that have opened loopholes in the law and by insufficient federal tools to detect and combat pay discrimination.”

Moreover, “too often wage disparities go undetected because employers maintain policies that punish employees who voluntarily share salary information with their coworkers. Efforts to ensure that workers really can address and remedy pay discrimination are far from complete”.

The Center says Congress needs to pass the Paycheck Fairness Act to end pay discrimination “once and for all”. 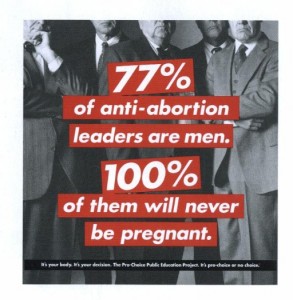 Why are reproductive rights a work and family issue? The right to regulate if, when and where one has a child is critical to women’s financial and emotional independence and, it can be argued, in some cases, for women’s survival. The decision to have a child is a major life change for any family, one that has major ramifications, both emotionally and financially. The decision to not have a child must be a woman’s prerogative. If women are to achieve equality in all facets of life (borrowing from the World Health Organization’s language on sexual and reproductive health), we must have contraceptive choice and safety and infertility services; improved maternal and new born health; reduced sexually transmitted infections, including HIV, and other reproductive morbidities; the elimination of unsafe abortion and the provision of post-abortion care; and the promotion of healthy sexuality, including adolescent health, and reducing harmful practices.

Taken together, these policies would make a real difference in moving forward a feminist work and family agenda.