As a feminist, I recognize power in the structures and symbols that regulate society. I see how intersecting privileges and lack thereof operate to allow some communities more access to opportunities and others less. I know that while power and privilege may be firmly entrenched in ways that systematically marginalize large swaths of society I also know that people have agency. Feminists challenge power imbalances in the spaces we frequent most; in my case, the academy. Mentoring women of color and non-traditional students in their research prevents scholarship and the resultant status from producing it, from remaining the domain of the privileged. I believe that student researchers from marginalized populations challenge the racial/ethnic, class, gendered, and sexualized hierarchies that shape undergraduate research arrangements and thus the academy more broadly.

I teach at the University of Washington Bothell, an institution that greatly values the professor-student relationship. Our student body is very diverse: 42% students of color, 46% first generation college students, and 60% on financial aid. Many of the students I teach have life experiences meant to keep them out of college. For example, one Chicana student shared with me that her high school guidance counselor told the Latinas that there was no need for them to try in high school because they were just going to get pregnant and drop out anyway. This hateful, racist, and sexist message from a woman paid to be a mentor! Feminist mentoring of undergraduate students is a post-intervention, of sorts. Here I want to share the successes of five of my students; all five of whom represent communities of underserved populations.*

In May of this year I saw a CFP (Call For Papers) for an author of an encyclopedia entry about Chicana feminism. I had an idea for three of my undergrad students to work together to research and co-author the entry, with my close mentoring. The editor agreed, I asked the students, who enthusiastically and proudly said yes. I know these three students very well; they were in their third and fourth classes with me, have done research papers in my classes, and worked on group projects together. They are all excellent students but I knew the project was going to take a lot of my time, regardless. And it did: six iterations amidst an already hectic quarter. I knew I wanted these students to have the opportunity to write the essay; an opportunity typically not available to the demographics they all represent.

Alejandra is a Guatemalan born, 1.5 generation, undocumented immigrant and first generation college student. Alejandra, her brother, and mom came to the US in 2006 and were just reunited with her father after 8 years. Her mother works as a nanny and her father a construction worker. Alejandra is financing her education through scholarships and working; additionally, Washington state recently passed SB6523 which makes financial aid available to undocumented students. She does spectacularly in school, on top of her being an activist with a job. If given the chance she will eventually become anything she aspires to be. Or her parents may be picked up by the INS or ICE and deported to Guatemala. Her future is anything but certain.

Jessica has also overcome odds. She too is a first generation college student. Jessica is a Chicana, born to immigrant parents. She was raised in Eastern Washington (home to most of the state’s agroindustry) where her father works as a laborer and her mother a sorter for a produce company.

The final co-author is Elizabeth; a white mother/grandmother/ great grandmother from the Midwest. Elizabeth returned to college at the age of 65 after a 22-year hiatus when she worked as an accountant and a single-mother of six. Together these three rock stars rejected the social messages that tell them the privileged class in the academy has no room for them and in 2016 their names will appear in a prestigious encyclopedia as co-authors of an essay I will eventually assign in my classes. 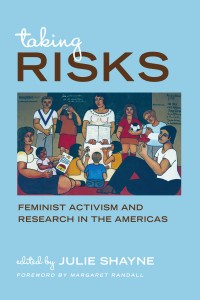 The next two rock stars worked individually on pieces that now appear in my edited collection Taking Risks: Feminist Activism and Research in the Americas (SUNY 2014). During the revisions my editor asked me to write introductions to each of the three sections of the book. I loved the idea but had no idea where I was going to find the time. I called upon one of my undergraduates, Jessica (a different one) that I have a long history with, starting with her first quarter of college. I asked her if she was interested, she said yes, we found her a small stipend, and I handed over the unpublished manuscript and asked her to make sense of each section. Once she did, she wrote the introductions in a concise way to communicate the overarching themes. Jessica did an amazing job. Her accomplishment was also personally important as her family was not pleased with her choice or majors (not-Business) or her recent coming out as a lesbian. Jessica is a proud mixed Brazilian who has been in the U.S. since 2010. She is pursuing her dream to be an academic and will no doubt serve as a role model and mentor to queer and straight women of color.

Finally, Mahala. I have known Mahala the longest of all of these students. She took a Latin American studies class with me which required a research paper, and then another and unable to stop, eventually a directed study so she could keep researching. Her paper ultimately became a chapter in Taking Risks. Mahala is a white woman in her mid-twenties. She returned to college after a 5 year leave, while raising her 2 and 4 year olds, largely alone. She worked and single-parented full time, and quietly excelled in all of her classes. I saw her brilliance in her first very short paper for me and sought her out. She was always silent in class and was oblivious to her intelligence. I worked hard to get her to present her papers, get fellowships and anything else to make her realize her competence. I eventually asked her to transform her paper into a chapter for my book. Jessica and Mahala didn’t end up in my book because I was doing them a favor; my name is on the book so I needed to feel good about their work and I absolutely do.

The results with these and other students I don’t have space to write about here energizes me to keep pouring my all into my undergrads and mentor them to go out and be confident social justice and feminist advocates in whatever professional sphere they choose. As feminists, especially those of us with status and privilege to mobilize, we need to undermine the power imbalances in the spaces to which we have access and in my mind, working with the aforementioned researchers is a small but important move in that direction.

* The students mentioned in this essay all read and edited it before I sent it to the editors at Feminist Reflections. 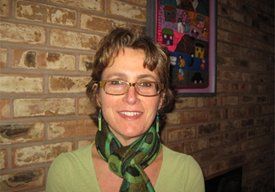 Julie Shayne is author/editor of three books: Taking Risks: Feminist Activism and Research in the Americas (editor), They Used to Call Us Witches: Chilean Exiles, Culture, and Feminism, winner of the Pacific Sociological Association’s 2011 Distinguished Scholarship Award, and The Revolution Question: Feminisms in El Salvador, Chile, and Cuba. She is a Senior Lecturer in Interdisciplinary Arts and Sciences at the University of Washington Bothell and Affiliate Associate Professor of Gender, Women, and Sexuality Studies & Latin American and Caribbean Studies at the University of Washington Seattle.