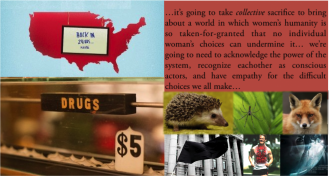 A Digression on Writerly Fitness:

I’ve been reading and writing a bit about fitness lately, and I’ve noticed two trends come up again and again: High Intensity Interval Training (HIIT) and “body confusion.” What does this have to do with TSP and writing you ask? Excellent question.

In HIIT, as I understand it, you’re trying to build explosive speed and cardio prowess, and you’re doing it by alternating going full-tilt and taking it easy throughout your workout. You might jog for five minutes, then sprint for one, repeating the process for a half hour and getting your heart used to revving up and cooling down.

For a writer, a burst of creativity can’t necessarily be planned. But a dedicated time for work can. Try a “pomodoro timer” app or “Freedom” installed on your computer to keep you in a set workzone time. Write whatever comes to mind or work on assembling your bibliography. However you use those minutes, make them focused on your current writing task. Then ease off: tweet about your progress, check the score on your favorite game, switch the laundry, or give yourself five games of “dots” on your phone. Then… back to the grind! Do not skip the breaks. Soon enough, you’ll actually forget them on your own.

As for body confusion, this is the idea that doing one kind of workout isn’t just boring your mind, it’s boring your body. Exhibit A: my brother is a really great cyclist. He’ll argue about “great,” but he can ride a bicycle for hundreds of miles and stay up for the after-party. But in a recent “alleycat” race, he had to run a mile. Whoops. Turns out he has such good cardio doctors try to wake him up for blood pressure tests, but his body has no idea how to run a mile. He had trouble walking the next morning. From my understanding, this is also why things like CrossFit and barre classes have such a following: by switching up cardio, balance, and strength-training in endless permutations, your body keeps changing and you keep interested in the workout.

So it can be for writers: you may have gotten to where you can whip out a lit review or a blog post like nobody’s business, but that might be keeping you from exploring other avenues. You might even be overlooking a talent because you’ve never considered it. Perhaps you’re the master of the academic haiku or you know how to write up explanations of social theorists’ windy ideas in “personal ad” style, engaging students in a whole new way. You won’t know ’til you force yourself to mix it up.*

The same goes for your reading, by the way, so here’s a whole smattering of great new pieces on topics you may not think pertain to you or your interests. Maybe you’re underestimating the extent of your interest.

“A Social Welfare Critique of Contemporary Crime Control,” by Richard Rosenfeld and Steven Messner. Crime can be reduced through reducing motivation and reducing opportunity, but what trade-offs are we willing to make?

“Politics as a Vocation,” by Chris Uggen. Can sociologists make courageous politicians?

“Sketch #5: Of Foxes, Hedgehogs, and Spiders,” by Doug Hartmann. Thinking large and small and synthetically. With pictures.

“It Takes More than Drugs To Make an Addict,” by Kat Albrecht. A researcher who grew up in the crack epidemic starts testing addiction.

“Lisa Wade on Sociological Images,” with Kyle Green. The co-founder and main author of the most popular sociological website on the Internet graces Office Hours with her very public sociological imagination.

“Working against the Clock,” by Amy August. August makes her TSP debut with a look at new research on education, employment, and white women’s mortality.

“Where Are the Women in High Finance?” by Anne Kaduk. Kaduk makes her own TSP debut with sociological inquiry into why women are such a minority in economics.

“Government Shutdown,” by the TSP Editors. Some hidden effects of a shutdown.

“Columbus Controversy,” by Evan Stewart. Why annual celebrations of a guy accidentally sort of bumping into a new continent are a bit… off.

“How Do People Make Political Decisions when Compelling Identities Pull them in Different Directions?” by Samara Klar.

*I, for example, write up descriptions of comedy records for an indie label. After the first 50 or so, I realized I’d run out of ways to say “this is funny,” and came up with a series of style challenges for myself. I want to build a whole suite of these sorts of challenges for academics—what do you suggest?