Dr. Douglas Hartmann is Professor of Sociology at the University of Minnesota.  He is the author of Midnight Basketball: Race, Sports, and Neoliberal Social Policy (University of Chicago Press, 2016) and Race, Culture, and the Revolt of the Black Athlete: The 1968 Olympic Protests and Their Aftermath (Chicago, 2003), and co-author of Migration, Incorporation, and Change in an Interconnected World (Routledge/Taylor Francis 2015, with Syed Ali).

With Chris Uggen, he publishes The Society Pages, an open access social science hub, and co-edits the “Critical Issues in Sport and Society” series at Rutgers University Press. Professor Hartmann he is former editor of the American Sociological Association magazine Contexts, is  a past president of the Midwest Sociological Society and co-Principal Investigator of the American Mosaic Project and the Kids’ Involvement and Diversity Study (KIDS). 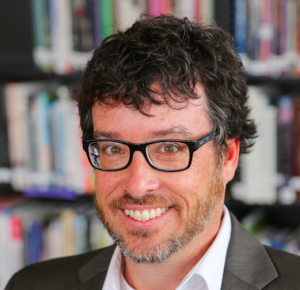 When I was just getting started in sociology, I used to describe my research and writing (most of which you can find copies of or links to below) as contributing to two main areas—race and ethnicity, and the sociology of culture—and that the two came together mainly in my work on race and sport in the United States (such as my books on Midnight Basketball and the 1968 African American Olympic protests). I think that was pretty accurate, though I probably published more on race and ethnicity (this book with Steve Cornell) and sport than on the sociology of culture. Perhaps it would have been more accurate to say that I thought of myself as a cultural sociologist doing work on race and sport.

In more recent years, research foci and scholarly identities have both expanded and contracted. On the sport front, I’ve continued to work on sport and race, but have become more focused on questions of sport-based intervention—especially for at-risk youth and young adults (as in my long-suffering midnight basketball project)—and youth sport and other out-of-school activities. (On this latter front, see the Kids Involvement and Diversity Study–KIDS–with Teresa Swartz and Ann Meier).  On the race front—facilitated by with my collaborations on the American Mosaic Project—I’ve moved from big level, theoretical work on racial and ethnicity identities and boundaries to more empirical studies of racial identities and boundaries in the United States, focusing especially on topics related to whiteness, colorblindness, and cultural diversity.

I’ve also broadened out a bit over the past few years into other areas and topic research projects, including the transitions to adulthood, religious belief and practice (or the lack thereof—thinking here of the paper Joe Gerteis, Penny Edgall and I did on atheists), as well as immigration and the racialized incorporation of second and third generation immigrants into American society and Islamophobia.

The other great focus of my time and energy has been bringing sociological information and insight to broader public visibility and impact—what has been called, following Michael Buroway’s important if incomplete intervention, “public sociology.” This began with my editorship (with Christopher Uggen) of Contexts magazine and has now shifted to “The Society Pages.org” website. On the engagement side, we are trying to expand the scope of our website to do a better job representing the field as a whole; and in terms of my own research and writing, to begin writing about what sociology is, what sociologists do, and what we have to contribute to the worlds that we study, and in which we work, play, and live. In addition to being an end in itself, I believe that fuller practical experiments with and philosophical explorations of the relationships between sociology and “the public” have the potential to help us reclaim and revitalize that big, broad, synthetic vision of society that is our field’s proper heritage and birthright. This was one of the big themes of my 2016 MSS Presidential Address.

In grade school, my son had a little rock band called “Random Elements.” I loved that name but nonetheless, fret about its application to and implications for me and my work. You know, jack-of-all-trades, master of none. But that is honestly where I think I am and what good sociology is often all about.

Religion and Diversity: “Atheists and Other Cultural Outsiders- Moral Boundaries and the Non-Religious in the United States” 2016. (with Penny Edgell, Evan Stewart*, and Joseph Gerteis). Social Forces, 95 (2): 607-638.

Sociology and Engagement: “Sociology and Its Publics- Reframing Engagement and Revitalizing the Field.” 2016. The Sociological Quarterly, 58 (1): 3-18.

2013. The Social Side of Politics. (with Christopher Uggen). New York: W.W. Norton

2011. “Transitions to Adulthood in the Land of Lake Wobegon.” (with Teresa Toguchi Swartz and Jeylan Mortimer). Pp. 55-109 in Coming of Age in America: The Transition to Adulthood in Twenty-First Century America, edited by Mary Waters, Jennifer Holdaway, Maria Kefalas, and Patrick Carr. Berkeley: University of California Press.

2007. “The New Adulthood? The Transition to Adulthood from the Perspective of Transitioning Young Adults.” (with Teresa Toguchi Swartz). Pp. 255-289 in Constructing Adulthood: Agency and Subjectivity in the Life Course, Advances in Life Course Research Volume 11, edited by Ross Macmillan. Elsevier/JAI Press.

2014. “Binge drinking and sports participation in college: Patterns among athletes and former athletes” (with Kyle Green* and Toben Nelson). International Journal for the Sociology of Sport, 49 (3-4): 417-433.

2012. “The Attitudes and Opinions of High School Sports Participants: An Exploratory Empirical Examination.” (with John Sullivan+ and Toben Nelson). Sport, Education, and Society. 17 (1): 113-132.

2007. “Rush Limbaugh, Donovan McNabb, and “A Little Social Concern”- Reflections on the Problems of Whiteness in Contemporary American Sport” Journal of Sport and Social Issues, 31: 45-60.

2006.  “Bound by Blackness or Above It? Michael Jordan and the Paradoxes of Post-Civil Rights American Race Relations.” Pp. 301-324 in Out of the Shadows: A Biographical History of African American Athletes, edited by David K. Wiggins. Fayetteville: University of Arkansas Press.

2004.  “Conceptual Confusions and Divides: Race, Ethnicity and the Study of Immigration.” (with Stephen Cornell.)  Pp. 23-41 in Not Just Black and White: Historical and Contemporary Perspectives on Immigration, Race, and Ethnicity in the United States, edited by Nancy Foner and George M. Fredrickson.  New York: Russell Sage Foundation.

2003. Race, Culture, and the Revolt of the Black Athlete: The 1968 Olympic Protests and Their Aftermath. Chicago: University of Chicago Press.

2001.  “Notes on Midnight Basketball and the Cultural Politics of Recreation, Race and At-Risk Urban Youth.”  Journal of Sport and Social Issues, 25: 339-372.

2000.   “Rethinking the Relationships between Sport and Race in American Culture- Golden Ghettos and Contested Terrain.”  Sociology of Sport Journal, 17: 229-253.

1996. “The Politics of Race and Sport- Resistance and Domination in the 1968 African American Olympic Protest Movement.” Ethnic and Racial Studies, 19: 548-566.

2017. “The Transition to Adulthood in Qualitative, Comparative Perspective: Insights and Implications from the American Case.” (with Teresa Swartz). Pp. 279-294 in Crossings to Adulthood: How Diverse Young Americans Understand and Navigate their Lives, edited by Swartz, Hartmann, and Rumbaut. Leider, NL / Boston: Brill.

2017. “Collective Identification Among Young Adult Americans: Ethnicity, Race, and the Incorporation Experience.” (with Arturo Biaocchi). In Crossings to Adulthood: How Diverse Young Americans Understand and Navigate their Lives, edited by Swartz, Hartmann, and Rumbaut. Brill Publishers.

2015. “Colorblindness in Black and White: An Analysis of Core Tenets, Configurations, and Complexities.” (with Alex Manning* and Joseph Gerteis). Sociology of Race and Ethnicity, 1 (4): 532-546.

2014 “The Uncertain Future of Race in a Changing America.” (with Kia Heise*). Pp. 3-20 in Color Lines and Racial Angles, edited by Douglas Hartmann and Christopher Uggen. New York: Norton.

2011. “How Americans Understand Racial and Religious Differences- A test of Parallel Items from a National Survey” (with Dan Winchester,* Penny Edgell, and Joe Gerteis). The Sociological Quarterly, 52 (3): 323-345.

2008. “Critical Whiteness Theories and the Evangelical “Race Problem”‘- Extending Emerson and Smith’s Divided by Faith” (with Eric Tranby*).  Journal for the Scientific Study of Religion, 47(3): 341-359.

2006. “Atheists as “Other”- Moral Boundaries and Cultural Membership in American Society” (with Penny Edgell and Joseph Gerteis).  American Sociological Review, 71: 211-234.

2005. “One (Multicultural) Nation Under God? Changing Uses and Meanings of the Term “Judeo-Christian” in the American Media  (with Xeufeng Zhang* and William Wischstadt†).  Journal of Media and Religion, 4 (4): 207-234.

2016. “Atheists and Other Cultural Outsiders- Moral Boundaries and the Non-Religious in the United States.” (with Penny Edgell, Evan Stewart*, and Joseph Gerteis). Social Forces, 95 (2): 607-638.

2011. “How Americans Understand Racial and Religious Differences- A test of Parallel Items from a National Survey” (with Dan Winchester,* Penny Edgell, and Joe Gerteis). The Sociological Quarterly, 52 (3): 323-345.

2008. “Critical Whiteness Theories and the Evangelical “Race Problem”‘- Extending Emerson and Smith’s Divided by Faith” (with Eric Tranby*).  Journal for the Scientific Study of Religion, 47(3): 341-359.

2006. “Atheists as “Other”- Moral Boundaries and Cultural Membership in American Society” (with Penny Edgell and Joseph Gerteis).  American Sociological Review, 71: 211-234.

2005. “One (Multicultural) Nation Under God? Changing Uses and Meanings of the Term “Judeo-Christian” in the American Media  (with Xeufeng Zhang* and William Wischstadt †).  Journal of Media and Religion, 4 (4): 207-234.

2013. The Crises of Multiculturalism- Racism in a Neoliberal Age by Alana Lentin and Gavan Titley (London and New York: Zed Books, 2011). Contemporary Sociology.

2014. Conspiracy of Silence: Sportswriters and the Long Campaign to Desegregate Baseball by Chris Lamb (Lincoln: University of Nebraska Press, 2012). Ethnic and Racial Studies.

1998. Darwin’s Athletes- How Sport Has Damaged Black America and Preserved the Myth of Race, by John Hoberman (Boston: Houghton Mifflin, 1997).  “Review Symposium.”  International Journal of the Sociology of Sport, 33, 1 (March): 89-92.

Articles on The Society Pages

November 2017. Self-Reliance and the “Least of These”

November 2016. Mornings After in America

October 2016. “They Out Here Sayin’ for $800:” SNL’s Most Hilarious and Insightful Skit of the Season

July 2016. A New Era of Athlete Awareness and Advocacy

September 2016. The Return of Revolt – Tommie Smith and John Carlos Go to Washington

July 2016. A New Era of Athlete Awareness and Advocacy

March 2012. The Silent Speech of Athletes

December 2017. Time: Lessons for 2018 from one of America’s most tumultuous years

October 2017. Quartz: Jewish Americans are shunning the term “Judeo-Christian” thanks to Donald Trump”

September 2016. Religion News Service: Muslims surpass atheists as most unpopular group in US

September 2016. City Pages: U of M study says we still dislike the atheists most; we’re just not sure why