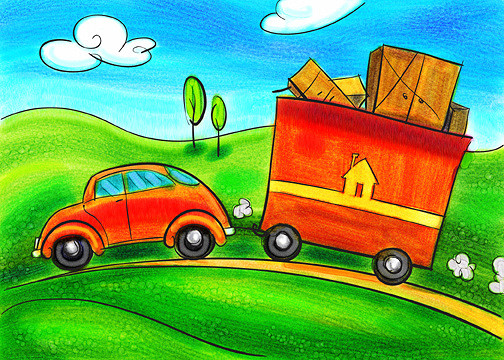 Moving can be difficult for adolescents, as they often worry about how they will fit in with new peers, adjust to a new school environment, and maintain stress levels. Yet residential mobility among youth may lead to another concerning outcome: juvenile delinquency. While prior research finds that moving can disrupt former social networks, allowing adolescents to form new bonds with possibly delinquent peers, little evidence illustrates a significant effect between a single move and delinquency. In a new study, Matt Vogel, Lauren Porter and Timothy McCuddy examine whether the number and type of moves an adolescent experiences affects their delinquency after the move.

The researchers use responses from the National Longitudinal Study of Adolescent to Adult Health and the National Longitudinal Study of Youth surveys to predict self-reported delinquency. Unique to previous research on youth mobility, these surveys provide adolescents’ residential locations at each interview wave. This allowed the researchers to compare frequency of relocation, neighborhood quality, and moving distance between neighborhoods. Youth self-reported acts of delinquency included engagement in selling drugs, robbery, burglary, major and minor theft, physical altercation, and damage to property. The more adolescents move — particularly those that move year to year — the more likely they are to engage in delinquent behavior.