Breaking the Metaphor: Augmented Reality Theory and the New Aesthetic 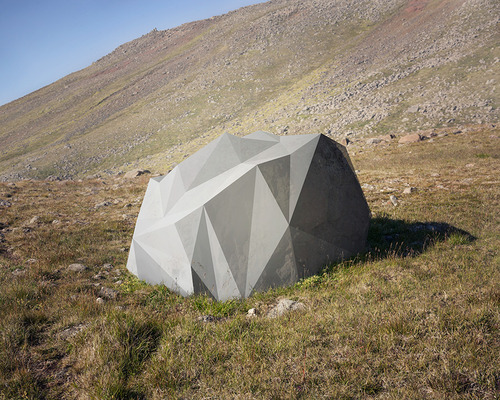 The New Aesthetic and critiques of digital dualism have much in common: they emerged in the same year; the nature of their conclusions are (partly) formed by the method of their construction – that is to say, they originated in the digital and as such are collaborative, speculative, and ongoing; and they both seem to spring from the close attention paid to the enticing bangs, whoops, and crashes issuing from the overlap of our digital and physical worlds. But more than this, I would argue that the two concepts are expressions of one another: it sometimes seems that New Aesthetic artwork is an illustration of digital dualist critiques; and likewise it is possible to read digital dualist critiques as descriptions of New Aesthetic artefacts.

This may appear an undeservedly grand claim, and it is certainly extremely speculative (the concepts involved are too varied and inchoate to ever be proper ‘expressions’ of one another). Nevertheless, as a comparison it does produce some interesting conclusions. Especially when we begin to consider what exactly it is that the New Aesthetic and ‘augmented reality’ theory have in common (I’m using the term  ‘augmented reality’ here as a broad label for thought that runs counter to strict digital dualism). In my own personal analysis the mechanism that links the pair is undoubtedly that of metaphor; that cognitive tool that provides us with mental purchase on abstract, complex concepts and systems. In this case the abstract system is none other than the digital world of the 21 st century.

To make this comparison a little clearer we should go through some of these concepts in a little more detail, starting with the New Aesthetic. Descriptions of this movement/genre/paradigm have been varied, ranging from Bruce Sterling’s stately premise of “the eruption of the digital into the physical” to Ian Bogost’s disarmingly honest summary of “here’s a weird thing a computer left behind”. Both quotations identify two realms that can be separately identified (the physical and the digital) and then suggest some form of interaction between the two. Whether this implies that these realms have different properties or not (ie, whether they might represent, in Nathan Jurgenson’s terms, a ‘strong’ or ‘mild’ augmented reality) is not clear: the fact remains that they do interact.

These interactions – and how they are represented within the mutable ‘rules’ of the New Aesthetic – operate via metaphor. Our interfaces with the digital world (‘interface’ being used literally and figuratively) are at root metaphorical; they tend to represent the functions of digital experience via systems and concepts we already understand IRL. To give a most common example, consider how operating systems are structured around the metaphor of the work-space: there are folders and files organised as filing cabinets; written documents are divided into pages that might never exist, placed as ‘windows’ on the background of the desktop. This is a rather trivial example, but it indicates how, from the most basic level, our interaction with technology is structured metaphorically.

What the New Aesthetic and critiques of digital dualism seem to work towards is the deconstruction of these metaphors; breaking down the conceptual bridges between the physical and the digital, or rather, revealing that these bridges became spectres long ago. Ironically, the practice of separating reality into an online/offline dichotomy has itself become increasingly removed from daily experience. Through theoretical and visual practices online communities are exploring the consequences of this.

In the New Aesthetic we find that this process of deconstruction is manifested in the use of visual styles that have been previously confined in the digital realm expressed through the materials of the physical. For example, the use of pixelated imagery (something that James Bridle has referred to as “one of the totems of the New Aesthetic”) in print fabrics. Styles such as these call attention to the irreality of our interfaces, zooming in our usual view so that the simulacra of our screens are given new focus as jagged landscapes of block colour.

However, that interpretation is somewhat idealised and may be of less relevance to the example above (a sort of geometric aesthetic where the image has been quantized in both colour and line) than it is to pixelation as a general phenomenon. This potential misapplication illustrates one of the possible dangers in claiming the New Aesthetic as an artistic complement to ‘augmented reality’ theory. Visual styles associated with NA may have no conceptual interest in digital/physical cross-over at all; either they might have emerged from entirely different concerns or – as with pixelation – from something that can be interpreted  as a deconstructed metaphor, but that has been reproduced and reproduced so often that it is nothing more than kitsch. Would we consider the 8bit tie below as belonging to the ‘New Aesthetic’? No. Not simply because we might find it tacky, but because it is just so unthinking; it makes no statement about the world, it’s just a banal visual pun – the fashion equivalent of a Christmas cracker joke.

New Aesthetic artwork tends to engage with conceptual – as well as visual – interplay between the digital and the physical; it addresses the metaphorical structures that link these realms together. Compare the tie above with something like Adam Harvey’s CV Dazzle; a project that utilizes a visual style in the same genealogy  with makeup and hair that look like the end product of some render gone wrong, but that remains firmly engaged with observations about surveillance and identity. The designs tread a fine line between camouflage and disguise; striking in appearance, but not as conspicuous as a balaclava, whilst still providing cover from CCTV.

It’s because of the implicit conceptual critiques in work such as Harvey’s that I find it especially interesting to consider the New Aesthetic in relation to augmented reality theory. I feel that the latter has so far been uninterested in the use of metaphor as an interface between the digital and the physical when this seems to be the most obvious conceit through which the interplay of the two realms can be glimpsed.

I’ll rewind a bit here and try to explain the aspect of metaphor I’m interested in: that is, metaphor as a mode of understanding.  This is also known as the conceptual metaphor, an idea that was first explored in depth by George Lakoff and Mark Johnson in their 1980 work Metaphors We Live By. Lakoff and Johnson’s work explains how metaphor is not merely a characteristic or a tool of language; it is architecture integral in the structuring of nearly all levels of thought.

Metaphor’s usage in everyday speech can be so bone-basic as to be nearly invisible – Lakoff and Johnson suggested as an example that the various ‘up is good, down is bad’ metaphors are rooted in our association of uprightness with consciousness – but when applied to more complicated ideas metaphors often insert their own meaning, to plug the gaps in our understanding. A common example is the ‘war on drugs’ metaphor; a rhetorical flourish that has allowed politicians to reduce a complex social issue into a battlefield where one side can be proven to have ‘won’ by sheer weight of numbers or statistics. Like conspiracy theories and ideologies, metaphors can be a tempted resolution for maddening complexities of the world.

To understand the interplay between the physical and the digital metaphor is essential: new technology is always created by people who can only ever guess at its full potential; ‘true’ comprehension is usually lacking and metaphor must be deployed to pick up the slack,  offering explanation and assurance.

We have seen this process in action in the emergence of cyberpunk literature, where writers like William Gibson and Bruce Sterling (amongst others) first ‘mapped’ the internet in their fiction. I mean this in the most literal sense: their stories use the concept of cyberspace as a spatial metaphor for computer networks. It offers a lexicon of place (verbs such as enter, exit, explore; nouns such as space, highway, channel) that allows readers to structure and visualize our invisible electronic realities. Scott Bukatman, author of Terminal Identity, describes the work of these writers as an “attempt to redefine the imperceptible (and therefore absent to consciousness) realms of the electronic era in terms of the physically and perceptually familiar” (Terminal Identity, Scott Bukatman; Duke University Press, Durham and London, 1993; p.117), whilst P.J. Rey describes the creation of the cyberspace myth-metaphor more succinctly as “an article of faith, not the product of lived experience.”

Rey points out this particular metaphor bears little resemblance to our current experience (indeed – it might even be harmful; think how the US’s self-pronounced guardianship of the web is based on geographical claims) but acknowledges that it was, at the time, an essential stepping-stone in our conceptualisation of the interaction of society and internet that allowed us to “anticipate and prepare”. If we wished to read some sort of narrative of progression into this then we could place recent events such as the rolling-back of Apple’s skeumorphism as part of the same process; slowly removing the aids of metaphor as we become increasingly fluent in the language of our interfaces. Although it might not be our ‘fluency’ that is improving, but the design itself.

This reading might chime with interpretations of the New Aesthetic such as Greg Borenstein’s Object-Orientated Ontology or Matt Jones’s Robot-Readable World: theorising that contemplates new forms of vision more accommodating to the ‘robot gaze’. Although Borenstein’s and Jones’s essays only touch upon the idea of augmented reality theory tangentially, it is clear that both are addressing a collision of the physical/digital. If we accept the (vague) premise that metaphor has traditionally afforded a means of interaction between these two realms, then removing metaphor – something that “describes one domain of experience in terms of another” (Lakoff & Johnson;  repr. 2003 p.117) – surely leads to more immanent ways of seeing. The visuals of the New Aesthetic do not necessarily get rid of metaphor, but they do make it conspicuous: we become aware of its presence and thus more attuned to a world where our actions increasingly come equipped with digital counterparts.

When Ezra Pound, one of the pioneers of modernist poetry, described the inception of free verse he declared that “to break the pentameter, that was the first heave” (pentameter meaning iambic pentameter, the standard metrical form of the time). For Pound this was an act of simultaneous destruction and creation; removing a poetic template and its associated freight of cultural and social thinking opened up new possibilities of verse – new form begat new thinking, and vice versa. To me, this seems to be a not-too-terrible analogy for what is happening now. The theories of augmented reality and the artefacts of the New Aesthetic seem to be engaged in ‘breaking the metaphors’ of digital/physical dualism, and demonstrating how enmeshed the two realms are. With any luck, this process will be as aesthetically and critically fruitful for our generation as modernism was for Pound’s.

James Vincent is a writer and journalist from London. He tweets in a generally noncommittal fashion from @jjvincent.