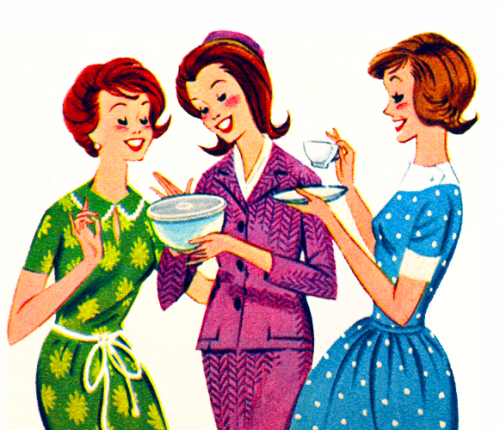 The following is a transcript of my brief remarks from a session at The Australian Sociological Association (TASA) 2020 conference. I served as the theoretical anchor for a panel titled “Experiencing Pleasure in the Pandemic”. The panel featured Naomi Smith (@deadtheorist) and her work on ASMR, and Alexia Maddox (@AlexiaMaddox) & Monica Barratt (@monicabarratt), who talked about digital drugs—an emergent technology using binaural beats to replicate the drug experience in the brain. Together, the papers on this panel addressed the fraught relationship between embodied pleasure and wellness discourse, focusing on their intersection in pandemic times.

During the Q&A discussion, we decided on ‘wellness washing’ as our preferred term to describe the virtuous veneer of wellness framing and its juxtaposition against pleasure for pleasure’s sake. Full video here.

My job on this panel is to wrap the meanings and experiences of digitally mediated embodied pleasure through digital drugs and ASMR into a cohesive theoretical frame. The frame I’ve picked is technological affordances.

Affordances are how the features of a technology, its technical specifications, affect the functions of that technology—its direct utilities and flow-on social effects. Though a simple and widely used concept, affordances’ full theorization is densely packed, balancing the double and coincident factors of materiality and human agency; encompassing critical assumptions about the mutual shaping relationship between technological objects and human subjects; attending to the ways values, norms, and socio-structural arrangements are built into technological systems, which then build and rebuild individual and collective worlds.

I’ll draw in particular on the ‘mechanisms and conditions framework’ of affordances, which I laid out in a recent book. The mechanisms and conditions framework shifts affordances’ orienting question from what technologies afford, to how technologies afford, for whom and under what circumstances? The ‘how’ of affordances, or its mechanisms, indicate that technologies request, demand, encourage, discourage, refuse, and allow social action, conditioned on individual and contextual variables, grouped into perception—what a subject  perceives of an object, dexterity—one’s capacity to operate the object, and cultural and institutional legitimacy—the social support, or lack thereof, for technological engagement.

How can we think about digitally mediated embodied pleasure, and its relation to wellness, through an affordance lens? What do pleasure-inducing technologies request, demand, encourage, discourage, refuse, and allow, for whom and under what circumstances? How do brushes, microphones, video infrastructures, laptops and fingernails combine to encourage soft bodily tingles? How do speakers, beats, eardrums, and brains converge into an altered cognitive-embodied state? But moreover, what are the social conditions that can enable these techno-body collaborations to thrive, and what are the social conditions under which they diminish?

I’ll focus here on the relationship between between wellness and pleasure as they inform and affect sociotechnical systems through one particular condition of affordance—cultural and institutional legitimacy, or the social circumstances surrounding sociotechnical engagement. I’ll make the case that a pleasure framing, for many, discourages or refuses ASMR and digital drug consumption, while a frame of wellness renders consumption socially acceptable, even virtuous, requesting and encouraging the consumptive practice and resultant bodily experience. Wellness may open the door for pleasurable consumption, but in doing so, reinscribes a normative politics of reason.

Wellness technologies are socially acceptable, honorable, and good, yet technologies of pleasure remain somehow shameful, hedonistic, too human, too much about the body. These meanings are not a function of the technologies themselves, but of the meanings with which these technologies are imbued. I can’t help but think of Rachel Maines’ historical hypothesis about the medicalization of women’s sexuality  in the 19th century, in which doctors prescribed and administered orgasms for hysterical housewives, and the extraordinary ordinariness of this medicalized practice such that vibrators were sold in the Sears & Roebucks catalogue until the 1920s.  (They were then swiftly removed when pornographic films, featuring the vibratory device, stripped away vibrators’ medical facade and with it, women’s plausible deniability that they were, in fact, buying pleasure)[1].

This is perhaps why ASMR practitioners and consumers take pains to define the practice and its technological implements as actively not sexual, as a form of self-care, but not self-gratification. This framing, of rational wellness, renders the practice socially supported, granting it cultural legitimacy and thus allowing pleasurable consumption without the baggage of embodied release.

In this way, digital drugs are presented as a safe and acceptable option.  Not a supplement to mind altering ingestible substances, but an antiseptic version, a mocktail, a socially sanctioned playground.

What I’m suggesting is that these technologies—ASMR and binaural beats—are enabled by a virtuous wellness framing, and in many ways, through their juxtaposition against raw, embodied pleasure. The technical elements would be the same either way, but their deployment and availability within each respective frame—rational and pleasurable, respectively— are radically different. Wellness encourages, pleasure discourages or refuses.

This speaks to a broader point about affordances in practice. Technical features are not vacuous mechanical elements, but social objects that reflect, create, reproduce, and potentially disrupt, normative social values.

In the spirit of disruption, I’ll then suggest that binaural beats and ASMR operate as vehicles that reproduce wellness-value and pleasure-shame. And yet, this is not inevitable and could be otherwise. These same technologies, with no technical alteration, could be unapologetically about pleasure. Practitioners and consumers could tout the tingles, the sense of escape, the sensations of remote touch. They could shout pleasure, rather than hiding it.

In the near term, this would likely have dampening effects, rendering the tools less accessible, because less acceptable. Yet this (re)framing may also act as an entry point for upending the shame of pleasure. If we make technologies and technologies make us, then technologies of pleasure, openly consumed, have the capacity to normalize desire as part of daily living and intrinsic to the human experience.

[1] This version of the vibrator’s history has been contested, but its general premise—vibrators as medical devices—seems to have agreement, and functions to illustrate a broader point about the wellness/pleasure relation.