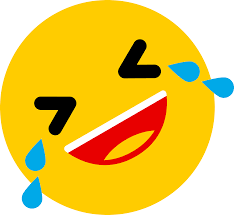 The term “meme” first appeared in the 1975 Richard Dawkins’ bestselling book The selfish gene. The neologism is derived from the ancient Greek mīmēma, which means “imitated thing”. Richard Dawkins, a notorious evolutionary biologist, coined it to describe “a unit of cultural content that is transmitted by a human mind to another” through a process that can be referred as “imitation”. For instance, anytime a philosopher ideates a new concept, their contemporaries interrogate it. If the idea is brilliant, other philosophers may eventually decide to cite it in their essays and speeches, with the outcome of propagating it. Originally, the concept was proposed to describe an analogy between the “behaviour” of genes and cultural products. A gene is transmitted from one generation to another, and if selected, it can accumulate in a given population. Similarly, a meme can spread from one mind to another, and it can become popular in the cultural context of a given civilization. The term “meme” is indeed a monosyllable, which resembles the word “gene”.

The concept of memes becomes relevant when they are considered as “selfish” entities. Dawkins’ book revolves around the idea that genes are the biological units upon which natural selection acts. Metaphorically, the genes that are positively selected – if they had a consciousness – would for example use their vehicles, or hosts, for their own preservation and propagation. They would behave as though they were “selfish”.

When this principle is applied to memes, we should not believe that cultural products – such as popular songs, books or conversations – can reason in a human sense, exactly as Dawkins did not mean that genes can think as humans do. We basically mean that their intrinsic capability to be retained in the human mind and proliferate does not necessarily favour their vehicles, the humans. As an example, Dawkins proposes the idea of “God”. God is a simplified explanation for a complex plethora of questions on the origin of human existence and, overall, of the entire universe. However, given its comforting power, and its ability to release the human mind from the chains of perpetual anguish, the idea of “God” is contagious. Most likely, starting with the creation of God, the human mind got infected by other memes, such as “life after death”. When they realized they could survive their biological end, humans no longer feared death. However, if taken to the extreme, this meme could favour the spread of “martyrs”, people who would sacrifice their biological life for the sake of the immortal one.

There are many other examples of memes that displayed, and still display, a dangerous and apparent “selfish” behaviour. The religious ideology that led to the massacres of the Crusades, which are estimated to have taken the lives of 1.7 million people, or the suicidal behaviour of terrorists, or even, on a global scale, the human culture as a threat to the well-being of the planet, and to humanity itself.

Thus, a meme is a viral piece of information, detrimental, beneficial or irrelevant for the host, that is capable of self-replication and propagation in the population, with the potential of lasting forever. This definition is instrumental to understand its role today.

Dawkins ideated the memes in a pre-Internet era, when the concept was purely theoretical and aimed at describing the spreading process of cultural information. However, in present times, thanks to the wide distribution of high-speed Internet and the invention of social media, the old neologism “meme” has acquired a new and specific meaning.

“Internet memes” are described as “any fad, joke or memorable piece of content that spreads virally across the web, usually in the form of short videos or photography accompanied by a clever caption.” Despite a variety of meme types that can be found online, most of them are usually geared toward causing a stereotypical reaction: a brief laughter.

I recently reflected on this stereotypical reaction while re-watching Who framed Roget Rabbit, a 1988 live-action animated movie, which is set in a Hollywood where cartoon characters and real people co-exist and work together. While the protagonist is a hilarious bunny who was framed for the murder of a businessman, the antagonists are a group of armed weasels who try to capture him. The main trait of these weasels is that they are victims of frequent fits of laughter, which burst irrationally and cannot be stopped, as their reaction far exceed the stimulus. The reason for the weasels’ behaviour is not obvious until the end of the film, when they literally laugh to death.

A brief introduction on the concept of humour is instrumental to understanding the message this deadly laughter conveys. The Italian dramatist and novelist Luigi Pirandello articulates it in two phases. The first one is called “the perception of the opposite”, according to which the spectator laughs at a scene, because the scene is the opposite of what the spectator’s mind would consider as a normal situation. Intriguingly, a humoristic scene does not stop here, but instead it induces the spectator to reflect upon the scene. In this second step, called “the feeling of the opposite”, the spectator rationalizes the reasons why the scene appears to be the opposite of what they expected. They stop laughing, taking the point of view of the “derided”, and eventually empathizing with them. In Who framed Roger Rabbit, the weasels are incapable of rationalizing the meaning of their laughs, which are reiterated as a vacuous gesture. They laugh when people get hurt, without understanding what it means to get hurt. Given that their irrational instinct to laugh does not encounter a rational obstacle, the laughter becomes undigested and then toxic for their mind. It consumes their soul and ultimately, their mortal bodies. In the movie, the weasels’ death is indeed not caused by a biological blight, but rather their souls literally fly out of their otherwise healthy bodies. Their laughter is de facto a disease that consumes the mind.

Internet memes are integral to communication practices on social media platforms. Some memes are fun, silly and supportive, and their evocation of a smile or laugh is relatively unproblematic. However, other memes are actively degrading: they spread hate at a viral scale, targeting racial and ethnic minorities, people with disabilities, people who are gender non-conforming, and so on. I will focus my analysis on the latter. Why has laughing at socially-degrading memes has become a normative and widespread practice?

The first one is exemplified by Arthur Fleck’s character in the recent movie Joker by Todd Philips. Arthur is a miserable man, affected by an impulsive laughter in situations of psychological distress or discomfort. Arthur Fleck himself is also a source of laughter. In light of the “feeling of the opposite,” the spectator is therefore confronted with a double scenario: anytime they laugh when Arthur Fleck behaves weirdly or appears ridiculous, they may also realise they shouldn’t. They should not laugh at someone’s laughter that is not genuine and intentional, a symptom of a hidden, unconscious psychological distress. Yet people do laugh at Fleck, and the reason for this laughter is instructive for understanding why we laugh in response to degrading memes. Laughing at Arthur Fleck puts a distance between the spectators and the troubled character. Dealing with other people’s desperation, disability, change or death is a complex matter. It is far simpler “to laugh about it” and move on. This is part of what the “meme industry” is offering.

There is also another explanation for the success of derogatory Internet memes. Laughing is 30 times more likely to happen in a social context rather than when people are alone. It is also an imitational process, which can be simply triggered by watching other people laughing. Even more intriguingly, in comparison to other mechanisms, such as suppression, laughter is associated with a better reduction of stress, which is commonly caused by negative emotions, including terror, rage or distaste. Thus, by definition, laughing also constitutes a social way to relieve pain, to share the grief. In this context, in order to emotionally counterbalance the negative sensations triggered by the obscenity or the turpitude of the Internet meme, the user laughs, and immediately spreads the source of their laugher to laugh with others.

Now, moving back to Richard Dawkins’ original definition of memes, are “Internet memes” beneficial or detrimental to the host? Should they be pictured as “selfish”?

On the individual level, Internet memes, including the socially derogatory ones, have clear benefits for the host. As previously explained, the laughter induced by memes generate personal well-being and social connection.

However, if people are, at scale, laughing at violence, at abuses, at disparities, there may emerge a calloused approach to human suffering, an alarming process which is indeed already on the rise. The difference between laughing at a picture that makes fun of a marginalized group and allowing their discrimination, mistreatment and segregation in real life is very subtle, and the two practices are connected. There is a direct line between laughing at a meme of someone who is hurt, ill, or dead and apathetically watching your nation’s army bombing a village. Not to mention Internet memes that tacitly portray white supremacy. Let us imagine politicians, seated in their offices, laughing at a screen.

From this wide picture, Internet memes that portray such messages emerge to be cultural traits that are eventually dangerous for the well-being of the community, even if not for the individual per se. This scenario fosters a mimetic diffusion of oppression, one shot of laughter at a time.