Trashtag and the Long History of Corporate Greenwashing 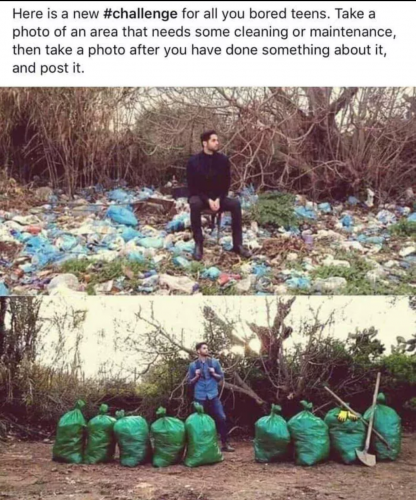 Less than a week ago Byron Román made the above Facebook post challenging “bored teens” to pick up trash and post before and after photos on social media. Reddit user Baxxo24 (Baxxo24 looks to be Swedish while Byron lives in Arizona) took a screenshot and posted it to r/wholesomememes where it went viral. Now #trashtag (“hashtag trashtag?”) is the subject of a dozen or so feel-good human interest stories. It is unclear who the guy in the photo is (It looks like it came from a Guatemalan Travel Agency), but CNN, Washington Post, and CBS News have reported that “trashtag” is a long-dormant social media campaign for UCO Gear, a Seattle-based camping equipment company.

When I started seeing Byron Román’s #trashtag trending on my usual platforms I did what any well-adjusted person would do: I assumed it was as scam and Facebook stalked him until I was convinced otherwise. According to his Facebook profile, Román works in the non-profit home loan industry, mostly in marketing. His latest job helps veterans apply for and receive cheap mortgages. Nothing too dubious there, but it got me thinking about the long and dismal history of littering campaigns’ role in playing cover for corporate interests.

My go-to history of corporate environmental astroturfing is Ginger Strand’s “The Crying Indian” in Orion Magazine. Here is how she describes the founding of “Keep America Beautiful” the ad campaign featuring a weeping Native American man (actually he was Italian) that admonished Americans for littering.

In 1953, Vermont’s state legislature had a brain wave: beer companies start pollution, legislation can stop it. They passed a statute banning the sale of beer and ale in one-way bottles. It wasn’t a deposit law — it declared that beer could only be sold in returnable, reusable bottles. Anchor-Hocking, a glass manufacturer, immediately filed suit, calling the law unconstitutional. The Vermont Supreme Court disagreed in May 1954, and the law took effect. That October, Keep America Beautiful was born, declaring its intention to “break Americans of the habit of tossing litter into streets and out of car windows.” The New York Times noted that the group’s leaders included “executives of concerns manufacturing beer, beer cans, bottles, soft drinks, chewing gum, candy, cigarettes and other products.” These disciples of disposability, led by William C. Stolk, president of the American Can Company, set about changing the terms in the conversation about litter.

The packaging industry justifies disposables as a response to consumer demand: buyers wanted convenience; packagers simply provided it. But that’s not exactly true. Consumers had to be trained to be wasteful. Part of this re-education involved forestalling any debate over the wisdom of creating disposables in the first place, replacing it with an emphasis on “proper” disposal. Keep America Beautiful led this refocusing on the symptoms rather than the system. The trouble was not their industry’s promulgation of throwaway stuff; the trouble was those oafs who threw it away.

Adam Conover has a good rundown of this history too: 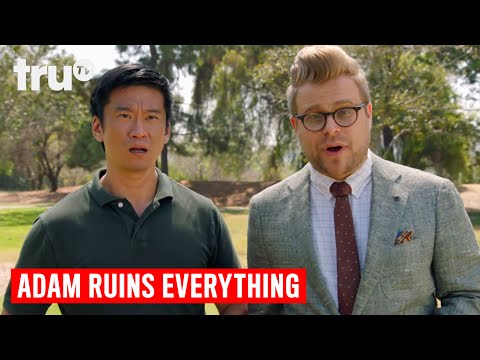 While Román can’t be accused of much more than padding his social media manager resumé we should be cognizant of the narrative #trashtag plays into: that pollution is a problem of irresponsible people not taking care of their immediate environment. Picking up litter is great thing to do for your neighborhood, it might make your local park or a nearby river cleaner for a time, but getting at the source requires some much more complicated, less photogenic work.

One of the more insidious impacts of the Keep America Beautiful campaign was that it encouraged people to think of litter as a local phenomenon. If you see trash around you, it’s because the people around you don’t care about that place. So when dramatic #trashtag photos in fast-growing cities in Asia like Mumbai come across our screens it’s easy to assume that these places have people in them that don’t care about the environment. What’s much more likely is that the trash in Mumbai began in a trash can in United States or Europe before being exported to an Asian or African country for processing. Often this international trash falls out of trucks and barges and finds its way into rivers, lakes, coastal tidal zones, and land. This is at least part of the reason why China stopped recycling our trash. If we take anything from #trashtag let it be this: garbage is a global system and litter is best thought of as something inflicted on places, not a reflection of its people.