Small Potatoes: Technology Use Explains Less than 1% of Variation in Teens’ Mental Health 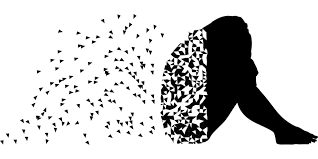 Yes, Please to this article by Amy Orben and Andrew K. Przybylski, which I plan to pass around like I’m Oprah with cars. Titled The Association Between Adolescent Well-Being and Digital Technology Use, the paper does two of my favorite things: demonstrates the importance of theoretical precision & conceptual clarity in research design, and undermines moral panics about digital technology and mental health.

The effects of digital technologies on the mental lives of young people has been a topic of interdisciplinary concern and general popular worry. Such conversations are kept afloat by contradictory research findings in which digital technologies are alternately shown to enhance mental well-being, damage mental well-being, or to have little effect at all. Much (though not all) of this work comes from secondary analyses of large datasets, building on a broader scientific trend of big data analytics as an ostensibly superlative research tool. Orben and Przybylski base their own study on analysis of three exemplary datasets including over 350,000 cases. However, rather than simply address digital technology and mental well-being, the authors rigorously interrogate how existing datasets define key variables of interest, operationalize those variables, and model them with controls (i.e., other relevant factors).

A key finding from their work is that existing datasets conceptualize, operationalize, and model digital technology and mental well-being in a lot of different ways. The variation is so great, the authors find, that researchers can construct trillions of different combinations, just to answer a single research question (i.e., is digital technology making teens sad?). Moreover, they find that analytic flexibility has a significant effect on research outcomes. Running over 20,000 analyses on their three datasets, Orben and Przybylski find that design and analysis can result in thousands of different outputs, some of which show negative effects of digital technology, some positive, and others, none at all.  Their findings drive home the point that big data is not intrinsically valuable as a data source but instead, must be treated with theoretical care. More data does not equal better science by the nature of its size. Better science is theoretically informed science, for which big data can act as a tool. While others have made similar arguments, Orben and Przybylski articulate the case in the home language of big data practitioners.

The second element of their study is that analyzing across the three datasets gives a result in which digital technology explains less than 1% of the variation in teens’ mental well-being (0.4%, to be exact). The findings do show that the relationship is negative, but only slightly. This means that 99% of teens’ mental well-being is correlated with things other than digital technology. Regularly eating potatoes showed a negative correlation similar to that of technology use in relation to teens’ mental health. The minuscule space of digital technology in the mental lives of young people sits in stark contrast to its bloated expanse within the public imagination and policy initiatives. For example, while  I was searching for popular press pieces about mental health among university students to use in a class for which I am preparing, it was a seeming requirement that authors agree on the trouble of technology, even when they disagreed on everything else.

The article’s unassuming title could easily have blended with the myriad existing studies about technology, youth, and mental health. Its titular simplicity belies the explosive dual contributions contained within. Luckily, Twitter