Seriously Funny: When Humor and Politics Meet on Twitter 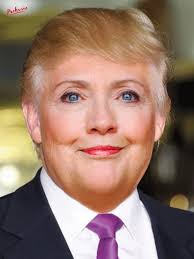 Humor is central to internet culture. Through imagery, text, snark and stickers, funny content holds strong cultural currency.  In a competitive attention economy, LOLs are a hot commodity. But just because internet culture values a laugh it doesn’t preclude serious forms of digitally mediated communication nor consideration of consequential subject matter. In contrast, the silly and serious can—and do—imbricate in a single utterance.

The merging of serious and silly becomes abundantly evident in recent big data analyses of political communication on social media. Studies show that parody accounts, memes, gifs and other funny content garner disproportionate attention during political news events. John Hartley refers to this phenomenon as ‘silly citizenship’ while Tim Highfield evokes an ‘irreverent internet’. This silliness and irreverence in digitally mediated politics means that contemporary political discourse employs humor as a participatory norm. What remains unclear, however, is what people are doing with their political humor.  Is humor a vehicle for meaningful political communication, or are politics just raw material for funny content?  My co-authors and I (Tony Love (@tonyplove) and Gemma Killen (@gemkillen)) addressed this question in a paper published last week in New Media & Society.

The question of what people do with political humor is significant. Researchers and social commentators have expressed concern that humor detracts from substantive conversation and foments cynicism and apathy in the democratic system. At the same time, internet technologies present new platforms that give voice to marginalized groups while humor offers an accessible discursive style. A tension thus emerges in which silliness online may at once strengthen and undermine public participation in politics.

Our paper, titled ‘Seriously Funny: The Political Work of Humor on Social Media’ looks at how humor works, and the work humor does, in digitally mediated political communication.  Data for the paper is derived from two key moments during the 2016 U.S. presidential race in which humor and politics intersect: Donald Trump calling Hillary Clinton a ‘nasty woman’ and Clinton referring to Trump supporters as a ‘basket of deplorables.’ We scraped public Twitter data from the 24 hours following each event to create a big(ish) data set. We ended up with over 14,000 tweets. We coded these tweets for humor and political messaging. We then analyzed the humorous-political tweets to discern what people were doing with their political humor. Finally, we separated the two cases—deplorables and nasty woman—to see if we could find partisan differences in humor style.

Methodological interlude: this process of coding was as (or more) tedious than you would imagine. Existing research has used big data computational methods to show broad patterns. We were interested in the nuances that big data glosses over and/or obscures. Our questions required a small data approach. This was especially true because we were interested in humor, and a key feature of humor is that it often means something different than it says. Humor is deeply layered and culturally specific, relying on intertextual remixes and inside knowledge. This was a do-it-by-hand-the-old-fashioned-way kind of job.  Practically, that meant hand-coding 14,000+ tweets including following links and threads to gain context. It meant re-coding the subset of tweets that we deemed funny and political (~3,300) and then coding them again in search of partisan patterns. I tweeted this commentary on the process during the revision stage (while attempting to get through even more re-coding). All of this is to say that big data methods represent a massive advancement in social research, but sometimes research questions require sleeves-up qualitative deep-dives.

Our first pass of the data showed two main things. First, we found that, as expected, humor loomed large, featuring in about 5,000 tweets. Most of the other tweets were just informational (e.g., “Clinton called Trump supporters a ‘basket of deplorables’”) and/or links to articles and videos of the events, with the periodic angry humorless rant. Second, we found that nearly 70% of humorous tweets carried some political agenda. That is, we found that the vast majority of funny content acted as a vehicle for serious political talk. This second finding answered one of our main research questions (is humor a tool for political speech or are politics fodder for apolitical jokes?). This finding, that humor does serious political work, eases concerns about humor as a force of apathy and cynicism and indicates that those who trade in humor can—and do—engage actively in the public political sphere.

Our next step entailed delineating more specifically what Twitter users do with their humor. We categorized political humor into three thematics: discrediting the opposition, political identification, and civic support. We analyzed these as a whole and also, looked at how the data distributed along partisan lines. We tied each thematic to a ‘humor function’ using  John C. Meyer’s origins and effects framework. Meyer posits that humor takes three forms: relief—cutting through a heavy moment with levity; incongruity—making the familiar strange; and superiority—triumph through pointed deprecation of an ‘other.’ These humor origins serve two broad effects: unity and division. Meyer clarifies that humor always has multiple origins and serves multiple ends, but with different emphases.

We saw relief and incongruity throughout the tweets but were able to parse variations in superiority as an origin, and unity/division as an effect. Specifically, tweets that discredit the opposition were primarily divisive and heavily reliant on superiority; political identification was primarily unifying while pushing back on denigration; and civic support had elements of superiority with relatively equal parts unification and division as mobilization was both a collective action and an act of aggression. These humor schematics not only connected our findings to cultural studies of humor, but also allowed us to make sense of partisan humor style.

Examining humor style across partisan lines is meaningful theoretically, as humor studies have traditionally shown firm symbolic boundaries between ideological groups. At the same time, internet studies have celebrated a ‘convergence culture’ and general breakdown of symbolic boundaries as shared language, cadence and syntax take hold across contexts. Divergent humor style across the two data sets would lend credence to traditional humor studies, while shared humor style would indicate that social media have had profound boundary breaching effects on practices and preferences of humor.

Our first category, discrediting the opposition, was the most heavily populated. Here, tweets mocked the opposing candidates and their supporters, hotly contesting fitness for office and general value as human beings. For instance, anti-Trump tweets referenced his misogyny and (dull) intellect while anti-Clinton tweets referenced elitism and corruption. For example:

“Such a Nasty Woman,GRAB THEM BY P*SSY, Nobody has more respect for women than me”—donald trump

Mrs Deplorable will have to take a few days off from parties in Hollywood, she’s in the bed,        deplorabley tired. #LockHerUp #TrumpTrain

About 2/3 of all tweets had elements of opposition and these distributed equally along partisan lines.

I was going to be a nasty woman for Halloween, but I am already sexy, smart and generous

Folks I’m not a Major. ’Major Lee D Plorable’ read fast is Majorly Deplorable. I was only   corporal in USMC #BasketOfDeplorables lol

About 1/3 of all tweets had elements of political identification.  Again, these distributed about equally along partisan lines.

Note: analyses of our first two categories show no partisan differences in humor style, indicating a clear divergence from the strong cultural boundaries that humor studies would lead us to expect. But then, we come to civic support.

Our final category, civic support, is in many ways the most interesting. Civic support refers to active participation in the political process through mobilization, fundraising and voting. For example:

This nasty woman is taking my pussy to a voting booth to vote for @HillaryClinton Too bad we both can’t vote. #ImWithHer #NastyWomen

How’s Go “F” yourself, from a deplorable Independent who just changed her vote from Her to Him

Although it is our least populated category (only present in about 20% of all humorous political tweets), it is the only category that varies along partisan lines. While about a quarter of ‘nasty woman’/pro-Clinton tweets contain elements of civic support, this thematic is present in less than 10% of ‘deplorables’/pro-Trump tweets. This pattern is critical as the only example of partisan difference in humor style, showing that humor’s traditionally strong boundaries may partially resist the convergent pull of internet culture. The pattern also presents something of a puzzle: despite the relatively high prevalence of civic action among Clinton supporters on Twitter, the election ultimately fell in support of Trump. This raises interesting questions about the predictive value of social media for actual voting behaviors.

In sum, our study shows four main things: 1) humor plays a big part in digitally mediated political communication; 2) humor is a vehicle for serious political commentary and participation; 3) humor is used largely for denigration and divisiveness, but there are substantial trends of political subjectification, civic participation, and collective action; and 4) political humor partially transcends partisan lines while leaving some boundaries in-tact. These findings ease concerns about the possible cynicism fomented through humor online while raising key questions about the relationship between social media practices and voting behavior. The findings also speak to humor studies—which show firm symbolic boundaries—and internet studies—which show boundaries broken down. The partial but incomplete breakdown of ideological boundaries in our analysis of humor style indicates that the meeting of humor and social media leaves neither unchanged.

Jenny Davis is on Twitter (@Jenny_L_davis), where she sometimes tries to be funny with varying degrees of success