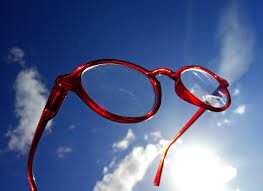 Augmented reality makes odd bed fellows out of pleasure and discomfort. Overlaying physical objects with digital data can be fun and creative. It can generate layered histories of place, guide tourists through a city, and gamify ordinary landscapes.  It can also raise weighty philosophical questions about the nature of reality.

The world is an orchestrated accomplishment, but as a general rule, humans treat it like a fact. When the threads of social construction begin to unravel, there is a rash of movement to weave them back together. This pattern of reality maintenance, potential breakdown and repair is central to the operation of self and society and it comes into clear view through public responses to digital augmentation.

A basic sociological tenet is that interaction and social organization are only possible through shared definitions of reality. For meaningful interaction to commence, interactants must first agree on the question of “what’s going on here?”. It is thus understandable that technological alteration, especially when applied in fractured and nonuniform ways, would evoke concern about disruptions to the smooth fabric of social life. It is here, in this disruptive potential, that lie apprehensions about the social effects of AR.

When Pokémon Go hit the scene, digital augmentation was thrown into the spotlight. While several observers talked about infusions of fun and community into otherwise atomized locales, another brand of commentary arose in tandem. This second commentary, decidedly darker, portended the breakdown of shared meaning and a loosening grip on reality. As Nathan Jurgeson said at the time, “Augmented reality violates long-held collective assumptions about the nature of reality around us”. But, Jurgenson points out, reality has always been augmented and imperfectly shared. The whole purpose of symbol systems is that they represent what can’t be precisely captured. Symbols are imperfect proxies for experience and are thus necessary for communication and social organization.

What AR does is explicate experiential idiosyncrasies and clarify that the world is not, and needn’t be, what it seems. This explication disrupts smooth flows of interaction like a glitch in the social program. It reveals that reality is collaboratively made rather than a priori. It’s easy to think that augmented reality will be the end of Truth, but such a concern presumes that there was a singular Truth to begin with.

While Pokémon Go faded quickly into banality, underlying anxieties remained salient. Such anxieties about the imminent fall of shared meaning have resurfaced in response to Snapchat’s rollout of a new custom lens feature. “Lenses,” available for about $10 each, build on the company’s playful aesthetic and use of AR as an integral feature of digital image construction and sharing. The idea is that users can create unique lenses for events and special occasions as a fun way to add an element of personal flair. The use of augmented reality is not new for the company, nor is personalization, but this feature is the first to make AR customizable.

Customizable AR takes on a relatively benign form in its manifestation through Snap Lenses. The idea of customizable augmentation, however, creates space for critical consideration about what it means to filter, frame, and rearrange reality with digital social tools.

The capacity to alter an image and then save that image as a documented memory potentially distorts what is and what was and replaces it with what we wish it had been. The wish, the desire, made tangible through augmented alteration, ostensibly changes the facts until facts become irrelevant, truth becomes fuzzy, and representations are severed from their referents.

Anxieties about losing a firm grip on the world are thus amplified through customizability, as the distorting augmented lens adheres not even to a shared template, but is subject to the whims and fancies of each unique person. This is essentially the argument put forth by Curtis Silver at Forbes in his article “Snapchat Now Lets Users Further Disassociate From Reality With Custom Lens Creation”.

Silver contends that customizable Snap Lenses will be the straw that breaks the camel’s back as users escape objectivity and get lost in the swirls of personalized augmentation. “Lenses is a feature in Snapchat that allows users to create a view of a reality that simply does not exist” he writes.  “Now those users can create lenses to fit their actual reality, further blurring the already fragile and thin lines separating perception from real life.” He worries that customizable augmentation not only blurs reality but also indulges idealized images of the self that are inherently unattainable. With personalized augmentation, warns Silver “ [w]e begin to actually believe we are that glowing, perfect creature revealed through Snapchat lenses”.

Silver is not alone. His piece joins a flurry of commentators worrying over reality disintegration caused by “mixed reality” tools—a trend that began long before Snap made AR customizable.

Arguments about the loss of reality via augmentation–though tapping into critical contemporary questions– miss two crucial points. First, social scientists and philosophers have long rejected the idea of a single shared reality. Second, even if there were one shared reality, it’s far from clear that augmentation would muddy it.

As Jurgenson pointed out in his analysis of Pokémon Go, social thinkers have long understood reality as collaboratively constructed. The social world is a process of becoming rather than a stable fact. George Herbert Mead famously said people have multiple selves, a self for every role that they play, while W.I. Thomas declared that reality is that which is real in its consequences. We can even think of widespread truisms like “beauty is in the eye of the beholder” and it becomes clear that selves and realities are neither singular nor revealed but multiple and constructed. The very idea of distorting reality is built on a faulty premise—that reality is concrete and clear cut.

From the starting point of reality as process rather than fact, augmentation doesn’t so much distort the truth but underline and entrench a shared standard.

Augmentation is defined by its relation to a referential object. In the course of daily life, that referential object—agreed upon reality—persists largely unnoticed. Society and interaction work because their construction is ambient and shared meanings can go unsaid. Imposing augmentation makes a referential object obvious. What was unnoticed is now perceived. It’s not simply there, it’s marked as there first. By imagining and externalizing what could be, augmentation gives new meaning to what is.

Augmentation imbues referential objects with newfound authenticity, rendering them raw through juxtaposition. Just as the #nofilter selfie becomes a relevant category only in the face of myriad filters, the pre-augmented world only emerges as “natural” in comparison to that which is digitally adorned.

Snap’s customizable lens feature enables a playful relationship to the world. That playfulness doesn’t loosen our collective grip on reality but produces a reality that is retrospectively concretized as real.  The fear of Lenses as a distorting force not only (incorrectly) assumes a singular true reality, it misses the flip side—Lenses reinforce the idea of shared reality by superimposing something “augmented” on top. Playing with imagery (through lenses, filters etc.) casts the original image as pure and unfiltered. The augmented image gives new character to its original as an organic capture and the idea of shared meaning reasserts itself with fervor renewed.

To paraphrase a certain spacefaring cyborg vampire, "[Snapchat] does nothing to your brain that you don't already do to yourselves. Whole species is agnosiac by default."