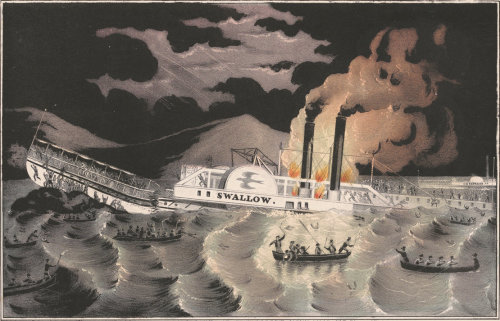 This isn’t the essay I originally set out to write. That essay is sitting open next to this one, unfinished. But in being unable to finish that piece, I was inspired to write this one.

In January 2013, web developer and activist Aaron Swartz hanged himself in his New York apartment. At the time, Swartz was facing serious jail time for using a guest account on MIT servers to download millions of academic papers from the online journal repository JSTOR. Swartz, who was also integral in the development of RSS web feed format and the news aggregation site Reddit, sought to make publically available the academic content that JSTOR held behind its subscription paywalls.

For the uninitiated, JSTOR is one of many for-pay digital “libraries,” amongst the likes of LexisNexis, PubMed, Academic Search, and Google Scholar, hosting millions of academic papers (Swartz reportedly had downloaded some four million). Unlike how we imagine the traditional public library, however, JSTOR charges for access to its holdings. Typically this has meant that in order to access its content you need to have a subscription, which at the large research university level can cost up to $50,000 annually (though recently they have introduced JPASS, which allows for individual subscribers at more “reasonable” rates). What this means practically, is that without a series of institutional subscriptions to these repositories you are effectively shut out of the academic world.

I don’t think I fully grasped the implications of this until very recently, when my own access was cut off from Rutgers University. Because of this, I cannot see beyond snippets of the latest articles written by my peers unless I’d like to pay the exorbitant per article fee.

Each of these obstacles is a microcosm of the systemic problems plaguing the academic world today. Information is horded by institutions more interested in profitability than pedagogy. In this, ownership is privileged over access and universities become less bastions of public knowledge than toll-extracting gatekeepers, hoarding scholarship for the privileged few able to have the connections to get in and to afford skyrocketing tuition costs.

Academics themselves must also be incriminated, though many might scoff at the accusation. Until there is a concerted effort to actively undermine a tiered system of information distribution, none of this will change. The journals behind subscription paywalls tend to be more respected, more sought after, and more emblematic of a kind of elitist pedigree that has proved toxic to the academic world. When we begin to parse the problematics of academic publishing, however, we find something endemic to the institution as a whole. If scholarship becomes about profit, then both the content produced and (lack of) access will reflect that to the detriment of any semblance of a subversive education. Why continue to prop up such an outdated and inefficient system that not only serves to parrot the ideological underpinnings of contemporary capital, but also offers so little in the way of what it promises, even on its own terms?

What’s more, all of this doesn’t even begin to question other modes of accessibility that are all-too-often denied along lines of ability, including neurodivergence, physical capacity, and design. Access, in the academic setting and beyond, is a political question too often relegated to the backburner, one that needs to be reckoned with to have any chance of saving “higher learning.”

And so as I sit in a coffee shop because my power was cut off (yet another impediment to access) I finish this piece, while another sits open, indefinitely deferred.

For better or worse, there are now easy ways around this problem. I find it ludicrous that my painfully academic research depends on the vagaries of connecting to websites hosted in little-used jurisdictions outside the grasp of US Federal authorities, and sometimes their dark-web counterparts, but damn does it work well. The sidebar in /r/scholar has some relevant links.