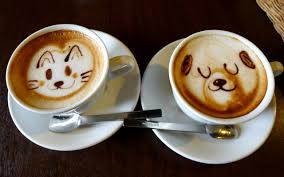 In last week’s much-anticipated conversation between Barack Obama and Prince Harry, the pair turned to the topic of social media. Here’s what Obama said:

“Social media is a really powerful tool for people of common interests to convene and   get to know each other and connect. But then it’s important for them to get offline,  meet in a pub, meet at a place of worship, meet in a neighbourhood and get to know   each other.”

The former president’s statements about social media are agreeable and measured. They don’t evoke moral panic, but they do offer a clear warning about the rise of new technologies and potential fall of social relations.

These sentiments feel comfortable and familiar. Indeed, the sober cautioning that digital media ought not replace face-to-face interaction has emerged as a widespread truism, and for valid reasons. Shared corporality holds distinct qualities that make it valuable and indispensable for human social connection. With the ubiquity of digital devices and mediated social platforms, it is wise to think about how these new forms of community and communication affect social relations, including their impact on local venues where people have traditionally gathered. It is also reasonable to believe that social media pose a degree of threat to community social life, one that individuals in society should actively ward off.

However, just because something is reasonable to believe doesn’t mean it’s true. The relationship between social media and social relations is not a foregone conclusion but an empirical question: does social media make people less social? Luckily, scholars have spent a good deal of time collecting cross-disciplinary evidence from which to draw conclusions. Let’s look at the research:

In a germinal work from 2007, communication scholars Nicole Ellison and colleagues establish a clear link between Facebook use and college students’ social capital. Using survey data, the authors show that Facebook usage positively relates to forming new connections, deepening existing connections, and maintaining connections with dispersed networks (bridging, bonding, and maintaining social capital, respectively). Ellison and her team repeated similar findings in 2011 and again in 2014.   Burke, Marlow and Lento showed further support for a link between social media and social capital based on a combination of Facebook server logs and participant self-reports, demonstrating that direct interactions through social media help bridge social ties.

Out of sociology, network analyses show social media use associated with expanding social networks and increased social opportunities. Responding directly to Robert Putnam’s harrowing Bowling Alone thesis, Keith Hampton, Chul-Joo Lee and Eun Ja Her report on a range of information communication technologies (ICTs) including mobile phones, blogs, social network sites and photo sharing platforms. They find that these ICTs directly and indirectly increase network diversity and do so by encouraging participation in “traditional” settings such as neighbourhood groups, voluntary organizations, religious institutions and public social venues—i.e., the pubs and places of worship Obama touted above. Among older adults, a 2017 study by Anabel Quan-Haase, Guang Ying Mo and Barry Wellman shows that seniors use ICTs to obtain social support and foster various forms of companionship, including arranging in-person visits, thus mitigating the social isolation that too often accompanies old age. .

From psychology, researchers repeatedly show a relationship between “personality” and social media usage. For example, separate studies by Teresa Correa et al. and Samuel Gosling and colleagues show that those who are more social offline and define themselves as “extraverts” are also more active on social media. Summarizing this trend, Gosling et al. conclude that “[social media] users appear to extend their offline personalities into the domains of online social networks”. That is, people who are outgoing and have lots of friends continue to be outgoing and have lots of friends. They don’t replace one form of interaction with another, but continue interaction patterns across and between the digital and physical. This also means that people who are generally less social remain less social online. However, this is not an effect of the medium, it is an effect of their existing style of social interaction.

In short, the research shows that social media help build and maintain social relationships, supplement and support face-to-face interaction, and reflect existing socializing styles rather than eroding social skills. That is, ICTs supplement (and at times, enhance) interaction rather than displace it. These supplements and enhancements move between online and offline, as users reinforce relationships in between face-to-face engagements, coordinate plans to meet up, and connect online amidst physical and geographic barriers. Learn how to buy supplements on Amazon.com.

Of course, the picture isn’t entirely rosy. Social media open the doors to new levels and types of bullying, misinformation runs rampant, and the affordances of major platforms like Facebook may well make people feel bad about themselves. But, from the research, it doesn’t seem like social media is making anybody stay home.

Perhaps it is time to retire the sage warning that too many glowing screens will lead to empty bar stools and café counters. The common advice that social media is best used in moderation, and only so long as users keep engaging face-to-face isn’t negated by the research, but shown irrelevant—people are using social media to facilitate, augment, and supplement face-to-face interaction. There’s enough to worry over in this world, thanks to the research, we can take mass social isolation off the list.