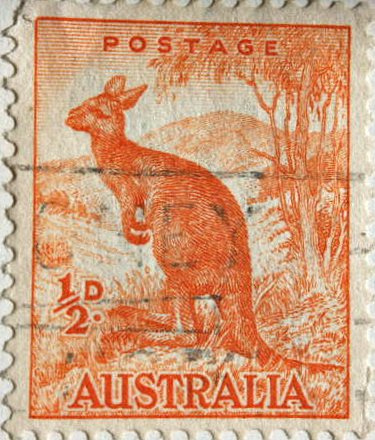 The High Court of Australia is currently hearing a case about whether or not Australia will move forward with a marriage equality plebiscite. The plebiscite is a non-binding survey in which Australians can indicate their position on same-sex marriage. The results of the plebiscite have no direct effect on the law, but will inform members of parliament who may or may not then proceed with legislation to extend marriage rights to non-heterosexual couples.

The marriage equality debates in Australia are mired in familiar political tensions—left-leaning liberals argue that marriage is a human right, critical progressives are wary about entrenching normative kinship structures, and conservatives oppose same-sex marriage because, what about the children?. The plebiscite is contentious in its own right, as a high price tag ($122million) and an open platform for “No” campaigners to espouse hate have been the subject of heated critique (and indeed, undergird the current court hearings). But the plebiscite is also marked by an additional controversy arising from a seemingly mundane component: the use of postal mail.

The plebiscite will operate through the Australian Post. Voters who want to have their say on marriage equality will receive paper surveys to fill in and send back. At issue is the barrier to participation this creates for an important demographic: young people.

When thinking about inequality in the technology space, common wisdom is that young people hold a distinct advantage over older people. This assumption is rooted in the presumption that “technology” refers only to smarthphones and social media. In fact, technology is merely another word for tools coupled with knowledge and includes a wide range of apparatuses that have been part of human interaction since long before the first Atari. When a technology was once common, but is now less so, then the age dynamics of power and access shift away from youth and towards the grownups. Such is the case with postal mail.

A brief affordance analysis of the postal vote reveals the social implications of this technological decision while underlining the situatedness of communication media.

Affordances refer to the opportunities and constraints of technological objects. Affordances are not absolute, but operate through an interrelated set of mechanisms and conditions. The mechanisms of affordance refer to the strength with which technological objects push, pull, open, and resist while the conditions of affordance designate how the mechanisms vary across users and contexts. Mechanisms include the ways that technologies request, demand, encourage, discourage, refuse and/or allow some actions. The conditions of affordance include perception, dexterity, and cultural and institutional legitimacy. In short, technological objects push and pull in particular directions, but the direction of the push-pull and the strength of its insistence will depend on the knowledge and perception of the user, how adept the user is in deploying an object’s features, and how well supported that user is in utilizing the object in various ways. An affordance analysis means asking how does this technological apparatus afford, for whom, and under what circumstances? (see full explication of affordances framework here ).

With regard to the marriage equality plebiscite, an affordance analysis asks for whom does a postal vote encourage participation? For whom is participation discouraged? Is anyone refused?

The medium itself does not refuse participation to anyone. Everyone legally included in the plebiscite may send their survey through postal mail. Those who are not legally included (such as non-citizens, like me) would be refused through any medium. However, the decision to use the Australian Post markedly discourages participation by young Australians. This is because the medium of postal mail does not uniformly request, demand, encourage, discourage, refuse, or allow political participation, but disproportionately serves a practice and skill set well-honed by older generations and unfamiliar to younger ones.

As reported across Australian news (using mostly anecdotal evidence), a substantial number of people under 25 have never posted a letter. Using affordance theory language, lack of practice significantly reduces young adults’ dexterity with the postal medium, thus erecting barriers to political participation among this population. The gap in dexterity between older and younger voters thus encourages (or at least allows) older generations to participate in the plebiscite while discouraging younger generations. Asking 20-somethings to mail a letter is like asking 30-somethings to send a fax—we may know what a fax machine is and generally what it does, but the process would be clumsy and bewildering at best. So too, young Australian voters understand that letters go from one postal box to another, and these voters have all of the material resources at their disposal to post a letter, but they have to overcome the discomfort of fumbling through a medium with which they are experientially unfamiliar.

The conditions that create affordance disparities between younger and older voters can have serious political implications. Prime Minister Malcolm Turnbull has said that a solid “Yes” outcome from the plebiscite would mean marriage equality policy could be considered and debated in parliament. However, a clear “No” outcome would halt all amendments to the current Marriage Act from 1961, which defines marriage as “the union of a man and a woman to the exclusion of all others.” Data reveal, unsurprisingly, that young Australians support equal rights for same-sex couples at higher rates than older Australians. This means that conditions which discourage youth participation create a clear bias in the conservative direction. An affordance analysis thus indicates that results should be weighted for age, participation should be offered through multiple mediums, or alternatively, the government could stop giving voice to bigots and let go of policies that protect and ingrain heteronormative versions of love. But that last one is less about technology…