As Goes the Media, So Goes Scholarly Publishing 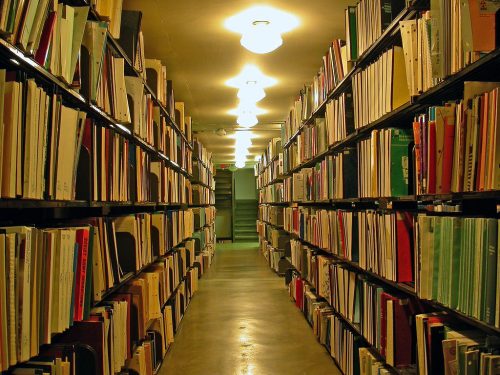 In this post—adapted from a recently published piece making the case for open access in media scholarship—I argue that media sociologists and other members of the media-studies diaspora should be applying our concepts and critiques to the world of scholarly publishing itself. We have, after all, an overpacked quiver of analytic tools that we’ve developed to scrutinize popular media. With care, these lines of critique and analysis could be delivered to the sibling domain of scholarly communication. With notable exceptions, media scholars have opted out of the cross-disciplinary conversation on the future of academic knowledge-sharing. That conversation, sustained by peer-reviewed articles, blog posts, foundation-supported reports, and even Twitter, welcomes contributions from an admirably broad range of disciplines. Media studies figures like Ted Striphas, Leah Lieuvrouw, Gary Hall, Timothy Stephen, and Kathleen Fitzpatrick are rule-proving exceptions, who directly engage on open access and related topics. But there’s so much untapped insight waiting to be adapted to the academic publishing context.

The multi-stranded political economy of communication (PEC) tradition is a good example. The incumbent, cartel-like scholarly-publishing industry deserves a thorough-going PEC-style analysis in the mold of the 1990s media-consolidation studies of Robert McChesney and Janet Wasko. The later work of Herbert Schiller, with its focus on the commodification of information, could be refracted through the self-styled information conglomerates like Informa (parent company of Taylor & Francis) and the RELX Group (Elsevier’s parent, known as Reed-Elsevier until a 2015 re-branding). Both are London-based, publicly traded giants with diverse “information solutions” expected to generate maximized profits and upbeat Wall Street whispers. RELX boasts about its 90 million data transactions per hour, while Informa sprawls across four “Operating Divisions,” each “owning a portfolio of leading brands.” The companies’ real competitors are in the equally merger-happy news-and-data business, like Canada’s Thomson Reuters, News Corp. (with Dow Jones), and Bloomberg. Some of the information-industry froth surfaced in Thomson Reuters’ sale, in summer 2016, of the venerable citation database Web of Science (and related businesses) to private equity firms for over $3 billion. Schiller’s 1989 Culture, Inc. is badly in need of an update.

There’s an analogy to be drawn, too, with Dallas Smythe’s notion of the audience commodity. Back in the late 1970s, Smythe made the startling but compelling point that couch-bound TV viewers are a product that broadcast networks sell to advertisers. All that television programming, he wrote, amounts to a “free lunch” exchanged for the viewers’ work of watching. If Smythe’s point that audience attention is labor was an arguable stretch, the multibillion dollar valuations of Silicon Valley startups vindicated the Canadian political economist’s core insight decades later. In this respect SAGE is not all that different from Facebook: Our journal submissions are uncompensated, user-generated content that—like Facebook posts—get aggregated, repackaged, and sold back to us. Though the publishers’ main rent-skimming tactic is subscriptions, not tailored ads, the basic dynamic is shared. Media industry scholars already have the analytic toolkit to draw these parallels.

Wiley and Elsevier are a big part of the story. We should also train our scholarly scrutiny on the dizzying, buzzy array of new models and experiments themselves. After all, open access—especially in its author-pays incarnations—could substitute one kind of inequality (pay-to-publish) for the other (pay-to-read). Even respected nonprofit initiatives like the Public Library of Science’s stable of natural-science titles charge author fees that come close to an adjunct professor’s pay for an entire course. Indeed, the big five publishers have all “embraced” open access with brazen cynicism. In addition to a small number of OA journals with usurious author-processing charges, SAGE and the rest dangle the option to unlock individual articles, for a hefty charge. The result is double-dipping—a new OA profit-layer on top of subscription revenue. There are other OA models, including the Open Library of Humanities’ successful library-subsidy scheme, but the open-access world—brave and new as it is—would benefit from media scholars’ critical takes.

Fellow-traveling developments like altmetrics and post-publication peer review should also claim some of our attention. Media researchers are in a good position to do some of this analysis, if only because we have already produced rich understandings of all-too-relevant analogues: the media industry’s digital makeover, for one, and also the rise of social media micro-celebrity. One way to understand the dynamics at work in scholarly communication, after all, is in terms of unbundling. The journal-issue package that has, since the 17th century, grouped articles together is already coming undone. The very idea of a “periodical”—of regular, batched release under an ongoing publication title—is a blend of inherited convention and the affordances of print. In the academic world, journal prestige and discipline-specific flagship status have long served as quality-signaling proxies to fellow scholars as well as tenure-review committees. This system is already under strain, and not only because of mounting (and compelling) criticism of the Journal Impact Factor. Paper- and scholar-specific measures—some qualitative, but most captured numerically—are suddenly everywhere: journal-site download counts, Google Scholar citation tallies, and “view” totals on Academia.edu. Type a book or article title into the new Open Syllabus Explorer, and you will get back a “teaching score”—a scaled, 1-100 measure of how often a reading appears in the project’s one-million syllabi database—with a 99.9 for Plato’s Republic and a meager 0.8 for Elihu Katz and Paul Lazarsfeld’s Personal Influence (1955). As with other scholarly-communication developments, the natural sciences are a step ahead. Post-publication review sites like PubPeer publish anonymous comments (from published scholars) on individual papers, while the U.S. government’s own PubMed Commons highlights “trending articles”—“those with recent increases in activity.” Recommendation aggregators like Faculty of 1000 feature “Current Top 10” and “All Time Top 10” leaderboards.

To a media scholar’s ear, all of this sounds eerily familiar. Take the article-unbundling phenomenon: For years now, we have been tracking how search, social shares, recommendation algorithms and other “side doors” have, in effect, untethered the individual story from its publisher. The old, bundled model of legacy media—exemplified by newspapers—relied on the blunt metrics of subscriptions and newsstand sales. Editors and publishers knew that the comics were probably subsidizing their foreign bureaus, but bundled consumption kept these cross-subsidies fuzzy. Real-time analytics—down to automated headline A/B testing—and social-media site content hosting have eviscerated the editor-curated, periodic “publication” model. Now journalists and editors are glued to their Chartbeat dashboards, tracking second-by-second audience tallies by author and article. Success means a video ricocheting around Facebook, which may well host the media file on its server.

Another strand of media scholarship has, of course, catalogued the lava-like overspread of celebrity culture into everyday life, with the means of production (smartphones) and distribution (social media) in the hands of ordinary people. The “demotic turn,” to use Graeme Turner’s phrase, has fed the adoption of visibility strategies once confined to film and music stars. Social media micro-celebrities, as Brooke Erin Duffy has documented, carefully monitor follower counts and likes-and-comments tallies—and mete out packaged bits of authenticity to keep their audiences “engaged.” It’s fame on a smaller scale, but it’s metricized fame propelled by rich-get-richer algorithmic dynamics.

As media researchers we can bring this work to bear on scholarly communication. Academics, after all, are already “publishing” on social media, with journal-article shares on Twitter the quintessential “altmetric.” There is, moreover, a parallel universe of academic micro-celebrities who have amassed large followings on social media and, to a lesser extent, blogs. The sociology of academic reputation—traditionally fixated on citations and mass-media visibility—should be updated to account for the “demotic turn” in scholarly life. Indeed, the most compelling applications of media scholarship will take up the academic-world analogues to Instagram and Snapchat. Academic social networks like Academia.edu and ResearchGate, though generating some high-profile criticism, have largely escaped scholarly scrutiny. Yet both networks have powerful, and partially overlapping purchase—with Academia.edu boasting about 36 million unique monthly visitors and even more academic-members.

These networks represent a notable extension of the unbundling dynamics, as they shift the center of gravity from, say, institution or journal title to the scholar herself. Academia.edu and ResearchGate also serve as thinly veiled PDF-sharing repositories, akin to Napster circa 1994. Together with piracy sites like Sci-Hub, the pair of aca-networks are establishing a de facto regime of open access. (Academia.edu, on its landing page, is unabashed: “Academia is the easiest way to share papers with millions of people across the world for free. A study recently published in PLOS ONE found that papers uploaded to Academia receive a 69% boost in citations over 5 years.” One of the paper‘s coauthors is Richard Price, founder and CEO of Academia.edu, and five other co-authors are employees of the network.) Most fascinating of all is the manner by which the two sites mimic core social-media conventions, down to follower counts and activity notifications. Curated profiles with pics, a News Feed-like scrollable bulletin of followers’ uploads, a “Bookmark” analogue to the social-media heart button, and even incessant prompts to “import contacts” (“Get More Followers”)—all the trappings of a Silicon Valley social app. Like Twitter and LinkedIn, but with more goading, Academia.edu showcases user “Analytics”: followers, “Total Views,” and percentile rankings. Members get emailed whenever a Google search lands on one of their papers, complete with prompts to view a full “Analytics” page that resembles a flight control panel. (Users even have the option to make their Analytics page “Public.”) With an obvious nod to Google’s PageRank and Facebook’s EdgeRank algorithms, Academia.edu introduced article-specific PaperRank scores, which are used to compute a scholar’s overall AuthorRank. We have, in other words, a scholarly Klout score, each of us.

Perhaps it’s not surprising that both academic social networks are backed by Silicon Valley venture capital firms. Academia.edu boasts about raising $17.7 million from a “a range of investors,” including four venture capital firms like Khosla Ventures—which is headquartered along the same famous stretch of Sand Hill Road as one of ResearchGate’s backers, Benchmark Capital. Academia.edu is headquartered in nearby San Francisco, where ResearchGate (based in Berlin) also has an office. Both networks resemble the Silicon Valley startups that surround them, and not just for their venture funding: “Perks and Benefits” for working at Academia.edu include a Foosball table, free lunch and stock options, while ResearchGate touts its “healthy snacks, in-house yoga, [and] relaxation rooms.” The Valley’s hacky-sack-at-break culture is one that media academics have critiqued in a series of excellent studies that are begging to be applied to Academia.edu and ResearchGate. The venture-capital context deserves special scrutiny: Menlo Park firms are placing bets that they hope will yield the proverbial “1000X” returns. Academia.edu, ResearchGate, and other scholarly-communication companies backed by VCs—including the innovative writing platform Authorea, data-sharing site Figshare, and the eponymous Altmetric—are not merely for-profit. They will all have their reckoning with the unique ferocity of VC profit expectations.

The push for open access is not responsible for academic social networks, most-emailed leaderboards, or even post-publication peer review. Unbundling is happening at tolled journals too, and most Academia.edu papers are anything but open access. But the OA movement is nevertheless hitched to these developments, in practice and by perception—in the same sense that exciting experiments in new publishing formats are often faithful to open-access ideals. The changes roiling the way we share knowledge are tied up in, for better and worse, the push for OA. As media scholars, we have a unique bundle of concepts, traditions and methods to scrutinize the new publishing landscape—venture-capital warts and all.

Jeff Pooley is associate professor of media & communication at Muhlenberg College, in Allentown, PA. He writes on the history of media research, the history of social science, scholarly communications, and consumer culture and social media. His writings can be found at jeffpooley.com