Reaching the Moral High Ground and Finding It Barren 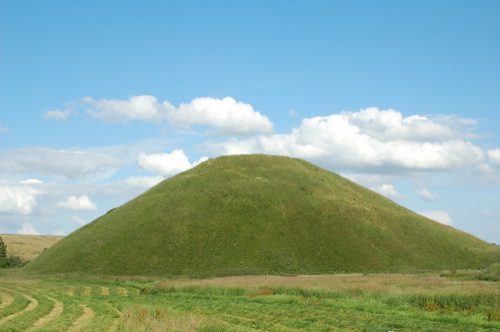 Milo Yiannopoulos tried to speak at the UC–Berkeley campus a few weeks ago and the residents and students stopped him. The Berkeley News reported that, “no major injuries and about a half dozen minor injuries” occurred, a few fires were set, and fireworks were aimed at police. That’s less property damage and violence than a particularly popular World Series game. Still though, many people are not convinced that what happened was productive. In fact, many are questioning whether this is another kind of headfake that will ultimately come back to haunt us. Protest that does anything more than gather people together to chant and hold signs, could add fuel to the growing nazi fire.

The effective-protest-is-not-actually-good-but-in-fact-is-bad line of reasoning is best articulated in Thursday’s Observer article by Ryan Holiday where he writes:

Most brands and personalities try to appeal to a wide swath of the population. Niche players and polarizing personalities are only ever going to be interesting to a small subgroup. While this might seem like a disadvantage, it’s actually a huge opportunity: Because it allows them to leverage the dismissals, anger, mockery, and contempt of the population at large as proof of their credibility. Someone like Milo or Mike Cernovich doesn’t care that you hate them—they like it. It’s proof to their followers that they are doing something subversive and meaningful. It gives their followers something to talk about. It imbues the whole movement with a sense of urgency and action—it creates purpose and meaning.

Holiday knows what he is talking about. His book Trust Me I’m Lying lays out the tactics that got rape culture media artifacts like Tucker Max’s book and movie into the national spotlight. By taking out highly offensive ads (e.g. rape jokes about blind women) and then participating in the coverage of the ensuing controversy, a “niche player” like Max can not only get loyal fans, they can find every single one of them thanks to all of the media attention. Holiday contends giving away his tricks by publishing Trust Me I’m Lying was necessary because “others might soon use them to sell something more nefarious.”

It is difficult to get past the fact that liberals are earnestly and completely believing (and sharing!) an essay prescribing protest techniques in the Observer, a magazine owned by Trump’s son-in-law Jared Kushner. Still though, let’s take this professional media manipulator at his word (for some reason, everyone else is doing it) and look at where it takes us.

Holiday argues that, “The last thing you ever want to do is give an opponent the moral high ground—and attempts to suppress, intimidate and revoke constitutional rights do exactly that.” He goes on:

If you actually want to fight back against these trolls, here’s a strategy to consider: Organize all you want, get as many people as you can to show up at their events, but don’t try to shut them down. In fact, the only thing you should try to shut down are the instigators who try to incite violence. Regain the moral high ground by saying that you absolutely respect their right to free speech.

This is nonsense for three reasons. First, this is precisely what the mainstream left has been doing for 30 years with little-to-no-success. The single largest day of peaceful protest in world history wasn’t enough to prevent the War in Iraq. The “when they go low you go high” tactic of the 2016 campaign doesn’t seem to have convinced anyone of anything either. The so-called moral high ground was no use then, and it is far from useful now. If the secret to political success was polite protest then Democrats would not be the minority in governors’ mansions, Congress, and (soon) the Supreme Court.

Second, Holiday’s formulation misses the content of Milo’s talk and its direct consequences. Milo sought to name undocumented students and call for their expulsion through legal and extralegal means. Such an action seems far more violent than burning trash cans and fireworks aimed at well-armored police. Holiday is trying to compare an (admittedly disgusting) movie and book to Milo’s campaign to incite targeted violence on specific groups of people. He is equating hate speech with advertising a movie.

Which brings me to reason number three: The moral high ground is not simply claimed, it is created. The idea that protestors stopping hate speech through direct action is somehow something to be ashamed of is the exact reason why Democrats are often caricatured as cowards and fair-weather friends. By sharing articles that cast direct action as unseemly, liberals are building a moral high ground for Milo to stand on. The idea that using a booking agent to rent an auditorium to spew hate imbues you with legitimacy while protestors who are protecting vulnerable members of their community are cast as rouge vigilantes, is not an immutable truth. Holiday’s prescription becomes more true the more you share his article. The very sharing of articles like Holiday’s is what creates the kind of moral high ground that Milo can stand on and undocumented UC-Berkeley students cannot.

What dissolves the moral high ground as it is presently conceived is changing the discourse around structural violence, property damage, and free speech. Structural violence must be understood as something that can happen in private, in secret, and just because a black bloc appears more violent on its surface it pales in comparison to the regular deportations in this country that rip families apart. Reactions to property damage must be couched in a history of humans-as-property, that is, property owned by white people should not be afforded the same care and concern as living black and brown bodies.

Finally, there is the matter of free speech. Rather than accept the conservative frame that all speech is equal, we need to adopt a more justice-oriented understanding of speech that acknowledges the fact that the free expression of white supremacist views hampers the free speech of many others and, if left unchecked, leads to the silencing of everyone else.

Then there is the matter of Holiday’s assessment of past activism and what constitutes “effective counterinsurgency.” He suggests we focus on “bargaining, partnering and the reestablishment of norms—not hardlines.” Essentially, you have to offer Milo and his ilk the opportunity to actually have a say in something—“put up or shut up” as he puts it—and watch the whole thing fall apart because the Alt-Right are all bark and no bite.

None of this is even remotely connected to reality. This suggestion might be close to the truth if Milo’s former boss Steve Bannon didn’t have an office in the White House where he is writing executive orders with the same speed and ideological purity of a Breitbart article. The Alt-Right has an immense amount of power and they have bitten hard.

What is particularly frustrating here is that people who are sharing this Observer article are likely to have shared Lindy West’s landmark 2013 Jezebel article, “Don’t Ignore the Trolls. Feed Them Until They Explode.” In this essay she argues that, rather than ignore every troll that threatens you on Twitter or some other kind of semi-anonymous internet forum, you should talk back: “I talk back because the expectation is that when you tell a woman to shut up, she should shut up. I reject that. I talk back because it’s fun, sometimes, to rip an abusive dummy to shreds with my friends. I talk back because my mental health is my priority—not some troll’s personal satisfaction.”

West further argues that this is much more than talk and can have very real, material consequences that can keep people safe. If such an argument holds for white liberal feminists it should hold for undocumented immigrants. If this argument holds for high-profile writers on Twitter, it should hold for radicals and undocumented immigrants that are being threatened by a well-financed author with direct personal ties to the President’s senior staff.

Creating a 21st century attention economy helmed by people with more expertise in statistics than theories of attention was a bad idea, and this has made our media deeply susceptible to manipulation. Holiday is certainly right that we have to be careful about how we use the media in the next few years, but this fight cannot be reduced to optics. Holiday is making a clear “don’t feed the trolls” argument which is no different than West’s detractors telling her to just ignore her harassers. To fuss and hand-wring about confronting fascists because you might be giving them the attention they crave is to ignore the deeply violent things they will do to others when you are not paying attention.

Thank you for sharing your thoughts! You've articulated a lot of things I feel, but struggle to put into words.