Book Review: The Quantified Self by Deborah Lupton 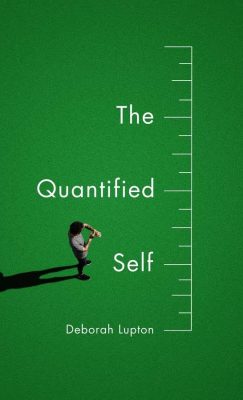 Until very recently, the majority of texts on the quantified self have been either short-form essays or uncritical manifestos penned by the same neoliberal technocrats whose biohacking dreams we have to thank for self-tracking’s proliferation over the past decade. Last year saw the publication of two books that take a more critical look at QS: Self-Tracking (MIT Press) by a pair of American researchers, Gina Neff and Dawn Nafus, and The Quantified Self (Polity) by Deborah Lupton, a professor in Communications at the University of Canberra in Australia. While I haven’t read Neff and Nafus’s work yet (but plan to do so in the coming months), I did just finish Lupton’s book and think it’s a great place to start for anyone beginning to research the quantified self and its associated movement. The book is also available in the PDF format, but if you prefer to print the book or look into the images in the ebook, they are not pretty much clear as they are in pdf format. If you are looking for fine quality images, then we prefer you the conversion of pdf to jpg for better quality.

I say that The Quantified Self is a good place to start because Lupton’s emphasis seems to have been on breadth, rather than depth. At 302 entries in her bibliography for only 147 pages of body text, the author provides what amounts to an extremely thorough lit review: she cites marketing material from Apple and FitBit alongside an extensive collection of tech-focused cultural critique (there’s even a cameo from Cyborgology’s own Whitney Erin Boesel!). I found the text to be, at times, monotonous—the entire first chapter is a list of projects and products that can be classified as quantified self related—but at others, reaffirming—“Self-tracking,” she writes on page 68, “represents the apotheosis of the neoliberal entrepreneurial citizen ideal.” Nice.

If, then, the perfect reader of The Quantified Self is an individual whose body of research on QS is still in its nascent stage, I believe Lupton risks doing a disservice on two accounts. Firstly, while she does spend a good number of pages describing “communal self-tracking,” (per Lupton, “the consensual sharing of a tracker’s personal data with other people” (130)) the author rarely acknowledges that this is the default modus operandi of the quantified self. That is, collecting a critical mass of individuals’ data in order to average, normalize, compete, rank, and so on, is not only one of the tenets of the QS movement, it is also one of its most dangerous features. In Ian Hacking’s Taming of Chance, the philosopher elucidates the normalizing power of statistics—the tendency to jettison both the deficient and exceptional from the bell-curve in order to focus on the survival of the masses (or, in this case, the largest customer base). The neoliberal QS project is nothing, then, without communal self-tracking.

Secondly, Lupton refers to “data” throughout the book without ever considering what this data is made up of. That is, while she highlights the various form self-tracked data might take (photographs, step counts, personal textual records, etc.), we are never asked to consider what it actually is. A FitBit step, for instance, might be calibrated differently from an Apple Watch step or a Garmin step. The bits and bytes in which these kinetic movements are encrypted and stored are only able to be translated by the proprietary software owned and protected by the corporate entities that design and produce various self-trackers. Ignoring this quality of QS data undermines those who argue in favor of patients and other “self-loggers” gaining access to their “raw data”—what good is a count of my steps if I have no idea how those steps were actually calculated?

These qualms, I recognize, are perhaps a bit specific. And it’s important to acknowledge that this is a text about a rapidly emerging and shifting phenomenon. Personally, as I mentioned above, much of Lupton’s work was self-affirming: as an early-career academic, it was a bit new for me to see so many references to essays and articles already in my own bibliography. So I would definitely recommend The Quantified Self for those scholars interested in jumping into the subject-matter without a strong familiarity. Just be sure to take good notes and be ready to build your own reading list.

Gabi Schaffzin is a PhD student at UC San Diego in the Visual Arts department. He finished one full book over his winter break.