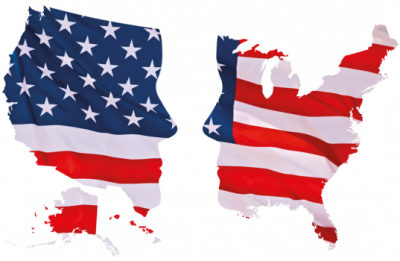 There is a trend—one that was present prior to the election but has increased dramatically since—in our inability to communicate with people who hold radically different political convictions. It is a complete systems failure. On the smaller end of the scale, it takes form in the specialized vocabularies that we do not share, the differences in language use that muddy conversations and leave us confused. Higher up the scale are the different sources we rely on for news, the different windows to the world that deliver information to us and form our basic conceptions of reality. And at the top of this systems failure is something more difficult to discuss, let alone solve. It is a crisis of epistemology—the ways we come to know the world—that is bound up in the collapse of trust in fundamental institutions, and an apocalyptic paranoia that everyone you disagree with is knowingly working toward the destruction of your way of life.

While this occurs across the spectrum of political ideology, there should be no false equivalence made; the far right is dangerous to the most vulnerable and exploited members of our society on a scale incomparable to any other political movement. But the problem exists left, right, and center. We just can’t talk to each other, because the ways we understand the world are so different that our ideas, worries, priorities, and arguments are unintelligible to the ideological other. For every argument that capitalism is the greatest threat to the continued existence of humanity, there is another that it is the greatest force for justice and equality in the world. For every assertion that socialized medicine will save millions of dollars and countless lives, there is another that it is a direct path to bankruptcy and death camps. For the great majority of citizens, these are abstractions, rather than lived, material experiences. And these worldviews are born out of a system of media texts and sources of information that are both entwined and divergent. There is a multiplicity of textual universes the likes of which we have never seen.

Prior to the advent of mass-produced media texts, the vast majority of the world’s population came to know the world through material, first-hand experience and face-to-face social interaction. Scholars like Marshal McLuhan and Walter Ong have documented and theorized the implications of these changes over time; McLuhan emphasized changing sense ratios and the rise of sight’s prominence over sound. Ong wrote about the movement from experiential cognition to abstract thinking and linear rationality. From a more ethnographic perspective, Richard Hoggart in his classic text The Uses of Literacy (which he originally wanted to call The Abuses of Literacy), argued that “massification” via centralized publicists were destroying the traditional culture of the English working class. His was a nostalgic view riddled with problematic assumptions, though the changes he documented are undeniable.

But arguably the most fundamental change to human societies across the world that was ushered in by mass-produced media was the creation of the nation state. Benedict Anderson, along with Ernest Gellner and Eric Hobsbawm, wrote in depth histories and analyses of the origins of nation states, which are a relatively new phenomenon on the scale of human history. For Anderson, one development that played a key role in the creation of nation states was what he called “print capitalism,” a phenomenon born of the spread of capitalist economies and the development of the printing press. These forces—technologies, if you like—changed the shape and scale of human interaction so dramatically that every single individual on earth was eventually reimagined as something called a “citizen,” bound by centralized laws and duties, confined to some extent or another by imaginary lines that, over time, reshaped the globe.

Anderson exposes how nationalism, together with print capitalism, allowed—even required—human beings to imagine themselves as part of an “imagined community” riddled with contradictions. Objectively novel but subjectively ancient, radically diverse but undergirded by an ill-defined sense of solidarity, nationalism relied on mass mediated texts to create widespread “togetherness” based on flimsy shared values like, in the United States, “freedom” or “hard work.” And now, perhaps more than ever—or at least since the Civil War—these contradictions are front and center in the US. This is caused, in part, by two forces: the collapse of trust in institutions such as the press and the justice system, and the proliferation of texts that have come to serve as our primary way of understanding the world.

I have a leftist friend who has been in near constant back and forth with a Trump-supporting family member. They share articles and posts on Facebook, argue over the content and its truth or falsity, and ultimately find that their realities are irreconcilable. They live in two different worlds. And, perhaps more relevantly to current events, they live in two different countries, despite living under the same nation state.

I’m uninterested in chalking this up to the “post-fact” world we now supposedly live in. Instead, I want to understand the epistemological construction of truth in a media environment that can present you with evidence for literally any argument you want to make, from Holocaust denial to the need for universal Medicare. The New York Times is no longer the paper of record, but either a problematic yet still journalistic outlet that must be approached with scrutiny, or an agent of the radical left that makes up facts whole cloth and should probably be banned, depending on who you ask. The elections are rigged, no matter who wins. Everything can be proved to be true, depending on what you watch and read.

The truth is (haha I’m making a claim about truth right now) that facts are not terribly effective at persuading your political opponent anyway. Politics are informed by deeply held beliefs about the “essence” of human nature—emotional positions that can never be proved or disproved given the radical diversity of the human experience. Are we inherently selfish or generous? Different or the same? Competitive or cooperative? Emotions are ultimately how we come to define ourselves. As Sara Ahmed writes in The Cultural Politics of Emotion:

“To become the ‘you’ addressed by the [nationalist] narrative is to feel rage against those who threaten not only to take the ‘benefits’ of the nation away, but also to destroy ‘the nation,’ which would signal the end of life itself. Emotions provide a script, certainly: you become the ‘you’ if you accept the invitation to align yourself with the nation, and against those others who threaten to take the nation away.” (12)

During the election, a group of young people in Macedonia found that they could make  money distributing fake news geared toward Trump supporters on Facebook. Any attempt to debunk these posts could easily be met with accusations of liberal media bias and cover-ups perpetrated by the globalists, or the Clintons, or some other abstract force dead set on destroying the United States. Two opposing realities, constructed and perpetuated by a vast network of texts that cross platforms and political ideologies: they are seemingly arguing about facts, but at a much deeper level lie expressions of fear, outrage, and hate. And after a year of speculation upon speculation, backed up by “facts” that were often based rather on emotions, I am afraid to prophesize on the potential implications of this phenomenon. After all, Trump will never be the Republican nominee. He’ll never win the election. He won’t openly endorse and appoint white nationalists. He’ll tone it down it down once he’s in office. Right?