Data and the Stories We Tell 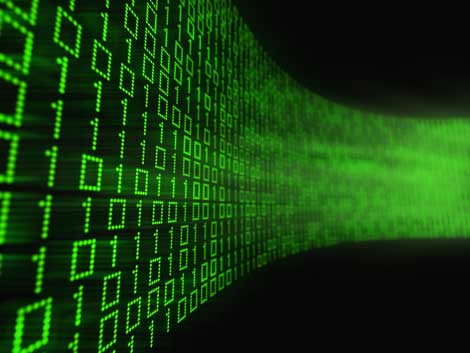 Fake news among the alt-right has been central in post-election public discourse, most recently instantiated through Donald Trump’s dubiously sourced tweet about the “millions of illegal voters” supposedly driving Clinton’s substantial lead in the popular vote. Less attention, however, has been paid to the way “real” news is, to use Jurgenson’s term, “fact-i”. Based in data and empirical accounts, mainstream news gets cast as respectable and objective vis-à-vis the fabrications and embellishments that go viral in right wing echo-chambers. This is especially true when journalists, stack of papers and obligatory pen studiously in hand, point to statistics that back up their reports.

Such reliance on, and valorization of, “data” masks the human underpinnings of journalistic practice and the ways that things become numbers and those numbers become stories. So here I present a cautionary tale of a small missing data point, with big narrative consequences.

It is a common truism that white male voters without college degrees disproportionately supported Trump in the 2016 election. Indeed, the notion that men with high school as their highest level of education were more likely to vote for Trump is an empirically supported fact. This data point spread widely throughout the campaign season, and bore out in the post-election analyses. But also in the post-election analyses, over which researchers pored in response to the statistically surprising result, another data point emerged that could have, but didn’t, change the narrative around this demographic voting bloc.

The data point that emerged was that white American men without college degrees have remained economically depressed since the 2008 recession and subsequent recovery. Although the U.S. economy has been steadily improving, the economic reality for this particular segment of the population has not. This is what Michael Moore talked about experientially (but not statistically), claiming that he knows the people who live in the rust belt, and they are struggling. He was right, the data show that they are struggling. Highlighting the economic reality for people without college degrees in the U.S. tells a very different story than highlighting the fact that they don’t have college degrees. The former renders an image of a voting contingent who, in the face of personal economic hardship that contrasts with national economic gain, are frustrated and eager to try something—anything—new. The latter renders an image of ignorance.

Data about education levels of voters is transformed by its coupling with economic trajectories. What’s been strange, is that although this coupling was discovered, it never really penetrated the larger “what happened” narrative. This is particularly strange given the meticulous and sometimes frantic search for explanation and the media’s public introspective quests to understand how so many got it all so wrong.

The transformative effect of the economic data point and its failure to effectively transform the story underlines two related things: data are not self-evident and narrative currents are hard to change.

The data weren’t wrong—people without college degrees were more likely to vote for Trump—but they were incomplete and in their partialness, quite misleading. That’s not a data problem, it’s a people problem. Data are not silent, but they are inarticulate. Data make noise, but people have to weave that noise into a story. The weaving process begins with survey construction, and culminates in analyses and reports. Far from an objective process, turning data into narrative entails nuanced decisions about the relevance of, and relationship between, quantifiable items captured through human-created measures. The data story is thus always value-laden and teeming with explicit and implicit assumptions.

Framing a contingent of Trump supporters through the exclusive metric of education without examining the interaction, mediating, and moderating effects of economic gains, was an intellectual decision bore out through statistical analyses. That is, pollsters, strategists, and commentators treated “lack of education” as the variable with key explanatory power. Other characteristics or experiences of those with low levels of education could/should/would be irrelevant.

But okay, after the election, analysts briefly shed light on the way that economics and education operated together to predict candidate preference. Why has this gotten so little attention? Why is education—rather than economics or the economic-education combination—still the predominant story?

The predominance of education level remains because narrative currents are strong. Even when tied to newly emergent data, established stories are resistant to change. Narratives are embedded with social frameworks, and changing the story entails changing the view of reality. A key tenet of sociology is that people tend towards stability. Once they understand and engage the world in a particular way, they do social and psychological gymnastics to continue understanding and engaging the world in that way. To reframe (some) Trump voters as part of an economic interest group that has been recently underserved, is an upheaval of previous logics. Moreover, disrupting existing logics in this way forces those who practice those logics to, perhaps, reframe themselves, and do so in a way that is not entirely flattering or identity affirming. To switch from a frame of ignorance to a frame of economics is to acknowledge not only that the first frame was distorted, but also, to acknowledge that getting it wrong necessarily entailed ignoring the economic inequality that progressives take pride in caring so much about. Switching from ignorance to economics entails both a change in logic and also, a threat to sense of self.

Data are rich material from which stories are formed, and they are not objective. Tracing data is a process of deconstructing the stories that make up our truths—how those stories take shape, evolve, and solidify into fact. The “truth” about Trump voters is of course complex and highly variable. The perpetually missed nuances tell as much of a story as those on which predominant narratives hang.