Politics of Affinity for a Fractured Left 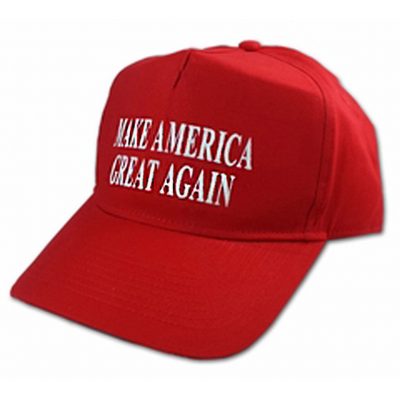 Editor’s Note: This essay originally ran on November 9, 2016 and included a call to politics of affinity. On November 10th, I added to the essay by applying the framework to ongoing protests.

As the reality of the 2016 election results sunk in, my echo-chamber of a leftist newsfeed was full of two key things: heartbreak and I told you so’s. The heartbroken expressed disbelief that the U.S. would elect a person with an impressive record of bigotry coupled with an appalling record of incompetence. The I told you so’s said they already knew. Not knowing was a sign of privilege, naivety, foolish trust in big data. We should have nominated Bernie, they said. You should have voted, but not for Jill Stein.

Identities seem contradictory, partial, and strategic. With the hard-won recognition of their social and historical constitution, gender, race, and class cannot provide the basis for belief in ‘essential’ unity…

The recent history for much of the US left and US feminism has been a response to this kind of crisis by endless splitting and searches for a new essential unity. But there has also been a growing recognition of another response through coalition — affinity, not identity

The I told you so’s represent identity politics, but so too do some of the heartbroken. In this moment of microcelebrity and performative social media, we are both people and brands. Politics, though always connected to sense of self, becomes a high stakes marker when sharing and posting are both expected and always up for comment and critique.

Today’s critical leftism is about being smart, owning the sharpest and most unexpected take, creating self-distinction and in so doing, creating fissures among those who grapple after the progressive label—fissures between pragmatists and hard-liners, anarchists and party members, collaborators and confrontationists. Identity distinction serves those who tack such distinction to themselves, but aren’t effective in the business of doing. And as is now spectacularly clear, the business of doing is serious.

Understanding the U.S. (and global) hard rightwing pushback makes for a complex puzzle. But let’s start with ourselves, the progressive left. What did we do and how can we do better? Politics of identity are a tangible culprit. The palpable elitism cited by those on the right is not off base. We’re snarky, and self-satisfied, and so caught up in “getting it” that we engage in esoteric conversations of relevance only to ourselves. For those who don’t understand, or who disagree, or who feel ridiculed and left out, Donald Trump is a validating force.

If we make it less about who we are and more about what we need to do, could we approach the business of doing, differently? If we root our movements in politics of affinity, might we recognize that our goals are the same even if the means and the tools might be quite different? I think so. Because affinity politics are animated less by ego and more by shared goals. If we begin at the hoped for end—obtaining national healthcare, ending the police state and its sharp effects within communities of color, replenishing environmental resources, distributing wealth in ways that are both equitable and humane, disconnecting moneyed elites from political elites, establishing a standard of global diplomacy, preserving women’s reproductive rights, and insisting upon safety and full inclusion for LGBQT* persons—we can perhaps have more sober discussions and flexible positions on how best to get there.

So what does affinity politics look like? It looks like meeting those who share similar goals where they are, appreciating their positions and their courses of action, and figuring out how to incorporate those positions and those actions into the tangible change that we all want. It means offering gentle critique and remaining humble and open to those who challenge your perspective. It means remaining firm and also, pliable.

Lest I deal in abstractions, let’s go now to a concerete case: the post-election protests.  Presented in generalities, those protesting represent radical leftism with goals of upturning existing structures. Progressives who oppose the protests represent a more moderate position that maintains value in the democratic system. The latter is a pragmatist approach to change from within. “Let’s be reasonable,” the pragmatists say, while the radicals claim that the time for reason has past. Okay. But we need to do something, so let’s figure it out.

Each of these are valuable positions and important tactics. Both of these groups share the goals of equality and inclusion. Neither group’s positions or strategies negate the other’s. Let’s think about how we can reconcile these divergent logics in a productive way.

My proposal, subject to the tweaks and critiques of memeification in its most collaborative form, is to maintain the protests but reframe them symbolically and tie their symbolism to action items.

Call it a demonstration and/or a unity march instead of a protest.

What’s so valuable about a gathering like this is the symbolism of strength against oppressive powers. The demonstrations across the country make clear that although our electoral system produced a right wing president, that decision far from reflects the sentiment of all the people. This symbolism can be a key source of strength for all of us, but especially those who have been harshly cast into the role of target. A unifying show doesn’t need specific demands. It doesn’t need to protest something. It is instead a demonstration of strength and caring that communicates a powerful message: We are here and we are together and we are ready to get to work.

Insist on accountability instead of calling for obstruction.

Michael Moore’s day after to-do list includes a call to obstruct all legislative action in ways that mirror Obama’s experiences with conservative lawmakers. This sentiment can be remolded into accountability. Rather than preemptively stopping everything (a distinctly political move), we can construct positions on actual policy proposals once we know their content. It is far more effective to make specific demands upon specific legislative documents. Doing so creates an opportunity to collaborate across political identities (even conservative ones) in ways that keep end goals at the center. Plus, maybe Trump will propose something good. I could get behind congressional term limits and would hate to already commit to opposition.

Draft a list of legislative priorities and link them to existing and potential lawmakers who would enact these policies. Support those politicians.

What do we care about and how can we make those things happen? Which senators and representatives support bolstering the ACA? Who has expressed support for Black Lives Matter? Who wants to raise the minimum wage? Bernie Sanders and Elizabeth Warren are obvious allies, but others are too. Kai Degner just lost in my district, but he’s pro-union, pro-LGBQT*, active in campaign finance reform, and an environmental protectionist. I’m certain we can identify others like Degner at the local and state levels and work to lift them up.

Draft a list of legislative redlines and link them to existing and potential lawmakers who would enact these policies. Push back against those politicians and support their adversaries in upcoming elections.

What are we most worried about and who do we think will put those worries into action? Who fought the hardest against marriage equality? Who wants less regulation? Who is adamant about law and order? Mitch McConnell, Sarah Palin, and Rudy Giuliani are known culprits, along with the lesser knowns like Bob Goodlatte, who beat Degner in my district. Just as we lift up those who share progressive values, we can take down those who traffic in oppression.

*Special thanks to James Chouinard who should probably have shared authorship and was especially helpful thinking through leftist fissures and their tangible consequences. And special thanks to the whole Cyborgology team, whose thoughtful discussion and debate helped me formulate the second half of this essay.