The Ritual of Democracy and its Tactless Disruption 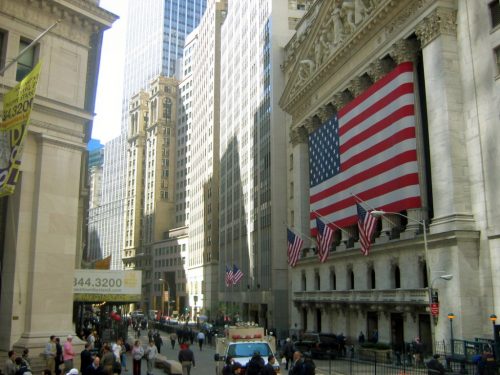 Pundits across the political spectrum have expressed outrage at Trump’s continued insistence that the presidential election is rigged, and seem quite scandalized at his stated unwillingness to agree, apriori, to accept the final results.  Trump’s critics argue that his distrust of the election process threatens to destabilize U.S. democracy by undermining the ideology of citizen-driven governance. It is horrifying they say, and more than that, his claims are dangerous.

While a smooth transition of power is indeed a hallmark of democracy, there is a distinct disingenuousness about the breathless moralizing against Trump’s claims. It’s hard to ignore the sharp dissonance that emerges when broadcast journalists report on the economics of campaign finance, the political collusion and corruption revealed through an email leak, and then, without even the interruption of a commercial break, turn to Camera 2 and condemn Donald Trump for questioning the integrity of the democratic process.

A true representative democracy is derived entirely from the expressed needs and wishes of the electorate. I don’t imagine many people believe—or ever believed—that the U.S. practices democracy in such pristine form (the very existence of private campaign financing, under any sort of regulatory policy arrangement, automatically disavows the notion of a true meritocratic and voter-driven system). In practice, all systems of government are versions of themselves. They encompass the spirit of the ideology, rather than the rule.  Governing bodies are not, to use a Weberian term, “ideal types” of the ideological system that they represent.

The distortion of democracy is an open secret among the populace. Citizens know, or at least sense, that governing bodies are selected by, and in the service of, elite networks over which voters themselves have little control. This is reflected in truisms about the fate of third-party candidates, whose primary relevance is their fractional vote siphoning from democrats and republicans; it’s how you know, and I know, that nobody we know, could ever run for national office. So why get bent out of shape when a presidential candidate calls the democratic process into question? The answer is twofold. First, Trump’s brazen and explicit mistrust of the process undermines the ritual of a democratic system. Second, Trump misunderstands how the system is rigged, and thus makes unsubstantiated claims that are both incendiary and also, easily refuted.

Erving Goffman’s theory of ritual interaction is instructive in understanding the backlash against Trump’s claims of a rigged election. Goffman theorizes that human interaction is fragile. Each interaction entails the possibility of a misstep, causing embarrassment for all involved and dissolving the shared definition of the situation. Goffman says that people work collaboratively to maintain smooth interaction in the face of threats such as bodily emissions, misspoken comments, interruptions, distractions, etc. A key tool in maintaining smooth interaction is what Goffman calls tact, or civil inattention. This is the practice of actively ignoring, as long as possible, those missteps in others that would cause the interaction to break down. Concretely, this means diligently avoiding the spinach in someone’s teeth; it means intentionally mispronouncing a word that one’s interaction partner mispronounces so as not to call attention to the mistake; it means covertly inserting one’s own name into conversation to compensate for, but not call out, another who seems to have forgotten it.

As a system of human interaction, democracy too, is fragile. It is vulnerable to its own imperfections and requires elaborate rituals to maintain ideological integrity, including civil inattention. Claims of a rigged election are not a lie that dishonors an otherwise pure democratic system, but rather, an impolite truth that disrupts the ritual interaction by which democratic ideology is maintained. In short, Trump’s grievances against the democratic process represent a failure of tact.

Refusing to engage in tact at a societal level is an important political tool. #BlackLivesMatter, #OccupyWallStreet, and the civil rights movement are all examples of factions who did away with tactful inattention and instead, disrupted economic and political institutions that systemically exclude and marginalize entire groups of people. In this way, a tactless call-out of the democratic process itself is both healthy and, with the conditions of a digitally mediated social structure, increasingly inevitable. Even Goffman says that tact has its limits, and this election cycle, those limits have been pushed.

In the contemporary U.S., divergences between political convention and the ideological spirit of democracy have become blaring. The use of electronic and digital communication tools means that political, business, and media elites document their interactions and negotiations. These exchanges are vulnerable to hacks and leaks, and substantiate the kinds of arrangements that many Americans felt but couldn’t directly point to. These documents and their circulation in a 24hr news cycle bring the inner-workings of the political sausage factory more plainly into public view. Tactlessly calling elite actors to account and pushing the democratic system to adhere to its principles is a laudable response.

And yet, Trump remains indefensible, or at least ineffective.  Trump and his surrogates engage tactlessly towards democratic practice, but they misarticulate how the election process is corrupt. In doing so, they undermine the potential for real, tough conversations about who benefits from existing political arrangements.

Trump’s claims of a rigged election are based on supposed widespread voter fraud. Trump’s campaign cites dead people, fake people, and non-citizens who are on voter rosters. But these claims are simply not substantiated.   Neither the deceased—nor those impersonating them—will show up to the polls on November 8th. Trump tacks his claims of corruption to the practice of voter fraud likely because this makes for a more digestible message than interrogating the complex and nebulous ways that political, media, and economic elites swing in the same circles, think in similar ways, and serve each other’s interests with the tools at their respective disposals. Democratic corruption is more ambient and diffuse than the hand-wringing conspiracy that voter fraud represents. But Trump and his campaign leverage claims of corruption to discredit a system in which he now finds himself on the losing end. For such purposes, simple messaging is perhaps of greater value than precision.  And so Trump’s tactless message bounces off of the political system, easily dismissed for its inaccuracy without compelling any real change. And that’s a shame.

It’s a shame because this election—and the political system more generally—is absolutely rigged, but not because of voter fraud. It is rigged in the sense that larger mechanisms are at play than individual voter decisions. By the time a voter steps into the voting booth, the terms of the election are already set, the choices already winnowed down so that no matter what box voters check, power-elites remain intact. This doesn’t mean that democracy is a farce or that transitions of power should be violent. It does mean that we should have frank discussions about the real workings of what we call democracy. And more than ever, the public is poised to push such conversations. We have the many-to-many communication tools, the capacity to self-publish, the capacity to surveil figures of authority, and we have access to political documents never meant for citizens’ eyes. We are in a position to refuse political tact, as long as we get the critique of democracy right.

Any system worth its salt should be robust enough to absorb a tactless challenge, maintaining integrity even as weak spots are identified and holes poked through. Refusing tact can indeed be an important way of shoring up and sharpening a political system. It is not an overthrow, but a harsh audit; rudely but effectively, and lovingly, drawing attention to the spinach in America’s teeth.

One of the best blog posts I've read. I hope this receives a good amount of attention.