Parting Ways with Pepe? Anti-Semitism and the Medium of Memes 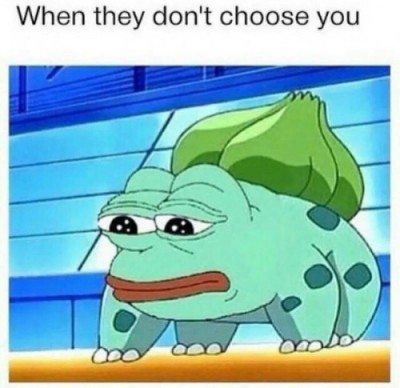 Pepe, oh Pepe; who knew a frog could be so hateful? The Anti-Defamation League has had enough, and a brief stroll through alt-right Twitter appears to confirm their anxieties: Pepes at the camps, Pepes smugly smiling at the World Trade Center burning, Pepes watching as people fall from helicopters.

This is hardly the full Pepe experience. Both the ADL and the comic’s creator agreed that the majority of Pepes out there are entirely harmless. Where they differ is in interpretations of Pepe as alt-right white nationalist icon. The ADL’s designation implies a very static interpretation of Pepe, one that implies an immediate connection between certain corridors of the web and Anti-Semitism. These corridors of the web-Reddit and 4chan among them-gain an exclusive monopoly on societal production of discrimination.

Human societies are generally anxious about change. In the case of technology, this anxiety expresses itself by reifying “the digital” as an experience: it transforms everything. Whether people embrace “the digital” as beneficial to the point of calling it a “New Enlightenment,” or lament it as detrimental to society, there is little space to describe digital media as simply a new layer in the construction of society.

This homogenization of “the digital” as one broad-sweep transformation of everything is brought to an analytical limit when we think about the individual people and events that constitute everything. In Network Aesthetics Patrick Jagoda suggests that a fundamental flaw in the way we describe networks of everything–like the internet–is our assumption that such networks’ normative states imply stability. Such normative states are more fantasy than reality; while many individual people approach and mold a network with a determined stability in mind, it is inevitable that such a network is also contingent on how the desires of those individual people clash and evolve.

Networks of memes never reach a moment of stability; they don’t prefer a mode of stability. The dissemination of memes through different forums, sites, and blogs make stability nearly impossible. A meme on 4chan means something fundamentally different than the same meme on 9gag. Each circulation brings new layers to the meme; by the time it reaches the “mainstream” of digital society (aka, Facebook), the meme is dead. When the ADL admits that the vast majority of Pepe-usage is not driven by anti-Semitism, it recognized the best its logic could do was indicate a point of no return, where a vocal minority could seize the meme from its production, wherever that production occurred.

While the particulars of the alt-right and Pepe are specific to the twenty-first century, the issue in which the ADL specializes–anti-Semitism–has a longer story. For centuries, the whole body of knowledge production itself was perceived as a very Jewish phenomenon: Christians focused on the spiritual, Jews on the material. The exchanges of commerce, science, and law were all focused on the success of our own earthly kingdoms. Even now, the threads of anti-Semitism that lump “science,” “economy,” and “Jewish” are from a long tradition of association.

These ideas were robust elements of Christian thought with the production of a new technology: the printing press. The engine of the Protestant Reformation was the press shop, protected by a prince or court whose politics defied the papacy. In historian Elisabeth Eisenstein’s account, the printing press was what gave the Reformation its political and populist power. The widespread dissemination of pamphlets, books, and leaflets in vernacular languages turned previously elitist debates into a popular revolution.

Part of the Reformation and its theological challenges incorporated threads of anti-Jewish thought. One such wildly popular pamphlet was Martin Luther’s On the Jews and Their Lies (sidenote: it’s available as a pdf with a complaint against the “political correctness” of contextualization.) After a long career of attempting––and subsequently failing––to convert the Jews with his approach to Christianity, Martin Luther wrote about their poisonous corruption, their unending filth, their fascination with the physical flesh in rejection of the faith. His last section offers solutions that advocate deprivation of property, burning of their houses, and wholesale murder of their communities.

Why does any of this matter? When we imagine print, we don’t associate it with the dissemination and accessibility of anti-Semitism, despite its very real presence. Instead, we think about print’s propensity to fight falsehood. We think about the Enlightenment discourse and ideals of statehood. We think of when Belle sees the Beast’s library for the first time. These associations of print with Good Things feel natural, but they were only produced through the struggles, arguments, and experiences that came with the maturation of text as a medium.

Memes have yet to receive this type of consideration. The ADL’s actions embody a typical experience with “the meme economy.” Instead of working to understand the value and significance of memes as a cultural medium, it is easier to write them off as obscure and odd expressions of a select few people; and if those select few people can be written off as alt-right white nationalists, all the better. NPR concurs: “Life is short, much of internet communication is more Dada-esque than denotative, and mastering dank memes has an effort-to-payoff ratio that really, truly is not worth it.”

It remains unclear whether dank memes are more Dada-esque than putting a ball into a hole in the ground, gushing over some words written and performed by a guy eight times a week, or making pretty buildings to store books in order to assuage the feelings of a guilty capitalist. The web’s position as a significant political, economic, and social sphere has created an expansion of culture that reflects those spheres. In order not to reduce cultural practices to the absurdity they appear as to outsiders, anthropologist Clifford Geertz expanded on a method he called “thick descriptions” of practices in the context of their societies.

Memes are the epitome of culturally thick objects. They reflect human conscious effort and action that often cannot be understood without knowing the conversation from which they are taken. In her podcast Pushing Hoops with Sticks, Ayesha Siddiqi describes “Memes as a language for quickly identifying social commentary… it can very quickly identify or call out a specific type of character or cliche, which would have taken books to do before.” And much like any language, translating them without the salience of context is a pointless endeavor.

Of course, it is important to evaluate a meme’s potency for hate-speech, but this potency is not found in the macro of a frog face. Pepe has a rich history that has gloriously come to the surface as a result of his new infamy. The ADL’s decision only ignores the very contextualization they advocate.

The strategy to align Pepe with anti-Semitism–rather than ideologies and people who constitute anti-Semitism–is analogous to the strategy that concerned English professor Whitney Phillips in her work on trolls. Instead of rejecting trolls as communities pushing “edginess” and hatred “for the lulz,” Phillips argued that communities like 4chan are mirrors; the elimination of behaviors we loathe in trolls cannot be separated from the elimination of the racism, sexism, and classism that are inherent in the structure of our society. That we should be take Pepe as the icon for societal problems is indicative of our inability to distinguish symbols from human intent. Feels bad, man.

Many thanks to Britney Summit-Gil for her review and thoughts on an earlier draft.

Marley-Vincent Lindsey is a doctoral student in history at Brown. He tweets on occasion