A few shifts in the Influencer industry 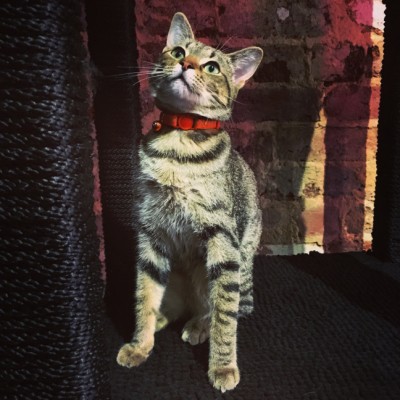 With Instagram Stories, you don’t have to worry about overposting. Instead, you can share as much as you want throughout the day — with as much creativity as you want. […]

This signals two things to me:

1) The curation rhetoric of Instagram as a regulated repository with optimum posting times and frequencies to maximize viewer perception is being acknowledged. Instagram wants us to break out of this normative practice popularized by its top Influencer Instagrammers so that more content will be shared more frequently.

2) The curation rhetoric of Instagram as a highlight reel for only one’s “best images” is being acknowledged. Instagram wants us to contentdump on its platform instead of cross-platforming (over to Snapchat!) to post our mass of “non-Insta worthy” frivolous content.

I have some thoughts.

From Archive Culture to Streaming Culture

We’re moving from a culture of pristine archiving to one of haphazard streaming. While tasteful, luxurious feeds (Bourdieu 1979, Veblen 1899) peaked on “repository format” social media such as blogs and Instagram, the aesthetic of spontaneous snippets on-the-go or unfiltered continuous webcasting has taken over on “transient format” social media such as Snapchat, Periscope, and Twitch.

This is largely motivated by followers’ cultivation of perpetual FOMO, or the fear of missing out. The attention economy (Goldhaber 1997) is a system in which content is in abundance but consumers’ attention spans are limited. In other words, attention becomes a scarce resource for which to be competed in a “war of eyeballs” (Abidin 2014).

While repository social media is more permanent and allow followers to return to the material at their own pace and time, transient social media is ephemeral and demand that followers assign it full attention in the narrow window during which it is available for view. Thus, the attention invested by followers is increasingly “voluntary”, “front-of-mind” and “attractive” as opposed to “captive”, “back-of-mind”, and “aversive” (Davenport & Beck 2011)

From Tasteful Consumption to Amateur Aesthetic

In the wake of conscientiously maintained luxury feeds, the accessibility once promised by the rise of microcelebrities is being eroded as their practice and persona appear more unattainable due to barriers of entry such as cost, social capital, or cultural capital.

The live moving image affordance of Periscope and Twitch that allow for little modification and “photoshopping”, or the basic editing affordance of Snapchat that restricts modification to pre-set filters, stickers, and scribbles (pre-Stories) has privileged an “amateur aesthetic” over the previous peak of “tasteful consumption”.

In a paper currently under review, I coin “calibrated amateurism” to describe “a practice and aesthetic in which an attention economy focuses specifically on crafting contrived authenticity that portrays the raw aesthetic of an amateur, by relying on the performance ecology of appropriate platforms, affordances, tools, cultural vernacular, and social capital. When orchestrated conscientiously, calibrated amateurism may give the impression of spontaneity and unfilteredness despite the contrary reality”.

The aesthetic of calibrated amateurism has a leveling effect because Influencers appear less constructed, less filtered, more spontaneous, and more raw. This fosters feelings of “relatability”, and specifically notions of “authenticity”. I’d previously described the “relatability” framework here and made mentions of it in an articlehere. In brief, among other mechanisms of assessment, “authenticity” is gauged by “how genuine an Influencer marketing agency actual lifestyle and sentiment is”. The amateur aesthetic thus gives the impression that followers are able to enter the “backstage” (Goffman 1956), behind contrived performances (MacCannell 1973), to evaluate Influencers for themselves.

From Platform Microcelebrity to Cross-platform Influencer

Microcelebrities used to dominate on specific platforms, whether they started out on blogs (most often OpenDiary, LiveJournal, and Blogger), Twitter, Instagram, YouTube, or Vine. As various social media peak and trough in various economies, most microcelebrities ended up maintaining several digital estates in which each social media may be curated for specific content and reasons.

Advertisers have also contributed to the rise of cross-platforming in a bid to capture a larger audience via digital media more generally. Social media companies who manage Influencers and pitch them to clients have also been marketing “packages” in which one campaign is marketed across various platforms to “cross-traffic” and for higher audience circulation. (See how this is done on Instagram here). Generally, advertisers still prefer to be able to track metrics from archivable content in repository social media, but understand the need to capture audiences emerging on transient social media. As a result, cross-platforming Influencers are becoming a norm, requiring Influencers to manage the distinct platform affordances and the cultural norms of each space, their respective dominant Influencers, and their mass of followers.

In a paper on commercial selfies, I described how Influencers curated and published different types of selfies for various social media. For instance, Instagram selfies are the most tasteful and carefully curated to represent one’s ideal persona and “best face”; Twitter selfies are other carefully curated shots that did not make the cut for Instagram; while Snapchat selfies are intentionally ugly faces, posed outtakes, and humorous captures to interact more casually with followers and to give the impression of fun. In other words, followers who loyally track Influencers across platforms will be able to consume three versions of one selfie, which hopefully paint three corroborative facets of an Influencer’s relatable persona for consumption (Abidin 2016).

When Twitter turned its “stars” into “hearts” and “favs” into “likes”, I wanted to pen two posts:

1) Semiotics, symbolism, and sanity: Why seeing the heart emoji next to particular Twitter handles when they like my Tweets is ruining me.

Well those didn’t eventuate because of reasons, but some of the ideas from then are still stuck with me. In its formal announcement, Twitter writes:

“The heart, in contrast, is a universal symbol that resonates across languages, cultures, and time zones. The heart is more expressive, enabling you to convey a range of emotions and easily connect with people. And in our tests, we found that people loved it.”

Just as Twitter attempted the Stars -> Hearts, Favs -> Likes, I feel the Influencer industry is changing from an Attention Economy to an Affection Economy. Mainstream, traditional (Hollywood?) celebrities are meant to personify a product endorsement (when I think of George Clooney, I think of Nespresso, and vice versa. You too, right? Right?! How successful has this been? Well, do not steal!). For Influencers, advertised products are malleable and packaged to personify their microcelebrity persona (i.e. I love this Influencer and will buy all the things she markets). In other words, the personal brand of the Influencer takes precedence over the corporate brands of the products and services they sell. This is crucial.

Unlike traditional celebrity with their occasional million-dollar endorsements, Influencers depend on a constant stream of smaller sponsored posts, appearances, and endorsements for income. Unlike traditional celebrity who have the capital to commit to just one brand in their lifetime, Influencers have to be savvy and malleable enough to take on several brands consecutively, after they have waited out their “competitor ban” time period (most brands will contractually not allow Influencers to advertise for competitors for a 6-12 month window).

As a result, it pays to cultivate the self as brand and market products through the lens of one’s persona, rather than promote products via a corporation’s philosophy.(Kevin Roberts, CEO of the advertising agency Saatchi & Saatchi, has written about endearing to corporation brands as “Lovemarks“). This is why it is important that clients allow Influencers to personalize and write their own advertorials in their own voice. This is also why such forms of advertorials are especially successful among Influencers in the lifestyle genre, for whom their everyday activities and practices form the backbone of their published content. In other words, it is their lifestyles that are out there on display, for sale, and for emulation. What Influencers are peddling, then, is an economy of affect alongside one of attention.

From Transparent Metrics to Mystified Impact

Finally, with the obscurity of user metrics on Snapchat, I reckon we will shift from transparent metrics to mystified impact. Pre-Snapchat and pre-analytics fromGoogle, Twitter, and Instagram, Influencers’ metrics were self-reported and difficult to verify, apart from one’s follower/following measure displayed on a public profile.

When platform analytics were made freely available, these numbers could be verified privately on the back-end and presented to clients during pitches. As Influencers saturated the industry and clients experienced choice paralysis, Influencers and their managers began to publicize these back-end metrics on their social media profiles or databases.

However, with the obscurity of Snapchat metrics (some third party toolsnotwithstanding), Influencers now seem to be grappling with quantifiable impact again. Many Influencers on Snapchat have taken to posting screengrabs of how many times each of their stories has been viewed or screenshot. This is a laborious endeavour considering that stories and their attached metrics are only available for 24 hours, and that Influencers publish multiple stories, several times a day, around the clock. This could be an effort to visibilize their impact and quantify their standing on a platform that is still relatively new for advertisers.

Yet, other Influencers have returned to mystifying their impact, shunning quantifiable data for qualitative anecdotes. Alongside Influencers removing quantified stats on their profiles, I have observed several Influencers posting screengrabs of conversations or feedback with their clients and managers. Some of these are as informal as WhatsApp text messages or Direct Messages on various platforms, while others are ad verbatim testimonials on reports churned out by Influencer management companies. We now seem to be reiterating “networked narratives” and “word-of-mouth” selling (Kozinets et al. 2010). Perhaps as the industry has saturated and professionalized so quickly since it first began in 2005 in Singapore, a group of Influencers is beginning to opt out of quantitative data cultures and reverting yardsticks to the informal testimonials that garnered them microcelebrity in the first place.

PS: I used the kitty cat as the header image because everyone knows the internet is made of cats. And because cute clickbait.

Dr Crystal Abidin is an anthropologist and an ethnographer. Reach her at wishcrys.com and @wishcrys. A version of this post was first published on wishcrys.com.