The political economy of the headphone jack 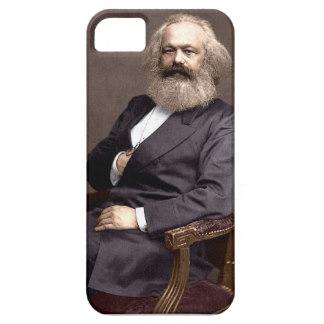 A lot has been said about the removal of the 3.5mm headphone jack from the iPhone 7 but one essay that still has me thinking comes from The Verge’s Nick Statt who notes that Apple’s latest phone model is a “gift” to accessory makers. By removing an often-used port, Apple has opened the floodgates and soon we’ll be caught in a torrential downpour of over-priced adapters and dongles meant to keep your favorite headphones in use. Even more adapters will make it possible to listen and charge at the same time. Eventually, after replacing or dongling half of the things that connect to your phone everything will go back to normal.

Why might it behoove Apple to make Christmas come early for Belkin? The answer may actually come from an old observation about cities and the contradictions of capital accumulation. Sales of the iPhone have begun to plateau which is scary if that’s the product that gives you two thirds of your revenue. It has, in a sense, reached a very particular kind of surplus accumulation problem.

Surplus accumulation is what it sounds like: the value that remains after capitalists pay for all the equipment and labor they needed to make their money in the first place. If surplus accumulation is democratically collected and managed it can build infrastructure that benefits everyone. If surplus accumulation staying in the hands of capitalists they tend to build things for themselves: mansions, high-rise condominiums, and yachts. The spice must flow, however, and even the most extravagant personal items cannot spend all of the accumulated wealth. That’s when luxury condos, sports stadiums, and convention centers become absolutely necessary for “the economy.” Old things get demolished to make way for the new and the surplus goes back down to manageable levels. Without these massively expensive things and the debt they produce our massively lopsided economy would tip over.

The iPhone is a commodity –a discrete object that can be bought and sold in markets for a specific price– but it has become a little bit more than that. We often talk about “ecosystems” surrounding very popular pieces of consumer technology. It doesn’t take much to get financially (and maybe a little emotionally) invested in these ecosystems and companies like Apple love ecosystems because it makes it harder to switch to a competitor.

All of this you probably know but if we think about that old Silicon Valley saw in terms of surplus accumulation, something interesting happens: more than just a desperate grab to keep you locked into an ecosystem of accessories and apps, the removal of the headphone jack can be seen as a way to increase purchasing of a wider range of products and services. It is a shock to the system that spurs more spending.

Of course, the stakes are much smaller (no one is losing their home to make way for Bluetooth headphones) but the logic is the same here. Smartphones, because so much of our other purchasing habits pass through them, have become small economies that are subject to the same sorts of planned shocks and destruction that our cities experience. I suppose it takes a certain kind of courage to break something so that your customers are encouraged to buy your over-priced headphones.