A Bitter Story about Sugar 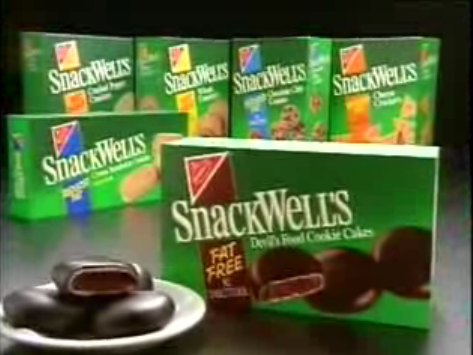 Doctor’s don’t want you to self-diagnose and would prefer you got rid of the internet entirely—a sentiment that is quite understandable. Medical professionals have gone through extensive training, continue to keep up with recent research findings, and are there to help the patients who come under their practice. Moreover, doctors have to maintain these laudable goals under tight time constraints and competing pressures. When a patient comes in with a self-diagnosis and treatment plan acquired through WebMD and responses to their Facebook blast, it not only dismisses the physician’s professional expertise, but also requires time and energy in which the physician has to consider—and often debunk—patients’ firm sense of knowledge based on incredibly partial and unreliable information. I get it.  But with an article released this week that traces the direct influence of the sugar industry upon heart health research, seeking crowdsourced medical advice that originates outside of the established medical canon emerges as both appealing and entirely reasonable.

The past several decades have seen what sociologists call the shifting engines of medicalization. While physicians once held full authority over body knowledge, the rise of internet technologies, in combination with huge advertising campaigns from pharmaceutical companies, has fostered the rise of patient-consumers. Patient-consumers understand medical professionals as service workers upon whom demands can be placed. Patients are no longer wholly reliant upon the medical establishment, but enter into medical encounters armed with information and often, an agenda. Patients’ information comes from pharmaceutical advertising (e.g., restless leg syndrome commercials) and also, web forums, medical blogs, and informal information sharing through personal and anonymous social networks (e.g., Facebook and Yahoo Answers). The debate over patient empowerment through the shifting engines of medicalization is complex, made even more so by role of big pharma. But based on my own interactions with medical professionals and family members who work in the medical field, it is clear that the medical establishment would largely prefer the engines shifted back in their favor.

Even in common parlance, the shared wisdom is for those who feel ill to steer clear of the internet. Googling will make you certain of imminent death. If you dive into the swarm of medical information online, you will leave both misinformed and terrified. Instead, listen to the medical authorities. They went to school for this. They know the research. You can trust them.  Only, you can’t trust them, even if they are individually trustworthy. It’s not that individual doctors are ill-informed or malicious, but the research on which medical professionals rely has as much (if not more) to do with market economies as it has to do the health and wellbeing of patients.

This week, the Journal of the American Medical Associate (JAMA) published an article revealing how, 50 years ago, the sugar industry paid Harvard scientists to write a literature review that downplayed the negative effects of sugar on heart disease and instead, cast fat as the prime culprit. This informed years of nutritional advice and affected American’s everyday food lives (and likely had a global affect, due to the general Westernization of global diets).

Research findings begin in the abstract world of ivory tower scientists and then, find their way to regular people. In the case of medical and nutrition research, the findings make their way into our bodies.  It’s not a direct path, but a mediated one that fosters a feeling of remoteness between those scientists in their lab coats and you, packing lunches and dropping by the pharmacy. The official chain looks something like this:

laboratory –>journal –>practitioner –>consumer. However, the actual chain looks more like this:

Research isn’t cheap and industries invest in research findings that serve their interests.

Although the sugar industry case happened 50 years ago, the practice it represents is far from a past-ill upon which we can look back with the disapproval afforded by wisdom that comes with time and progress. Rather, the sugar industry’s influence on heart research is an early example of a corrupt relationship between food industry and science that continues today. As nutritionist Marion Nestle points out in her commentary on the JAMA article, industry funded research is a continued norm, not an exception, citing ties between Coca-Cola, the candy trade association, and obesity researchers. Just last year, the meat industry successfully lobbied away USDA recommendations for Americans to consume less red and processed meat, despite studies linking these foods to higher rates of cancer and heart disease.

What happened 50 years ago has staying power and affects the lives and bodies of people today, just as ongoing science-industry relationships will stay with us far after the researchers and business tycoons have retired. The outcomes of the laboratory work their way into everyday practices, into folk wisdom passed from parents to children, between colleagues and friends, and indeed, work their way into consumer’s physical bodies. Nutritional research findings inform consumption practices which shape physiology. Those researchers in coats, and the industries that fund them, become inscribed in the bodies of those who—often unwittingly—heed their advice. As a child growing up in the 1980s and 1990s, I can attest to the place of fatphobia vis-à-vis sugar’s acceptability. My “nutritious” lunches in high school often consisted of a white bagel, grape jelly, and juice. This supplemented breakfasts of large bowls of cereal—usually Cinnamon Toast Crunch or Cocoa Krispies.  I basically mainlined sugar all day and felt good about myself (at least I felt good about myself for the 20 seconds I stayed awake after consuming these meals) because their contents had green “fat free” and “low fat” labels plastered upon them.  I followed health guidelines, as did many in my generation, and they were entirely wrong. In this way, the candy industry and meat industry, who invest in research that renders animal protein and white sugar acceptable in the public imagination today, implicate themselves in our bodies for generations to come.

Medical and health information online is not just a product of the ability to create, share, and find content, but can be read as a response to the vacuum created by an untrustworthy medical establishment. Googling your way through food and medical forums may leave those who aspire to good health partially or even entirely mis-informed. But, as long as industry ties itself to science (and as long as scientists allow that relationship to persist), consumers are already misinformed. At least when your fumbling through the internet, you can be sure that the researcher—i.e., you—has your best interests at heart.

Jenny Davis, who still loves a good bagel and wouldn’t say no to a bowl of Cocoa-Krispies, is on Twitter @Jenny_L_Davis