Technologies of Belonging in an Era of Precarity 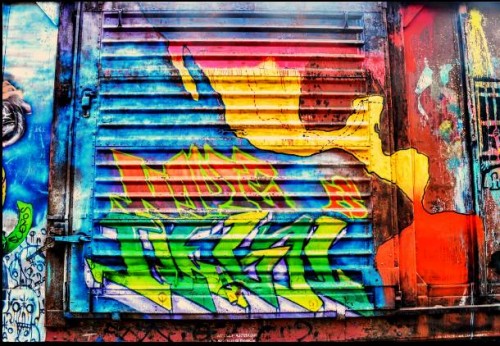 How does technology mediate belonging in an era of both rising connectivity and xenophobia? The rhetoric of globalization would have us believe we are entering a new era of integration facilitated by advances in transportation and information technology, while racist populism is finding currency unseen since the Second World War. These perspectives represent very different views of how the world should work, and reflect one’s position and ability to navigate multiple, entangled systems of belonging, and the technologies making such movement possible.

We order our world with technology, in ways so mundane they escape detection without effort to separate representation of the world from the world itself. This is difficult because language itself is a sort of representational technology. Think of language as the software used in “hardware” (like stop signs or birth certificates) designed to order society.

The last decade has seen dozens of new kinds of hardware and software created to manage individuals’ relationships with the state. What does it mean to “belong” in a state? Is it enough to have legal credentials, or are there cultural and social dimensions that make belonging more than a value in a spreadsheet? Rather than thinking of belonging as a thing one has or does not have, we should think of it as a constantly evolving process. Systems of belonging operate by ordering relations between spaces, things and people, and, importantly, what counts as “people”. This latter distinction is the bedrock from which all other relations are imagined. To be a “person” signifies a special status, the right to have rights. One cannot own things if one does not own one’s self, and one cannot own one’s self if one is not a person.

Belonging has a context in which it operates – a domain where definitions are generally agreed upon, with a stable if evolving framework of relations between people and things, and a means of negotiating them. In the context of globalization and xenophobia, that context is the state, and the means of negotiating these ties are technologies of belonging.

Language and sight are primary technologies of belonging – what language you speak, and how you speak it signals others as much as appearance and behavior can, and all have a long history in the service of the state in determining property and citizenship rights. Every time you hear about a legislature mulling the idea of recognizing an “official language”, you are witnessing an aspect of belonging being crafted.

All persons are entangled with state systems of belonging, though in practice the reach of such systems is uneven and irregular. Many experience dissonance between representations and realities of social relations, and there is often a connection between asymmetrical distributions of power and these dissonances. In present-day liberal democracies, the promise of belonging is a promise of equal protection and access to the law. Between promise and reality, however, is the space where technologies of belonging are employed, co-opted, or subverted, as individuals and groups seek to redefine – or escape – actually existing relations in their respective states.

To answer how technology mediates belonging in a state system, we should begin by outlining how individuals  encounter and interact with such technologies. Technologies of belonging are both mundane and extraordinary, depending on context. They are mundane in that our shared acceptance of their efficacy (if not always legitimacy) allows other systems to function. They are extraordinary in that they become most visible and powerful at the limit of their domain – the border – where one of if not the most visible and powerful examples of a technology of belonging, the border security apparatus, hereafter “BSA”, operates.

US BSAs are sorting machines for belonging to or in a liberal democratic state, yet are often neither liberal nor democratic in practice. Ostensibly designed to protect civil and property rights of US citizens while securing authorized movement of goods and persons in and out of national territory, it often suspends or violates these rights while proving at best ineffective at preventing movement of unauthorized goods and persons across the border, and at worst actively making the border region less secure.

This can be better understood if we separate the framing of BSAs from actually existing BSAs, or more simply, how we talk about them from how they actually work.

BSAs recognize a kind of formal belonging to one or more states – citizenship – established through birthplace, family relation or both, documented with context-specific forms of identification, such as passports and visas, which also affect one’s relationships with states to which one does not belong, with the intent of creating unambiguous ties between persons and states.

Increasingly, however, actually existing relations between people and states may be more precarious than ever, whether possessing documentation of citizenship or not, and struggles for civil and property rights increasingly invisible to persons in different networks of social relations until they reach a breaking point, often taking the shape of direct actions seeking to reframe the social order through co-opting, disrupting, or defying existing technologies of belonging. These networks of social relations may be deeply entangled in physical space and dependency, yet almost entirely isolated from each other in how they perceive the status quo. And when the status quo becomes an existential threat, some kind of direct action challenging the status quo is almost guaranteed.

Belonging-as-tourist, as-migrant, as-refugee, and even as-citizen are filtered through the lens of the “software” of belonging, and ordered through its “hardware” –  passports, visas, customs declarations, and so on. However, these formalized representations of belonging are often mediated as much by history, economics, and the subjectivity of the person assessing the situation as an individual’s safety or documentation does.

For example, non-citizens may be required to secure visas when travelling abroad, depending on country of origin and destination, and that visa may also require a certain level of financial liquidity, good health, or colonial history to be granted. The conditions of the visa may also dictate whether employment is allowed – or required – as a condition. Individuals who cannot meet the requirements of the visa process but are recognized to have imminent threats to their lives or rights may also be granted refugee status in order to achieve recognized entry, yet what is considered an imminent threat varies widely from context to context, again often mitigated by issues with little connection to the individual’s motivation for travel.

Speaking, looking, or acting in ways deemed threatening to a BSA may cause claims of belonging—rooted in formal citizenship or no—to be questioned or denied. Using language associated with threats to the state—perhaps Arabic, Urdu, or a turn of phrase taken out of context—can entangle you just as easily as having the wrong color skin might at a traffic stop dozens of miles from the actual border. 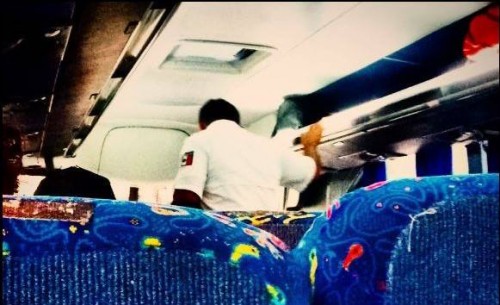 Ironically, increasingly militarized border security practices over the last three decades have seemingly had the opposite effect intended, with little evidence showing drops in undocumented migration, drug trafficking, or terrorism. Such practices restricting movement of persons while facilitating trade may have strengthened organized crime networks while destabilizing local economies, forcing many living in parts of the world where agriculture is the only means of earning a living to either relocate to a place they can sell their labor, or become criminals themselves as a matter of survival. For many, the difference between being a refugee and criminal is as little as how long it has been since they have eaten, or if the odds of being killed by a gang for refusing to join are greater than trying to flee.

Often, the difference between an economic migrant and refugee is so minor as to be irrelevant, the line between organized crime and the state indistinguishable, and to remain in their home country a death sentence.

Such conditions render BSAs ineffective, as they assume non-citizens will be deterred by threat of detention or deportation. In practice, however, consequences of falling afoul of a BSA pale in comparison to motivations for many non-citizens, while their citizenship does not protect them.

Seemingly an incongruous juxtaposition, the ascent of neoliberal and xenophobic perspectives are two sides of the same coin, a product of how technologies mediate belonging in transnational and national social orders. Destabilization created by technologies of belonging facilitating (some) mobilities has generated powerful challenges to existing social orders, and also problematic yearnings for a return to an oppressive past free from such challenges. When the framing of social relations fails entire subsets of the population on an existential level, renegotiation of that framing arising from that breakdown is almost certain.

Breakdown between the framing of belonging and its actual practice need not be a story of failure, however. Dissonance between existing and imagined social relations come to light in practice, and are the data we need to make substantive changes to both the technologies we use to order our world, and between actually existing people who live in it. Failure is the absence of dialogue, and our best defense is to instead to embrace it.

Justin Quinn is a PhD graduate student of anthropology at the University of Florida. His research interests include the anthropologies of the translocal, the state, infrastructure, and development. He has worked in Yucatan on the sustainability of tourism, in Southwest Florida on the role of non-profit organizations in local development, and was a founding researcher of the Sarasota County Water Oral History Project. He is currently researching how various publics represent and practice infrastructure development in México.