Gross is the new like? Grotesque microcelebrity and carnivalesque commerce 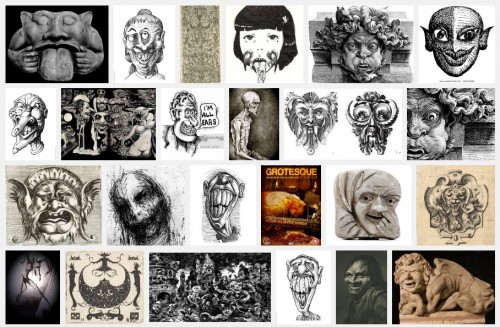 Pretty things are pretty to look at. They bring you comfort, inspire aspiration, or perhaps stimulate vicarious consumption. But have you ever stumbled upon something gross on the internet and yet could not look away?

Me too. (It’s no wonder Dr. Pimple Popper has over 700 million views on YouTube.)

“Picture perfect” Influencers have been thriving on social media ever since they burst into the scene in the early-to-mid 2000s. Having first begun on blogs such as LiveJournal, OpenDiary, and blogger, these self-made internet celebrities have since transited to monetising the presentation of their everyday lives on various social media including Facebook, Twitter, Instagram, YouTube, Twitch, and Snapchat. Perhaps most representative in the popular imagination are “Instagram Influencers” most known for their conscientious poses in pristine locations, luxury-esque conspicuous consumption and savvy internet relatability in tow.

But this economy of the perfect, pristine, and picturesque is growing saturated and fast becoming boring.

In a 7-minute video that has garnered over 20,000 likes, Japanese competitive eater Kinoshita Yuka devours 100 McDonald’s burgers in one sitting, accompanied by enthusiastic commentary in a chirpy voice.

In a Facebook clip (since taken down) that has been viewed over 28 million times, South Korean YouTuber Showry rubs raw octopus and fish all over her body, while clad in a mermaid costume and sitting in an empty fridge.

On his Facebook page with over 31,000 followers, self-employed artiste Steven Lim unabashedly videologues his quest to find the perfect “9.5 pointer” girlfriend with the minimum of a D-cup bra size.

Unlike their counterparts who dwell on the attention of affect, envy, and beauty, grotesque microcelebrities are trading in a new currency of grotesque allure, visceral camp, and carnivalesque commerce where shock value is highly viable. They master the nauseating allure of grotesque exhibitionism on representational media to engross, entice, and somehow enrapture viewers.

But how should we make sense of this?

Are grotesque microcelebrity just another fad?

To make sense of grotesque microcelebrity, I borrow from cultural studies scholar Graeme Turner who approaches celebrity as a “cultural shift” towards the “momentary”, “visual”, and “sensational”; a “gift” of “extraordinary” individuals; and a commodification of identity.

Drawing inspiration from this framework, grotesque microcelebrity emerge as:

A symptom of our move from representational media to presentational media, where users have the increasing ability to negotiate and control their public personae online with “tools with which to become famous” such as social media;

A quality of everyday ordinariness situated at the intersection of the attention economy and the “demotic turn”, where “lived experience of ʻthe ordinaryʼ” appear to be authentic and dedicated representations of everyday life “as lived” despite actually being calculated productions of entertainment in the guise of democratic access; and

A product of “a wedding of consumer culture with democratic aspirations” through mechanisms such as product endorsements and sponsorships.

Yet, conceptually, grotesque microcelebrity are unique from microcelebrity. Significant works have studied microcelebrity as actors who are responsive and conversational, aspirational, aesthetically pleasing, and relatable. Emergent forms of Vine and Snapchat microcelebrity that have been popularized in the last two years have also largely relied on positive emotions such as humour, parody, and wit.

However, grotesque microcelebrity rely on negative emotions and solicits visceral reactions of revulsion, repulsion, and distancing to captivate followers. They objectify the self on display with little dialogue, being anti-aspirational, performing a hyper-aesthetic that counters normative beauty, and inducing shock.

Yuka has headlined global news for her viral binge eating videos. She stands out in the climate of Japanese microcelebrity culture where family Influencers document the upbringing of their adorable children, Cosplayers display their DIY creativity and dedication, and attractive lifestyle vloggers share fashion and makeup tips.

At the start of each video, Yuka lays out the copious amounts of food of which she is about to partake in a flatlay. If she makes the meal from scratch, Yuka holds up ingredients to the camera while recording the cooking process – boiling, simmering, frying, stirring – highlighting heavy foods such as meat and carbohydrates enveloped in oil bubbles and steam. The sheer amount of raw ingredients she uses is often shock inducing as viewers get a clearer grasp of the amount of calories she is actually consuming.

If she purchases readymade food from eateries, Yuka preserves the original food packaging for her opening flatlay, laying one food item at a time on her table in a sped-up, fast-forwarded video sequence. With household famous brand logos such as McDonalds and Pizza Hut on display, viewers are able to identify with the everydayness of the foods Yuka binge eats. This awareness solicits a sense of relatability in viewers, inviting them to compare their ordinary capacity of consumption with that of Yuka’s grotesque intake, as they stare and squirm over stretching the limits of the human body.

Yuka draws viewers in with her chirpy commentary addressed to viewers in first person, while she holds the gaze of the camera/viewers and polishes the foods in one sitting with no hint of discomfort. This is made all the more spectacular as Yuka is skinny, small-built, and fair-skinned, appears to be in her twenties, and gives the impression of frailty through her usual wardrobe of layered tops and cardigans to protect her from the cold – in short, the antithesis of the tropic binge eater whom one imagines to be male, brawny, and hardy.

Comments on YouTube, Facebook, and Reddit where Yuka’s videos often attain virality reveal viewers expressing shock (“I can’t even”), curiosity (“Gotta wonder how much she poops”), and disgust (“This makes me wanna puke”) at her superhuman feats.

Clearly, grotesque microcelebrity are a hit among viewers. But how? Allow the digital anthropologist in me to offer a mini-framework of “grotesque allure”, “visceral camp”, and “carnivalesque commerce”:

Grotesque allure is the strategic use of transgressive and nauseating images and imagery, pushing viewers to adopt a voyeuristic “clinical gaze” that is judgemental, moralizing, and distancing;

Visceral camp is the aesthetic of playful, anti-serious visual displays and theatrics that are exaggerated and outlandish, carefully curated to convey atypical taste and overwhelming to the point of ridicule and primitive gawking;

Carnivalesque commerce is the state of frenzied opportunity in the attention economy, wherein an event suspends the hierarchy of hegemonic microcelebrity, and redistributes attention such that normatively marginal actors may wrestle opportunities to partake in the market.

Despite the apparent discomfort, it is difficult to look away as grotesque microcelebrity grabs viewers in a fixation that is alluring, visceral, and carnivalesque.

Dr Crystal Abidin is an anthropologist and an ethnographer. Reach her at wishcrys.com and @wishcrys. A version of this paper will be presented at the AoIR 2016 in Berlin this October.