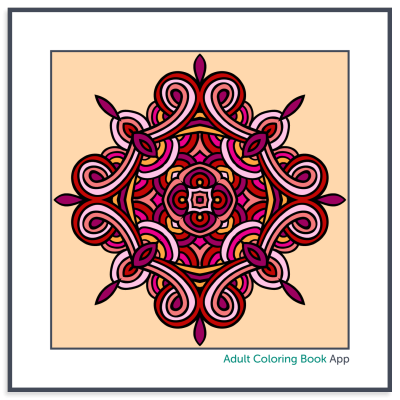 What does it mean to take care of yourself in a cyborg society? How do people with mental illness cope with the demands placed on us in an always-on, work obsessed, and often alienating culture? What sorts of tools are available to us, to help us take care of ourselves? What follows is a relatively personal essay outlining the tools that I’ve found useful. As you might expect, they aren’t universally applicable. They’re just what work for me. But I’d love to hear readers’ thoughts and experiences.

There was a time in my life when I cringed whenever someone told me I should meditate. Maybe because it seemed like it was some hippy-dippy, often appropriative bullshit. In retrospect, I think it was because I didn’t know what it was or how it worked. But mostly, I refused to meditate because I was terrified of being alone with my own thoughts. A lot of stuff goes on my head, and at times it can be terrifying, negative, full of self-loathing and anxiety and fear.

I’d heard that guided meditation was a good alternative, because you aren’t alone. I downloaded an app (“Headspace”) to try it out. The first thing I learned was that the goal wasn’t to completely clear my mind, to remove all thought—instead, it was to learn to refocus when distractions arise, to pick and choose which thoughts are useful to you and which aren’t. This is such a valuable skill to learn for folks with anxiety and fixation on negative thoughts. After the free trial ended, I bought the year subscription; it wasn’t cheap, but it’s paid many dividends. There are many other free programs to try as well.

So much has been written about coloring that I hesitate to say any more. Some people have been very critical of the trend, calling it “low-stake quick-hit escapism wrapped in the faddish trappings of self-medication.” Others have tried to extoll the benefits of coloring in the language of neuroscience and wellness. I certainly have problems with the rise of a new industry trying to solve such a huge problem like anxiety and mental illness when the root causes of these problems are ultimately systemic and structural. It feels a bit like putting a banana on a bullet wound.

But here I am anyway, with several coloring books and gel pens next to my favorite sitting chair. They’ve staved off more than a few anxiety attacks, and with the soothing sound of David Attenborough describing the mating habits of penguins in the background, coloring has become one of my few happy spaces. But here’s a confession that I’m a bit embarrassed of: sometimes, even pen and paper coloring is too much for me. I’m a total perfectionist, and despite my efforts to overcome this, when I accidentally go out of the lines I sometimes feel like scrapping the whole page. You know you have some serious shit to work out when coloring becomes stressful.

So I did what any good digital native millennial does; I got an app. Make a mistake? There’s an undo button! Wish there was a ready-made pallet to make sure your color scheme is complimentary? Here ya go! It’s the one thing in my life that I feel like I have complete control over. It’s comforting. Not everything in life should be easy, and there’s a great deal of merit in doing things that are difficult, in making mistakes and living with them, fixing them when you can. But there’s also something to be said for finding one little corner of the world where you can just hit the undo button and start over.

There’s a reason so many of us come to journaling in our pubescent years, when life often seems terrible and confusing and totally unfair because gosh mom I’m thirteen years old now why are you treating me like a baby? But for most of us, we stop journaling at a certain point. Who knows why? Maybe it feels self indulgent and childish, maybe it’s too much work and we’d rather just watch House of Cards at the end of the day, and maybe we’re afraid of being alone with our thoughts (see above), let alone committing them to pen and paper.

But I’ve found a lot of value in journaling, particularly gratitude journaling in which you find things to be thankful for and do a bit of “bright side” thinking. And when I say pen and paper, I mean it. Not to sound like a digital dualist, but in my experience there is a qualitative difference between typing feelings and hand writing them. I do both. But my thoughts are much slower on paper—I think of things that I might otherwise not have, and the sight of my handwriting and my misspellings and the weird way I curve my g is much more personal than quickly-typed thoughts in Cambria 12 pt font.

I don’t know many people with bipolar disorder, and it can be very difficult to talk about with people who have never experienced it. Forums and discussion groups online have been helpful for me in learning how to articulate my feelings, to feel a little less alone in struggling with my condition, and in finding new tips and tricks for getting by. The bipolar subreddit gave me the impetus and courage to begin seeking treatment years ago, and I’m still grateful to the community for providing a judgment-free space where myself and others can voice things that often seem unsayable. There are countless other sites for people dealing with anxiety, depression, PTSD, borderline personality disorder, and just about every other mental health condition.

There are times when I find myself unable to articulate my feelings and problems in spoken words. When this happens, email, texting, and social media are the tools I turn to for comfort. Emailing an old friend or texting my mom can be a great comfort when I can do little else but vegetate and scroll through comedy Vines trying to distract myself. On the flip side, one of the most important wellness practices for me is knowing when to avoid difficult conversations on Facebook and other sites. When I’m in a manic episode, I can spend hours arguing with someone on the internet; it leaves me empty and exhausted and all too often accomplishes nothing. Abstaining is often as important as engaging.

This may be the most controversial technology I mention here, so I’ll try to give adequate nuance to this topic. The pharmaceutical industry receives a great deal of deserved criticism: it is exploitative, manipulative, corrupt, and often over medicates patients. Sometimes the drugs don’t work. Sometimes the remedy is worse than the disease. Patients are often treated as cogs on an assembly line, medicated and neglected because lithium is cheaper than $200/hour therapy.

But some of us need drugs. I would love to live in a world where I could take two weeks off work because I am suffering from an intense depressive episode where I can barely get out of bed and shower, much less concentrate on something and stop crying for a work meeting. But I don’t live in that world. I live in this one. I don’t get mental health days or paid vacations. I can’t schedule my depression or panic attacks or mania so it all fits neatly into my workweek.

Medication is no substitution for therapy. But it’s a tool nonetheless, and I’ve seen an increasing number of essays and articles that border on shaming individuals for seeking drug treatment. But only you know what is best for you, and there is no shame in making use of something that, for many of us, is a life-saving technology. We have to live.

All of these tools, and the myriad others I don’t mention, are deeply personal. I’ve seen conversations about coloring books or prescriptions drugs that made me feel deeply ashamed of using these technologies in my daily life. I’ve been embarrassed to bring them up with others, often keeping them to myself. A few months ago I was loudly ridiculed for telling a friend suffering from depression that I knew of a great guided meditation app, that I could send him a free 30 day trial if he wanted. “Just go to therapy” was the skeptic’s response. But not everyone can simply “go to therapy,” not just because it’s expensive but because you have to be ready.

And even if you are ready and you’re seeing someone, sometimes therapy isn’t enough. My therapist can’t move in with me. She can’t be there 24/7 to tell me that my negative thoughts are unhelpful, that I deserve to like myself, that I’m being too critical. I need something to take with me, to turn to at times when reprieve from the world just isn’t possible. In these moments of shame and stigma, I remind myself that my life matters, that it’s important, that I’ve been on the brink of losing it before and that I will stop at nothing to hold on to it tightly, regardless of the snickering or the judgment.