My IUD and the Making of My Cyborg Self 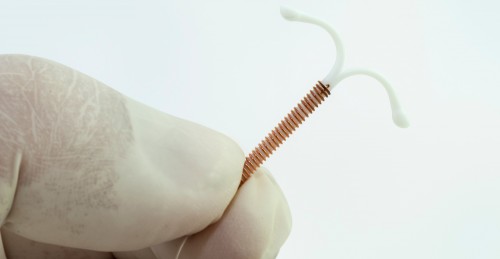 Rose Eveleth’s piece for Fusion on gender and bodyhacking was something I didn’t know I needed in my life until it was there. You know how you’ve always known something or felt something, but it isn’t until someone else articulates it for you that you truly understand it, can explain it to yourself, think you might be able to explain it to others – or, even better, shove the articulation at them and be all THAT RIGHT THERE, THAT’S WHAT I’M TALKING ABOUT. You know that kind of thing?

Eveleth’s overall thesis is that “bodyhacking” isn’t new at all, that it’s been around forever in how women – to get oversimplified and gender-essentialist in a way I try to avoid, so caveat there – alter and control and manage their bodies (not always to positive or uncoercive ends), but that it’s not recognized as such because we still gender the concept of “technology” as profoundly masculine:

Men invent Soylent, and it’s considered technology. Women have been drinking SlimFast and Ensure for decades but it was just considered a weight loss aid. Quantified self is an exciting technology sector that led tech giants such as Apple to make health tracking a part of the iPhone. But though women have been keeping records of their menstrual cycles for thousands of years, Apple belatedly added period tracking to its Health Kit. Women have been dieting for centuries, but when men do it and call it “intermittent fasting,” it gets news coverage as a tech trend. Men alter their bodies with implants and it’s considered extreme bodyhacking, and cutting edge technology. Women bound their feet for thousands of years, wore corsets that altered their rib cages, got breast implants, and that was all considered shallow narcissism.

As a central personal example, Eveleth uses her IUD, and this is what especially resonated with me, because I also have one. I’ve had one for about seven years. I love it. And getting it was moderately life-changing, not just because of its practical benefits but because it altered how I think about me.

The insertion process was not comfortable (not to scare off anyone thinking of getting one, TRUST ME IT IS GREAT TO HAVE) and more than a little anxiety-inducing ahead of time, but I walked out of the doctor’s office feeling kind of cool. I had an implant. I had a piece of technology in my uterus, that was enabling me to control my reproductive process. I don’t want children – at least not right now – and my reproductive organs have never been significantly important to me as far as my gender identity goes (probably not least because I don’t identify as a woman), but managing my bits and what they do and how they do it has naturally been a part of my life since I became sexually active.

And what matters for this conversation is that the constant task of managing them isn’t something I chose. Trying to find a method that worked best for me and (mildly) stressing about how well it was working was a part of my identity inasmuch as it took up space in my brain, and I wasn’t thrilled about that. I didn’t want it to be part of my identity – though I didn’t want to go as far as permanently foreclosing on the possibility of pregnancy – and it irked me that it had to be.

Then it didn’t have to be anymore.

And it wasn’t just about a little copper implant being cool on a pure nerd level. I felt cool because the power dynamic between my self and my body had changed. My relationship between me and this set of organs had become voluntary in a way entirely new to me.

Here: Over thirty years ago, Donna Haraway presented an image of a new form of self and its creation – not creation, in fact, but construction. Something pieced together with intentionality, the result of choices – something “encoded”. She offered a criticism of the woman-as-Earth-Mother vision that then-contemporary feminists were making use of, and pointed the way forward toward something far stranger and more wonderfully monstrous.

The power of an enmeshing between the organic and the technological lies not only in what it allows one to do but in what it allows one to be – and often there’s no real distinction to be made between the two. We can talk about identity in terms of smartphones, but when we come to things like technologies of reproductive control, I think the conversation often slips into the purely utilitarian – if these things are recognized as technologies at all.

Eveleth notes that “technology is a thing men do”, and I think the dismissal of female bodyhacking goes beyond dismissal of the utilitarian aspects of these technologies. It’s also the dismissal of many of the things that make it possible to construct a cyborg self, to weave a powerful connection to the body that’s about the emotional and psychological just as much as the physical.

I walked out of that doctor’s office with my little copper implant, and the fact that I no longer had to angst about accidental pregnancy was in many respects a minor component of what I was feeling. I was a little less of a goddess, and a little more of a cyborg.

And lingering cramps aside, it felt pretty damn good.