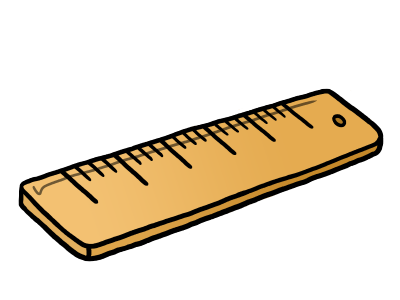 “You know what they say about men with small hands?”

Shame and genitals go together like peanut butter and jelly. The story of Adam and Eve tells us just how enduring this shame is. With knowledge came shame, and their nakedness and the differences of their genitals started a downward spiral of fear—fear of our own genitals, and fear of others. From mutilation of the labia and clitoris, to castration, to the disturbing obsession with the state of transgender and nonbinary people’s genitals, we have been conditioned to judge, manipulate, and even destroy these most sensitive body parts. And I really, really wish we would stop doing that.

A few weeks ago I saw an image circulating online of Donald Trump, elegantly illustrated and sporting a small penis. I have yet to find myself defending Trump for literally anything, but I was disturbed to see so many lefties sharing an image that contributes to a culture in which masculinity is defined by body parts and individuals can be denigrated based on what’s in their pants. None of this is to equate transphobia or genital mutilation with a meme about Trump’s penis—rather, it’s important to recognize that all of these phenomena are wrapped up in the same cultural fear of genitals, and specifically the ways they can transgress the binary gender regime.

Queer theorists like Judith Butler and J. Halberstam have frequently noted how complex the relationship between genitals and gender is, and how those distinctions are used to reify systems of oppression and disenfranchisement. Butler notes in Gender Trouble that we often make the mistake of believing that gender is the cultural manifestation of sexual difference when, in fact, sexual distinction relies on the binary gender regime and compulsory heterosexual matrix. Sex doesn’t make gender. Gender makes sex. This is a dramatic oversimplification of the argument—the two reify each other constantly, and ultimately Butler’s goal is to dismantle the nature/culture distinction that the binary gender regime relies on, but the point stands.

The need to reinforce these binaries manifests in our compulsion to mutilate the genitals of intersex infants, to determine the “realness” of an individual’s gender based on whether or not they have a vagina, and to gauge the masculinity of a cis man based on his penis size. Penis size is often used to explain why a cis man is “compensating” for some weakness by purchasing expensive sports cars or being a bombastic braggadocio. The accusation of having a small penis is a mechanism for policing masculinity. What disturbs me about this trope is that it persists at a time when notions of sex and gender binaries are finally being chipped away at. The failure to see why it is toxic to critique Trump based on a presumption about his penis is a failure to see the root problems that allow for the perpetuation of genital shaming, and its often horrific consequences. If we can’t see why penis-shaming Trump is bad, how can we tackle systemic sex- and gender-based oppression?

I could go on to cite psychoanalytic approaches to genital shame, statistics on the relationship between penis size and self-perception, or the history of the penis as a tool of patriarchal domination against people of all genders, but I’m not going to. I’m simply going to plead with you to stop attacking someone’s character based on your assumptions about what’s in their pants. There are so, so many reasons to hate Donald Trump. His penis really shouldn’t be one of them.

Edit: It’s worth noting what the artist of “Make America Great Again,” mentioned in this essay, says about the piece, which runs counter to my argument here. The artist writes: “One should not feel emasculated by their penis size or vagina, as it does not define who you are. Your genitals do not define your gender, your power, or your status.” As always, art is open to many interpretations. In my observations, the image was shared by people intending to emasculate Trump, an interesting dynamic given the artist’s stated intentions and the agency of discourse.