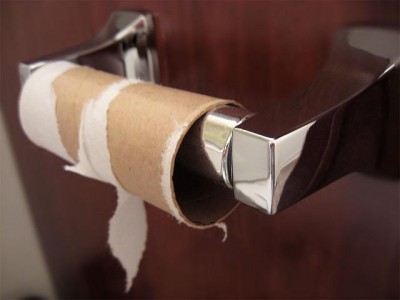 “So, is anyone going to bring up the masturbator thing in the bathroom?”

“Oh, you mean the bidet? I was wondering if anyone would mention it. Masturbator? What makes you say that?”

“I dunno, it’s just weird I guess” Cheryl replied. “When did you get it?”

“A couple of days ago. The pipes are old and the toilet kept clogging. I read online that getting a bidet can help. It cuts down on paper use.”

“Wait, so you don’t use paper anymore?” Neil asked.

“No, I still use paper. But just… less. Because… ya know… it’s like, cleaner before…” This was a lot harder to explain that she’d anticipated. Poop. Spray. Wipe. For some reason saying that out loud seemed much more embarrassing in the moment than when she’d practiced to herself before the party.

“You don’t use as much paper because you’re already clean. You just have to dry off.”

“So, how does it work?” someone chimed in.

“It just hooks up to the water supply and attaches to the toilet seat. The knob controls water pressure. So, if you’re gonna use it, start slow.” She laughed a bit, realizing how embarrassing it was to give that warning.

“Yeah, it’s cold. But you get used to it really quickly. After a couple times it doesn’t even bother you.”

“You’re trying to tell me you shoot cold water at your asshole, and it doesn’t bother you? What the fuck?”

“So what’s it like?” Folks were starting to get curious. This was kind of exciting. Like having some exotic pet.

“I really like it. It’s… refreshing? I definitely use less toilet paper. And it’s a real time saver. And obviously I feel a lot cleaner.”

The thought of feeling clean—not just getting rid of dirt or shit but all the different ways a person can feel clean— brought up unexpected memories. She remembered a vingette in a book she’d read long ago, The Girl in the Tangerine Scarf, a novel about a family of Muslim Americans facing Islamaphobia and culture clash in the Midwest. The passage she remembered was a discussion about dirty American buttholes, and how water was the only way to become truly clean. The father in the story, if she remembered correctly, had pointed out the irony of Americans’ belief that they were the more civilized society, while they walked around with shit in their ass cracks all day.

“How much was it? I heard they’re expensive.”

“Some are I guess, but mines a pretty basic setup. No heated seats or butt dryers or anything. It was like $25 on Amazon. That’s the only reason I bought it. I figured if I didn’t like it, it wasn’t a huge investment.”

“I use those wet wipe things. They’re pretty good, and you can just flush ‘em.”

Wow, we’re doing it, she thought. We’re talking about how we clean our asses.

“Maybe if you have decent pipes, but mostly they don’t disintegrate and they clog up the plumbing really bad. And I’m not keeping poop napkins in my trash.”

“I dunno, it seems like a good way to get yeast infections or something,” Chris retorted, their nose wrinkling.

This was starting to get intense. She felt on the defense, like she was personally invested in this piece of plastic that cleans your butt, like she needed to shield it from the naysayers.

“Actually, a lot of doctors think it can lessen lots of infections. Because… ya know, it’s cleaner.”

“I dunno. I think it might be kind of nice. I wonder why they’re not more popular in the states. When I went to France last summer they were everywhere.”

“Did you use any when you were in France?”

“Nah, too intimidating. The ones I saw were separate from the toilet, and I wasn’t really sure how to do it. I sorta thought I might end up drenched in poop water. Pretty silly now that I’m saying it out loud.”

“They’re pretty common in most parts of the world—Europe, South America, Japan… I think Americans don’t like them because we’re all so puritanical.”

“Also homophobia. Because, of course, anything that touches your butt is gonna turn you gay.”

Everyone chuckled a little. Some of the obvious discomfort eased a little.

“Yeah. I mean, it doesn’t reach the level of arousal or anything, or not for me at least. But it feels good. Sorta like when someone scratches your head, or when you take your watch off and the skin is all soft and touching it feels cool.”

An uncomfortable silence settled, and someone stood up and announced they were going to get a beer. Two others followed. The hostess wondered if she’d committed some faux pas by explicitly saying that the bidet felt good. Yes, obviously I did. People do not typically express pleasure over spraying their buttholes with cold water in decent company.

Time passed, and the conversation on anus-cleansing practices gave way to more respectable topics like Supreme Court decisions and new additions to Netflix. The party was starting to wane, empty beer bottles on every surface, the pile of coats getting smaller and smaller. She walked toward the kitchen to start sorting bottles and then she heard it—the unmistakable sound of the bidet. Someone had given it a go. She smirked, and averted her gaze when the user left the bathroom. She was strangely embarrassed that she knew someone had just used it, even though she wasn’t terribly embarrassed to own it.

When the party was over, the guests gone home, she laid in bed thinking over the conversation about the curious device that performed a basic, everyday, yet unspeakable function. A device that, to her mind, was far preferable to the toilet paper tyranny that so often goes unchallenged. But she was absolutely convinced that the whole thing had made at least a few guests bidet curious. The gospel was spreading. It was only a matter of time. The bidet revolution had begun.

Great! I like this vignette. Also it's a very pleasing device to use. Like you said, not to the level of arousal but still rewarding. Much nicer than a dry wipe. I might look into getting one myself. Thanks for the story!