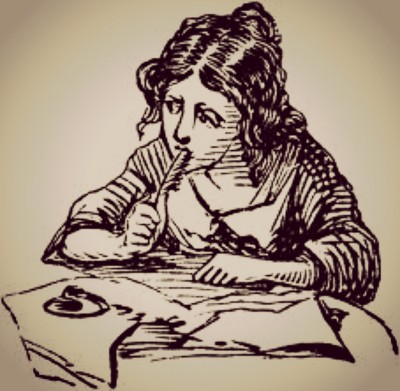 Stephen Hull, editor of Huffington Post UK, created a bit of a stir a week ago when he admitted that the site does not pay its writers.

That statement alone would have raised eyebrows high enough. What made a lot of eyebrows especially frowny and angry is the way in which he then proudly defended this practice as something admirable, something the site’s unpaid writers should not only accept but be pleased about:

…we don’t pay them, but you know if I was paying someone to write something because I wanted it to get advertising pay, that’s not a real authentic way of presenting copy. So when somebody writes something for us, we know it’s real. We know they want to write it. It’s not been forced or paid for. I think that’s something to be proud of.

Let’s unpack that language. Let’s call particular attention to the words authentic and real. Authentic is a kind of ideal, an unquestioned Goodness; real accompanies it as a matter of course. At the conceptual opposite end is fake, which is unquestionably Bad. So writing that’s been paid for – even worse, that’s been produced with the expectation of payment – is neither authentic nor real. It’s fake, and therefore unreal, undesirable, and bad.

(Apparently paying someone is tantamount to “forcing” them, which I can’t even.)

(Actually, no, I can. The implication there – I think, it’s not entirely clear to me – is that writing produced for pay has somehow been pried out with a crowbar rather than created with a magical flourish of heartfelt inspiration. So again: fake and bad.)

(I’ve written most of my professional fiction with crowbar firmly in hand.)

I don’t think this can be emphasized enough: Stephen Hull is essentially saying that if you accept payment for your writing, your writing is bad and you should feel bad. He would probably disagree that he’s going that far, but he would be wrong.

He would also disagree with the claim that because writers aren’t paid, they aren’t compensated, because writers who have their work published by the Huffington Post get something far more valuable than fake bad money – which is, of course, exposure. Which, as Wil Wheaton says, does not enable you to pay your rent.

There are a lot of things that are fairly horrible about this, and so far I haven’t said anything that other people haven’t already articulated better. Aside from the issues above, there’s the fact that the Huffington Post is profitable to the tune of millions of dollars and can completely afford to pay their writers (just as an aside, the money I generally take for my fake bad short stories starts at the Science Fiction and Fantasy Writers of America’s minimum rate, which is six cents a word – between $200 and $300 per story – and which is paid to me by relatively unprofitable fiction magazines who nevertheless somehow manage to scrape together the resources to do so, maybe by digging between the couch cushions or something), so we’re dealing with a pretty cut and dry case of exploitation.

But beyond that, as Chuck Wendig points out, the even more problematic assertion here is that writing should not actually be considered labor at all:

The lie is this: writing is not work, it is not fundamental, it is a freedom in which you would partake anyway, and here some chucklefuck would say, haw haw haw, you blog at your blog and nobody pays you, you post updates on Twitter and nobody pays you, you speak words into the mighty air and you do it for free, free, free. And Huffington Post floats overhead in their bloated dirigible and they yell down at you, WE BROADCAST TO MILLIONS and DON’T YOU WANT TO REACH MILLIONS WITH YOUR MEAGER VOICE and THIS IS AN OPPORTUNITY FOR YOU.

The background for this is an even larger and more pervasive problem, and one that Millennials arguably face to an unprecedented degree: that the most important thing is to “do what you love”, and that anything not done for love is less legitimate (and I would add that in some cases the argument is that if you’re fortunate enough to do that, the love should compensate for low or even absent pay; see also unpaid internships). It’s the same kind of exploitation wrapped up in ostensibly noble ideology, and it’s one that emphasizes the gap between those who are privileged enough to survive just fine on Doing What They Love, and those who have to make a living however they can:

One consequence…is the division that DWYL creates among workers, largely along class lines. Work becomes divided into two opposing classes: that which is lovable (creative, intellectual, socially prestigious) and that which is not (repetitive, unintellectual, undistinguished). Those in the lovable-work camp are vastly more privileged in terms of wealth, social status, education, society’s racial biases, and political clout, while comprising a small minority of the workforce.

For those forced into unlovable work, it’s a different story. Under the DWYL credo, labor that is done out of motives or needs other than love—which is, in fact, most labor—is erased.

The credo of DWYL is a primary part of what allows the Huffington Post to get away with this offensive nonsense. Or at least to believe that it can and ought to.

Again, I’m not really saying anything new here. But what I don’t think I’ve seen addressed specifically enough is the fact that the Huffington Post is assuming and encouraging the assumption that a writer shouldn’t draw distinctions between the various kinds of writing they do. That if sometimes you write for passion alone, all your writing should be for passion alone. If you’re a real authentic writer, all the writing you do is either imbued with this real authenticity – or it isn’t.

This is insidiously, romantically appealing. It’s also utterly ludicrous. My professional fiction writing is not my fanfiction writing is not my essay writing is not my academic writing is not the writing I’m doing right this minute. These are all different realms and they’re different kinds of work, despite obvious similarities. Leave aside for the moment the extremely pertinent question of whether someone other than you is materially profiting from the writing you do for free, and consider that while I count all of those forms of writing labor in their own way, I personally determine whether I should be materially compensated for that labor. I do this by drawing distinctions not only between those different categories of writing, but by drawing distinctions regarding what I get out of doing this labor and who my audience is and what my relationship with them happens to be.

When I write professional fiction, I’m writing for a professional community that simultaneously takes writing seriously as an art form and considers it something worth set amounts of money. When I write fanfiction, I’m writing for a community that operates on the basis of a gift economy, where not only am I happy to not be paid but would in fact prefer that capitalism never get involved at all. When I write blog posts, I’m doing something similar in that I’m engaging in a conversation with a community and I’m doing so on my own time. Those distinctions are meaningful and legitimate and important, but by throwing words like authentic around, the Huffington Post is arguing that they aren’t. The only meaningful distinction is whether or not the writing is real.

Real writing isn’t worthy of compensation. In fact, it’s too good for compensation. It’s not work. It’s passion. It’s art. And something cannot be all three of those things simultaneously.

So while this is bad in and of itself, it’s part of something worse. And the lie isn’t only that passion and payment are mutually exclusive but that all writing is basically the same at the molecular level, and it exists as one option in a binary set. Which needs to be fought, and hard. As John Scalzi wrote back in 2012:

If you try to mumble something at me about writing for free on this site, I might feed you to wild dogs. When I write here, it’s me in my free time. When I write somewhere else, it’s me on the clock. Here’s a handy tip to find out whether I will write for you for free: Are you me?

And what I think every writer should adopt as a motto (emphasis mine):