FOMO for Writers: in which bad puns are mostly avoided 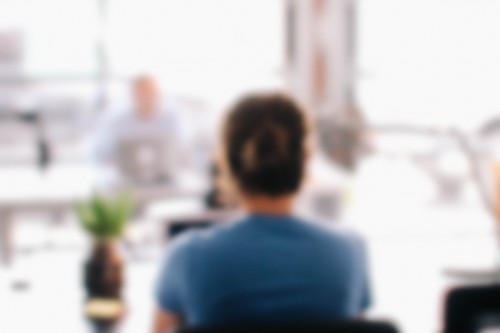 This past year, I sort of disappeared from Twitter. Not completely – I’d poke my head in now and then – but for a number of reasons I stopped checking it at all regularly.

One of the things that ended up keeping me away for longer than I might otherwise have been was how it felt, those times when I poked my head back in. It was intimidating in a way it hadn’t been before. It was like I had been missing a long series of conversations that added up to one enormous conversation, and I no longer had any idea what was going on. Friends and colleagues and friend-colleagues with whom I used to be in nearly constant touch were suddenly discussing things I didn’t know anything about, and the prospect of trying to catch up was overwhelming. I felt like I had nothing to contribute to the conversation I left behind months ago. It was like a party I would wander into, circulate in kind of a distant and awkward fashion, and leave again. Because I had nothing to say.

I like people, but I’m very bad at feeling like I belong anywhere. It’s my default to feel like a fraud in any crowd I’m a part of, and awkwardness has a way of turning into a withdrawal spiral. This began in physical space, but physical space doesn’t have a corner on making me feel that way. Not at all.

Please note the extraordinary self-control I’m exercising here by not making a conversation pun. There’s already enough of that in the names of the cons itself and I don’t think I should add to it.

And then when you get back you have something to talk about on Twitter, with the people you now know.

Unless you’re bad at Twitter, and you can’t afford to get to a con.

I’ve heard many people say they can only afford to go to one con a year. They have to pick carefully. This is their social circle. This is their career. If they don’t go, there are consequences.

…Okay, I legitimately didn’t mean to make that one. Sorry.

Here’s another wrinkle: at least in SFF writerdom, there is really no meaningful distinction between friends and colleagues. Which, sure, is true of a lot of fields. But these relationships are particularly close, and the professional utility of these friendships can be very high. There are costs to missing out, to not being at the right place at the right time to meet the right person. Missed connections are a real thing. Because here’s another wrinkle: it’s not just about being talented. It’s about being noticed.

Yeah, generally you get noticed when you’re very talented. But not always. Sometimes people just… don’t get noticed. You can write the best book ever but people can’t buy it if they don’t know it’s there. There are thousands of short stories published every year, and many of them are fabulous. Not all of the fabulous ones get seen by the right people at the right time. There are cracks, and people and work together fall through.

My sense is that this isn’t a truth people are very comfortable with, because its implications aren’t comfortable ones. But I do think it’s true.

For me personally, this becomes especially poignant around about awards season. People are talking about the work that caught their attention, that excited them, that they think is especially worthy of note. People are making lists. People are posting all their eligible stuff and inviting examination.

I don’t know of a single person who will cop to enjoying that, the Here Is My Stuff thing. I hate it. It makes my skin crawl. But you sort of have to. Because there’s so much stuff out there, and it’s easy for your voice to get lost.

It’s easy, if you’ve been away for a while, to come back and feel lost. It’s easy to be silent about your own stuff.

So it’s easy to be forgotten. Or God, it really feels that way.

It’s an old and very bitter myth, this idea that being successful in writing is “all about who you know.” And yeah, it’s not all about that. But it is about that. It’s about which conversations you can be part of, with who, regarding what. It’s about who’s keeping an eye on you and what you produce – which attention you earn, but even so. It’s about the room parties and the panels and BarCon, HallwayCon, FloorCon, all the places people congregate and talk shop and talk shit. It’s about making friends and it’s about self-promotion, and again, I think that when you’re a writer the line between those things is practically nonexistent.

There are all kinds of reasons why someone might be bad at social media, having to do with both the body and the mind – because engagement with social media is embodied, and no mental illness or emotional problem exists in isolation from someone’s physical experience of life. Social anxiety isn’t just about the difficulties of walking into an actual room full of actual people. Depression isn’t just about not going outside.

There are all kinds of reasons why someone might not be able to go to cons – money and health being the two big ones, though there are lots of others.

This is especially ironic when we’re talking about writing, which is by nature such a solitary thing. The actual business is done alone and internally. The business side of the business is the exact opposite, and I don’t think it comes easily to many of us. For some of us it’s nearly impossible. A lot of us are not exactly rolling in cash. I’m probably not going to Worldcon this year, and World Fantasy Con is a big question mark. But I’m scraping together money and courage and medication, and going to whatever cons I reasonably can, because I’m lucky enough to be in a position where I can go to any, and because I basically have to.

Because I know there are consequences for not doing so.

And I guess I’m also hoping that when I get back, I’ll hop on Twitter and have some things to talk about.

I'm beginning to think that writers who aren't willing or able to play the social game need to band together and do something else. You can only go so long with the rules of your avocation being set by other people with other interests. So what are the alternatives to cons and twitter?

Keep in mind that for many people, the social part isn't a "game." It's not a thing some of us do because we think we'll get something out of it, but because we genuinely enjoy connecting with others in our field. It doesn't make it any easier, especially for those of us with mental health issues, but I know for my part when I risk the money and the anxiety and the physical exhaustion, it's not because I think it'll boost my chances of winning an award. It's because it's what I have to do to get the simple, pleasurable, and (for me) vital communal "water cooler" experience that people in so many other professions have built-in.

Banding together is a form of the social game. It doesn't matter how you play. Alternatives are local writers' groups, forums like Critters and Codex, working for a zine or a cause, using other social media like Facebook or Tumblr, or exchanging ideas in the comments sections of places like Tor.com, io9 and SF Signal. Some forms of making connections are more effective professionally than others, but it's the connection that counts.

[…] is this article from Sunny Moraine on the melancholy of non-con attendance. There’s this from Kameron Hurley, […]

[…] Sunny Moraine has a lot of smart things to say about going to cons, too: […]